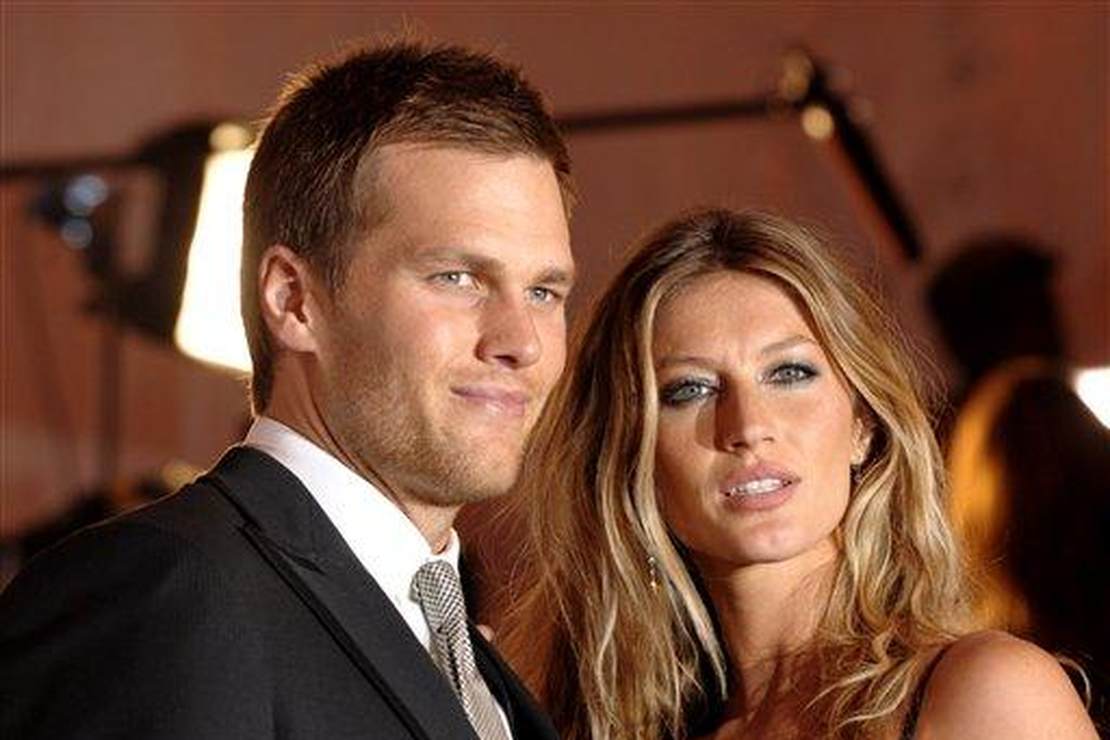 Speculation has run rampant in the media about the status of Tampa Bay Buccaneers quarterback Tom Brady’s marriage to former supermodel Gisele Bündchen, since before the start of the new NFL season in late August. As my colleague, Bob Hoge wrote a little over two weeks ago:

As the Tampa Bay Buccaneers prepare to take on the Dallas Cowboys in their season-opener Sunday at 8:20 pm EST, many wonder if star quarterback Tom Brady’s private life could distract him from his performance as he enters his 23rd year. Rumors abound on every sports site that Brady and his wife, supermodel Gisele Bündchen, are at odds over his decision to return to the NFL in March less than two months after officially retiring. He missed 11 days of training camp in August, an extremely unusual thing to do for such a dedicated player, and wasn’t exactly forthcoming about his absence[.]

Bob also included tidbits shared by “insiders” to their confidante/writer pals at both the Daily Mail and People magazine, implying that “Gisele was not happy when Tom un-retired from the NFL after such a short time,” and they were having “marital problems” over the issue.

In the interim, things seem copasetic between the husband and wife superstars after Brady’s “leave of absence” from the Buccs, which caused him to miss the team’s first pre-season game. But you wouldn’t know it, if you browsed through social media or read the headlines after the conclusion of Week Three gameplay on Sunday.

US magazine pushed out a new story that Gisele has yet to attend a Buccs game in 2022 — in fact, their kids attended the game without her this week. Ironically, the publication reported on September 15 that the couple is now living apart, but an “insider” struck a hopeful note:

On Friday, September 9, another insider exclusively told Us that “there is tension between them” due to Brady’s extended career. The source added that the sports icon is “doing everything he can to make it up to” Bündchen and there may be hope for reconciliation.

“They’re working through things and trying to come out the other side,” the insider noted.

But where am I getting this certainty that all is well with their marriage? That’s according to Gisele, who’s in a position to know. Who would you rather believe — nameless, anonymous “people in the know” or one of the participants in the marriage? In the October cover story/interview in Elle magazine, Gisele doesn’t leave

Gisele Bundchen told Elle magazine in an interview she would like her husband, Tom Brady, to be “more present” in the family’s life but supports his dreams. https://t.co/Z89KaHdonM

any topic in doubt, telling the interviewer that the couple is 100 percent at peace over Tom Brady’s “decision” to return to the gridiron–and beyond:

“Obviously, I have my concerns—this is a very violent sport, and I have my children and I would like him to be more present. I have definitely had those conversations with him over and over again.”

“Obviously, I have my concerns — this is a very violent sport, and I have my children and I would like him to be more present. I have definitely had those conversations with him over and over again. But ultimately, I feel that everybody has to make a decision that works for [them]. He needs to follow his joy, too.”

Like in any healthy marriage, it appears Gisele and Tom have struck a balance between their careers and family life:

“I’ve done my part, which is [to] be there for [Tom]. I moved to Boston, and I focused on creating a cocoon and a loving environment for my children to grow up in and to be there supporting him and his dreams. Seeing my children succeed and become the beautiful little humans that they are, seeing him succeed, and being fulfilled in his career—it makes me happy. At this point in my life, I feel like I’ve done a good job on that.” Looking forward, Bündchen is going to make more space for her dreams, too. “I have a huge list of things that I have to do, that I want to do,” she says. “At 42, I feel more connected with my purpose.”

So, how does she feel about all of the years she’s put her own career and ambitions on hold, instead supporting Tom’s, while staying at home and being a mother?

She likens the shift from the full-throttle pace of her twenties to the quiet family
routines of her thirties to summiting a mountaintop and then descending into a valley. Bündchen happily made the switch. “I’m so grateful to have been there in those moments that were really shaping who they are as people,” she says of her children’s early years.

Does that sound like a marriage in crisis to you? Me, neither.

Police in the U.K. launched 60 investigations into allegations that two men raped a British woman. However, now the woman who claimed to be a sexual … END_OF_DOCUMENT_TOKEN_TO_BE_REPLACED

I must confess I don’t watch fishing competitions, the result in the Lake Erie Walleye Trail competition that occurred on Friday certainly captured my … END_OF_DOCUMENT_TOKEN_TO_BE_REPLACED

Florida is beginning its recovery after being slammed by Hurricane Ian, and Gov. Ron DeSantis has a … END_OF_DOCUMENT_TOKEN_TO_BE_REPLACED

A New York man claimed that he was paid $21,000 for trading in 3D-printed guns at a government … END_OF_DOCUMENT_TOKEN_TO_BE_REPLACED

Once upon a time, back when “Saturday Night Live” was funny on a consistent basis in the late 1980s, … END_OF_DOCUMENT_TOKEN_TO_BE_REPLACED