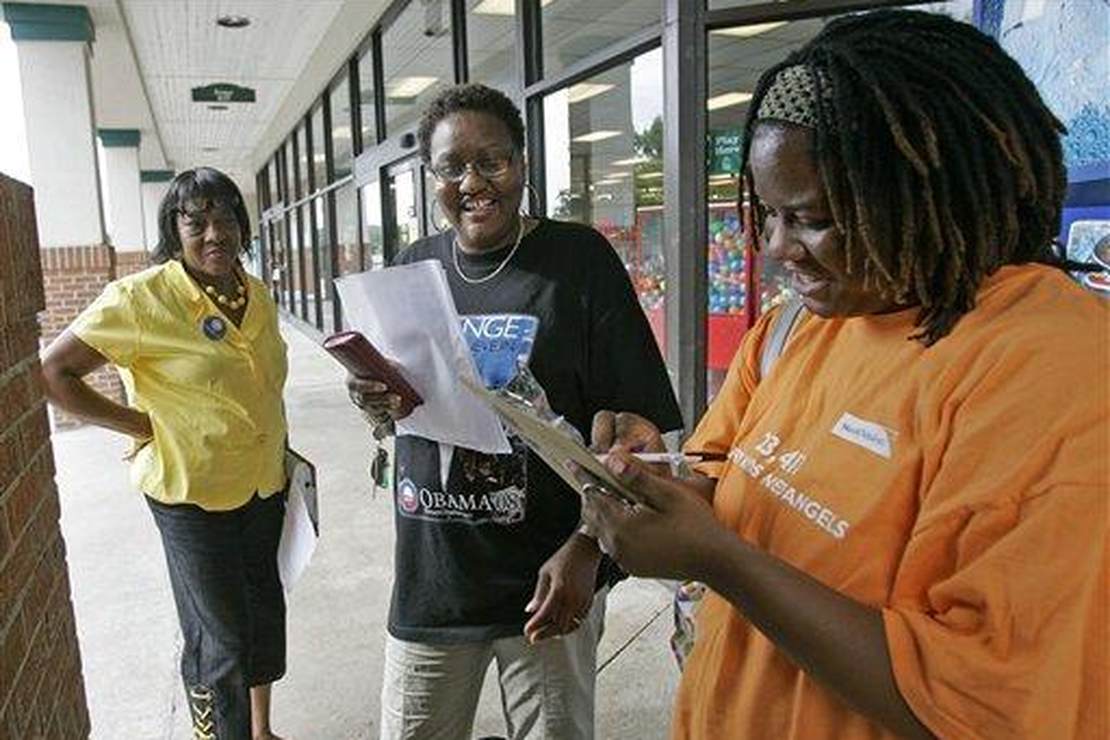 It’s official. The Democrats are losing Black and Latino voters, according to exit polling after Tuesday’s midterm elections.

This development has been the topic of discussion ever since polling earlier this year showed a higher percentage of minorities indicating a willingness to back a Republican candidate over Democrats. But now that the numbers are in, it is apparent that the left has a people of color problem.

According to exit polls conducted by CNN, Democratic support among minority men and women has dropped considerably from where they were after the 2018 midterm elections.

Democratic candidates enjoyed an 85-point advantage over Republicans with Black women. This year, this number dropped to 78. Among Black men, the Democrats’ lead dropped from 76 percent in 2018 to 65 percent in 2022. This represents a seven-point drop among Black women and an 11-point drop for men.

Needless to say, this is not good news for Democrats. The party still leads Republicans with Black and Brown voters, but their advantage is starting to shrink significantly. If they do not find a way to reverse this trend, it will only get worse for the left.

There is a multitude of factors contributing to this trend. Much of the issue is economic. Both demographics cited inflation and economic concerns as their top priorities going into the midterm elections. Democrats’ performance in this regard has been rather abysmal, despite their claims to the contrary. The notion that the economy wasn’t as bad as it seems was a hard sell when people are paying substantially more for groceries and gas.

Another issue – especially when it concerns Black voters – is the reality that Democrats have shown that they take minority votes for granted. Black people, in particular, have been complaining that the Biden administration is intent on doing for every other group while telling African Americans to keep waiting for them to effect positive change. It seems many in the Black community have lost patience and either decided to give Republican candidates a chance, or stayed home when it came time to vote.

What we are witnessing now is the beginning of a sea change. People of color are becoming increasingly disenchanted with the party to which they have shown remarkable loyalty for decades. Nevertheless, this does not mean they are automatically gravitating toward Republicans. I contend that this shift is more a result of Democrats pushing people away than the GOP attracting them.

However, it is still worth noting that at least some in the Republican camp understand the importance of building a bigger tent. If the former Party of Lincoln can figure out how to rebuild its relationship with nonwhite voters, it will only accelerate the process. At this point, it appears the days of Democrats winning Black and Hispanic support despite taking them for granted might be coming to a close.

The Democratic Party has long counted on votes from minorities. However, in recent years, that strategy has shown signs of potentially backfiring. After all, more and more Hispanics are starting to vote Republican. While they still lean mostly toward Democrats, Hispanics seem to be shifting.

So, it seems Florida Democrats are looking at gun control as an issue to sway them to come back.

Annette Taddeo walked to a podium overlooking Miami’s Biscayne Bay and described to her audience how she had fled terrorism as a teenager in Colombia and now feared for the safety of her 16-year-old daughter at an American public school.

A blue and bright orange bus behind the Democratic congressional candidate carried this message in Spanish: “A future without violence.”

“Latinos are here because of the American dream, and it is really hard to do that when you are worried about your kids’ safety,” said Taddeo, a state senator who is challenging a Republican congresswoman, María Elvira Salazar.

I’m sure they did come here for a better life.

However, if you take a look at the nations they came from, the United States has less violent crime than just about all of them. So why would Hispanic voters believe the United States is inherently unsafe because of our gun laws?

I mean, every nation on that list has very strict gun control laws in place–laws much stricter than here in the US–and yet their homicide rates his lightyears beyond ours.

So, why would gun control be a winning tactic?

In Florida, there is a reason Democrats think it will be:

Gun violence, meantime, is a particularly powerful issue in Florida, where two of the deadliest mass shootings in recent years have occurred. Spanish-language media have given wide coverage both to the elementary school shooting in Uvalde, Texas, a predominantly Hispanic area, and to the penalty trial of the shooter who attacked a high school in Parkland, Florida, in 2018.

In an Associated Press-NORC Center for Public Affairs Research poll conducted in June, 35% of Latinos named gun issues in an open-ended question allowing people to identify up to five issues for the government to be working on in the next year. That compared with 18% in late 2021 and 10% in 2020.

That’s interesting, but the article fails to define what “gun issues” actually means here. See, the phrase “gun issues” could mean gun control, sure, but it could mean the restoration of gun rights as well. As such, I think putting too much stock in this poll may well be a huge mistake.

Especially since the article goes on to note that many immigrants are explicitly against gun control–not just in Florida, but in the US in general.

So why are Democrats pushing this?

Because they don’t actually think very highly of Florida’s Hispanic population. They actually think that because they’re minorities, they are going to view things the way Democrats expect them to. Look at the quote from Taddeo above. She talks about immigrants and what they want but forgets about where they came from. She makes no reference to the violence and poverty they left and offers no acknowledgment that the United States is actually safer than where they came from.

Can we do better? Oh, no doubt. Yet many of those Hispanic voters recognize that gun control isn’t the answer. Many of them have seen how gun control disarms the good guys while the criminals are still able to acquire firearms, thus putting law-abiding citizens at a severe disadvantage.

They’re not necessarily interested in going down that road again, nor should they be.

On Friday, CNN security analyst Juliette Kayyem suggested making 26 the minimum age to purchase an AR-15. Kayyem made her comments after being asked … END_OF_DOCUMENT_TOKEN_TO_BE_REPLACED

The Walt Disney Company was expecting big things from their latest animated movie "Strange World," the House of Mouse's first movie to feature an … END_OF_DOCUMENT_TOKEN_TO_BE_REPLACED

(The opinions expressed by contributors are their own and do not necessarily represent the views of RedState.com.) While it hasn’t received much press … END_OF_DOCUMENT_TOKEN_TO_BE_REPLACED

Quick-thinking cops in St. Petersburg, Florida, are being praised for preventing a potential “mass … END_OF_DOCUMENT_TOKEN_TO_BE_REPLACED

Most Americans are not personally worried about contracting coronavirus, a survey from The … END_OF_DOCUMENT_TOKEN_TO_BE_REPLACED

Nearly a quarter of Americans said they have not been vaccinated against the Chinese coronavirus, a … END_OF_DOCUMENT_TOKEN_TO_BE_REPLACED