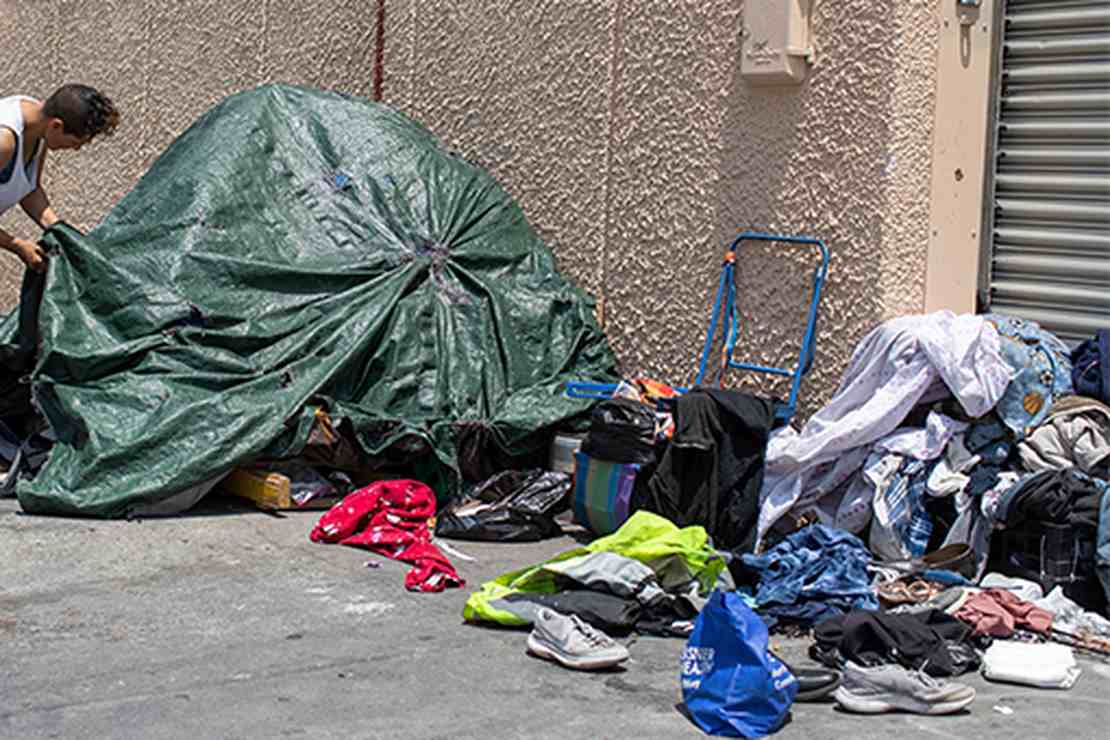 As the axiom says, you get what you pay for. In the case of Kalamazoo, Michigan, and other once-proud cities like San Franciso, Los Angeles, and New York City, they get exactly what they (taxpayers) continue to pay for: out-of-control homelessness and littering, and most disgustingly, public urination and defecation.

As reported by Michigan Live, Kalamazoo made several changes to its city code last week, most notably decriminalizing public urination and defecation, and littering — the latter being humorously anticlimactic, given the disgusting nature of the prior two. At least two downtown business owners “shockingly” [sarcasm]  objected to the decriminalization of using city streets as a bathroom.

The change reduces the offenses from a misdemeanor to a civil infraction, as noted by Michigan Live, as part of a larger review of city codes.

Becky Bil, co-owner of Pop City Popcorn in downtown Kalamazoo, told the city commission there are aggressive and unstable panhandlers in the area; as if the liberal commissioners give a damn about her concerns or those of other business owners opposed to their decision.

After all, what difference does it make if homeless people defecate on the sidewalk in front of Bil’s popcorn shop on a daily basis — or the owners of other businesses concerned by people avoiding downtown because of the commission’s decision? Zero.

People have to clean up where they have defecated right in front of your door of your business. We can’t have that downtown.

Of course, you can have it, Becky — and you’re going to. #PublicDefacationMatters more than the success or failure of your business, in the eyes of the left.

Cherri Emery, owner of Cherri’s Chocol’art, who told the city commission that business owners are already dealing with urinating and defecating homeless people in front of their businesses on a daily basis, echoed Bil’s concerns:

I don’t understand why it would be proposed that the law would be less restrictive than it is now. I don’t know why they would make it easier for them.

Kalamooza Mayor David Anderson’s response was as laughable as it was illogical:

I hear you. They are complicated issues. The approach of criminalizing these activities has also not done anything about it.

Stop the tape. When did the issue of pooping on city sidewalks become a “complicated issue”? Are you people insane? How in the hell is decriminalizing the disgusting activity going to make it anything but worse? And who, exactly, Mr. Mayor, is Kalamazoo doing this for? Rhetorical questions, of course.

Commissioner Stephanie Hoffman played the “empathy and compassion” card in defense of public poopers, tossing out leftist groupspeak about “building a partnership” to help “when the issue arises,” as reported by Michigan Live:

If you see a person who may be defecating, someone in their sane mind would not do that. There is an issue, there is a trauma, there is a crisis going on.

Look, I have as much empathy and compassion as the next guy, but what are business owners suffering from the disgusting consequences of public urination and defecations supposed to do? Follow homeless people around with pooper scoopers?

Crap — I better not suggest that as a solution.

The White House announced that, finally, Joe has beaten back COVID. Again. I think this was his 12th rebound from being COVID negative. For the media … END_OF_DOCUMENT_TOKEN_TO_BE_REPLACED

The Partisan Playbook AP Photo/J. Scott Applewhite The Senate is working overtime this weekend to pass the $433 billion spending bill known as the … END_OF_DOCUMENT_TOKEN_TO_BE_REPLACED

Shower rooms have changed a bit. So have Christian associations. In Port Townsend, Washington … END_OF_DOCUMENT_TOKEN_TO_BE_REPLACED

Unbelievable? Nope. Not in the least. A Jewish group at the liberal City University of New York … END_OF_DOCUMENT_TOKEN_TO_BE_REPLACED

Former Hawaii Democrat congresswoman Tulsi Gabbard, who, in one of the greatest presidential debate … END_OF_DOCUMENT_TOKEN_TO_BE_REPLACED

John Harwood, the Democratic representative from CNN, is attacking Marco Rubio for calling the … END_OF_DOCUMENT_TOKEN_TO_BE_REPLACED