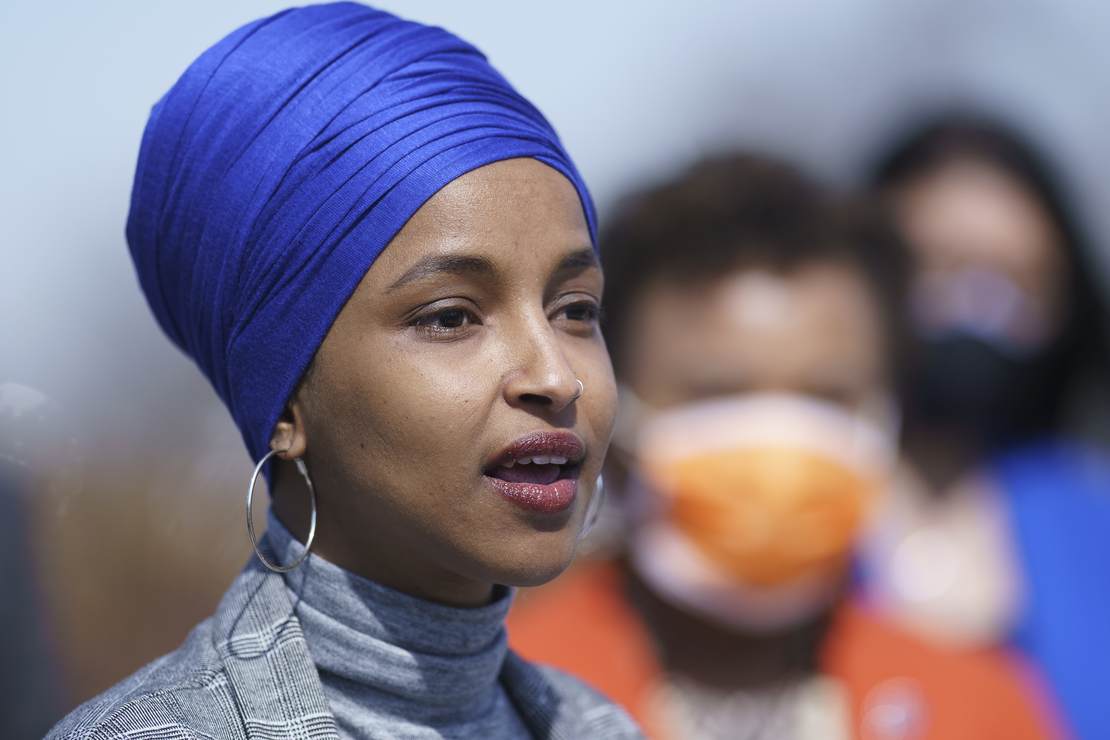 Rep. Ilhan Omar’s (D-MN) days on the House Foreign Affairs Committee are numbered. After getting only a slap on the wrist for making a series of anti-Semitic comments after taking office, it appears she is going to receive the Marjorie Taylor Greene treatment.

House Minority Leader Kevin McCarthy (R-CA) said, on Saturday, that when Republicans are in control of the House in 2023, he will strip Omar of her committee assignment. During a speech at the Republican Jewish Coalition’s leadership meeting, he said: “We watch antisemitism grow, not just on our campuses, but we watched it grow In the halls of Congress.”

“I promised you last year that as speaker she will no longer be on Foreign Affairs, and I’m keeping that promise,” he continued.

Since being elected to Congress in 2018, Omar has made several controversial comments widely deemed to perpetuate antisemitic tropes, including saying it was “all about the Benjamins” for the American Israel Public Affairs Committee and tweeting, “We have seen unthinkable atrocities committed by the U.S., Hamas, Israel, Afghanistan, and the Taliban,” which was seen as equating Israel and the U.S. to the Taliban.

In a tweet before joining Congress, the Democrat claimed Israel had “hypnotized the world” and after being elected she submitted a resolution to the House comparing boycotting Israel to boycotting the Nazis.

Last year, Rep. Greene was removed from her committee assignment when she compared vaccine mandates to Nazi Germany’s treatment of Jews. “Vaccinated employees get a vaccination logo just like the Nazi’s forced Jewish people to wear a gold star,” she said.

Democrats used their majority to strip Greene of her committee assignments over this, and other comments she made before running for office. The move was roundly criticized due to the fact that these matters are typically handled by the party of the offending lawmaker.

McCarthy vowed he would reinstate Greene to her position after he becomes Speaker of the House.

This is yet another case of “What’s good for the goose is good for the gander.” The left erupted in fury at Greene’s comments, which were admittedly silly. But the idea that Democrats would take punitive action against her when they have folks like Rep. Omar and others in their camp who have repeatedly made anti-Jewish remarks was the epitome of hypocrisy.

I argued previously that House Republicans should do the same with Omar and other members of “The Squad,” who have made these types of remarks while being sitting members of Congress. The only chance of discouraging Democrats from engaging in this politically-motivated behavior is to show them their people will not be spared when they are no longer in power. Perhaps this will be only the beginning.

If Kroger and Albertsons thought Republicans would rescue their plan to merge, Sen. Tom Cotton (R-Ark.) made it clear last Tuesday that support for … END_OF_DOCUMENT_TOKEN_TO_BE_REPLACED

The mother of a 10-year-old boy was arrested in Highland, New York, for allowing her son to get a permanent tattoo on his forearm.Crystal Thomas was … END_OF_DOCUMENT_TOKEN_TO_BE_REPLACED

There are a lot of reasons to go over why the GOP underperformed in 2022, and after last night’s loss in Georgia and the election cycle being over, we … END_OF_DOCUMENT_TOKEN_TO_BE_REPLACED

There are a lot of reasons to go over why the GOP underperformed in 2022, and after last night’s loss in Georgia and the election cycle being over, we … END_OF_DOCUMENT_TOKEN_TO_BE_REPLACED

While it is well understood that the vast majority of gun owners never commit a crime, let a lone … END_OF_DOCUMENT_TOKEN_TO_BE_REPLACED