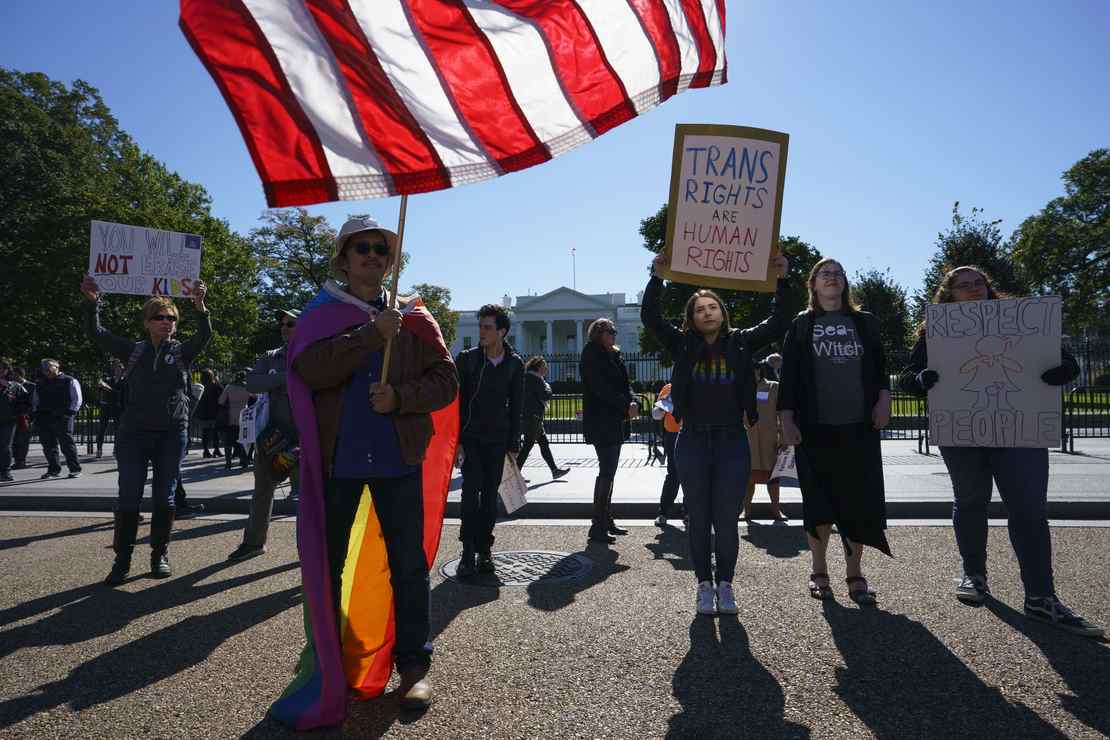 There is no length to which these people won’t go to enforce their gender ideology on the rest of the public. Progressives have been engaged in an effort to advance their agenda in schools by trying to influence students into embracing their ideas on sexuality, gender, and race.

Now that parents have been speaking out against this effort, leftists have resorted to all manner of unseemly tactics to discredit them. In Rhode Island, an elected school district official claimed people who use the wrong pronouns to describe supposedly transgender students are engaging in an act of “violence,” and that this “needs to be dealt with accordingly.”

Jennifer Lima, a school committee member for the North Kingstown school district, has been instrumental in introducing “antiracist” policies to the district. In 2021, she faced a recall attempt for trying to further a “Marxist” agenda in classrooms. She has also been involved in diversity, equity, and inclusion (DEI) programs in the district.

On or about Nov. 12, Lima shared a post from an activist group which said that “Purposefully misgendering students is an act of violence. Respond accordingly.”

Adding to this statement, Lima included the definition from the World Health Organization. She said, “any act of violence in our schools which creates an unsafe environment (physically or emotionally by or for any member of the school community) needs to be dealt with accordingly.”

Lima acknowledged that people would “find the use of the word violence… extreme,” but told Fox that she was referring to “psychological violence.”

“I also believe that purposely misgendering someone is an act of psychological violence when done deliberately and consistently and should be responded to accordingly,” Lima wrote, calling on school officials to “investigat[e] and disciplin[e] such occurrences in the same way as any other biased-based assault.”

She added, “I absolutely believe in First Amendment speech protections, both as an elected official and an individual. I do not believe that post suggests that using incorrect pronouns should be met with violence.”

Not everyone is buying Lima’s explanation. Nicole Solas, a Senior Fellow with Independent Women’s Forum, told Fox News she believes the official is attempting to “justify oppressive speech restrictions on vulnerable children.”

“If you believe you’re under threat of violence then to ‘respond accordingly’ means you act in self-defense, which is a physical and often violent action taken to protect yourself,” she said.

“Her public call for students to ‘respond accordingly’ to non-existent violence is her own tacit call to violence against those who oppose her radical ideology,” Solas continued, further saying that Lima “creates a hostile, paranoid school environment where violence is now more likely to happen.”

Lima is merely reading from the progressive playbook that instructs its adherents to accuse those who disagree with their ideas of being monsters who do not care about marginalized groups. They claim that misgendering people suffering from gender dysphoria is designed to scare the opposition into self-censoring.

But you know what’s truly violent? Mutilating children’s bodies. Cutting the breasts off of teenage girls who are dealing with a mental illness. Prescribing drugs that will forever alter their biology under the guise of treating said mental illness. This is what folks like Lima promote. They are accusing others of “psychological violence” to distract from the atrocities they support against children. Fortunately, there are many who refuse to be cowed by their attempted emotional blackmail.

If Kroger and Albertsons thought Republicans would rescue their plan to merge, Sen. Tom Cotton (R-Ark.) made it clear last Tuesday that support for … END_OF_DOCUMENT_TOKEN_TO_BE_REPLACED

The mother of a 10-year-old boy was arrested in Highland, New York, for allowing her son to get a permanent tattoo on his forearm.Crystal Thomas was … END_OF_DOCUMENT_TOKEN_TO_BE_REPLACED

There are a lot of reasons to go over why the GOP underperformed in 2022, and after last night’s loss in Georgia and the election cycle being over, we … END_OF_DOCUMENT_TOKEN_TO_BE_REPLACED

There are a lot of reasons to go over why the GOP underperformed in 2022, and after last night’s loss in Georgia and the election cycle being over, we … END_OF_DOCUMENT_TOKEN_TO_BE_REPLACED

While it is well understood that the vast majority of gun owners never commit a crime, let a lone … END_OF_DOCUMENT_TOKEN_TO_BE_REPLACED