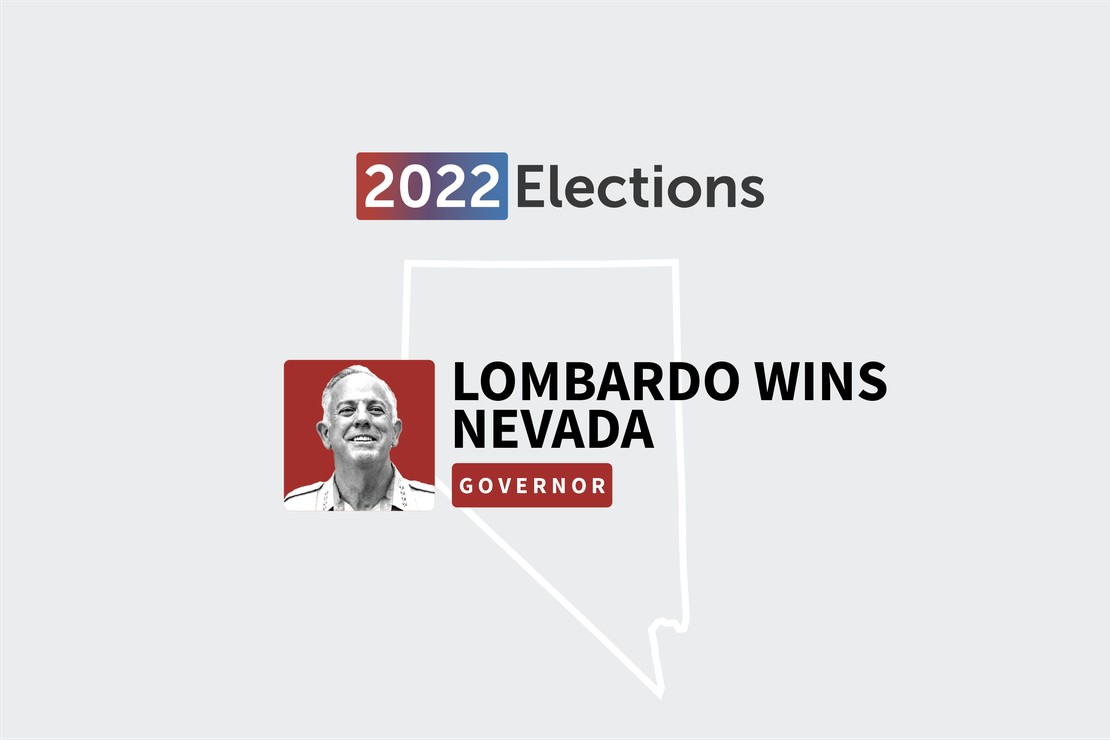 Clark County Sheriff Joe Lombardo has been declared the next Governor of Nevada by Decision Desk HQ.

Results released by the Secretary of State show Lombardo leading incumbent Steve Sisolak by 21,216 votes statewide, giving Trump-backed Lombardo a 5-point win. An estimated 96 percent of the vote count is in.

Joe Lombardo winning the Governor’s seat brings hope for reform after many allegations of public corruption under the reign of Sisolak. Sisolak’s tenure will also be marked by failures in his administration including the appointment of a would-be murderer to a state board, an escaped convicted bomb murderer from state prison, a fumbled pandemic aid response, outsized economic devastation, educational disasters, and votes of no confidence from the public sector employees that worked under his purview.

Good riddance, Sisolak. There’s a new Sheriff in town… and he’s the Governor!

President Joe Biden’s border agency has sent a small number of rescued Cuban migrants into a holding center at a U.S. base in Guantanamo Bay, Cuba, … END_OF_DOCUMENT_TOKEN_TO_BE_REPLACED

The White House reacted to news of widespread protests of coronavirus lockdowns in China, issuing a … END_OF_DOCUMENT_TOKEN_TO_BE_REPLACED

A glowing Washington Post review of “Downstate,” a play which attempts to sympathize with rapists … END_OF_DOCUMENT_TOKEN_TO_BE_REPLACED