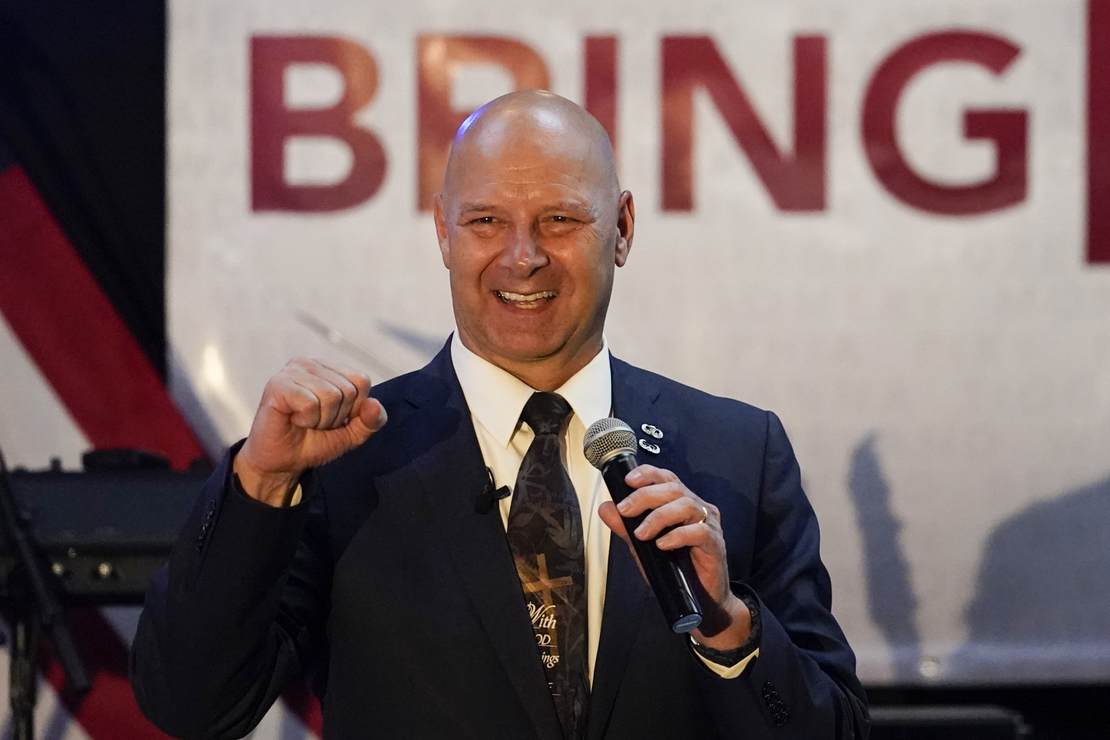 As we reported Tuesday evening, Republican Doug Mastriano lost his bid to become Pennsylvania’s next governor, losing to the state’s Attorney General, Democrat Josh Shapiro, by 15 points. The loss didn’t come as a terrible surprise. As Bonchie noted Tuesday:

Mastriano was a terrible candidate (something I’ve said several times in the past). He was at January 6th, which played right into the messaging Democrats were trying to push all cycle. In fact, liberal money groups propped up Mastriano to help him win the GOP nomination because they felt beating him was an easy layup. They were right.

Though Trump-backed, Mastriano was a heavy underdog something which certainly wasn’t helped by the apparent support of Karl Rove’s Super PAC, American Crossroads for Shapiro. As Jeff Charles noted two weeks prior to the election:

it appears Rove and his buddies are seeking to strengthen Shapiro’s lead over Mastriano by running a television ad that uses Democratic Pennsylvania Senate candidate John Fetterman as a foil. The video features footage of Fetterman claiming to be tough on crime. Then, it moves to a woman who says, “John Fetterman’s record on crime is crazy.”

Another notes that he is “not like most Democrats.”

Still another person points out that “dozens of times he was the only vote to pardon criminals.”

One of the narrators argues:

Why the back-handed swipe at Mastriano? Charles had a theory:

The answer is simple. He represents everything the establishment despises. He’s an America First candidate who dares to question the outcome of the 2020 presidential election. Mastriano has nothing in common with the squishy Romney types preferred by Rove and other irrelevant remnants from the neocon era.

Perhaps so. Whatever the reason(s) for his loss, Mastriano has now issued a statement conceding the race.

In his statement, Mastriano expresses disappointment in the outcome, along with gratitude to his wife, his team, his running mate, Carrie DelRosso, the Republican Party of Pennsylvania, and most importantly, the more than 2.2 million Pennsylvanians who voted for him. Noting the great need for election reform in his state, calling for more transparency, security, and swifter results, Mastriano vowed:

“I will do my very best to help Josh Shapiro deliver that to Pennsylvanians and, if he does, I will be the first to acknowledge and applaud his achievement.”

Mastriano further asked everyone to give Shapiro “the opportunity to lead and pray that he leads well.”

On Friday, CNN security analyst Juliette Kayyem suggested making 26 the minimum age to purchase an AR-15. Kayyem made her comments after being asked … END_OF_DOCUMENT_TOKEN_TO_BE_REPLACED

The Walt Disney Company was expecting big things from their latest animated movie "Strange World," the House of Mouse's first movie to feature an … END_OF_DOCUMENT_TOKEN_TO_BE_REPLACED

(The opinions expressed by contributors are their own and do not necessarily represent the views of RedState.com.) While it hasn’t received much press … END_OF_DOCUMENT_TOKEN_TO_BE_REPLACED

Quick-thinking cops in St. Petersburg, Florida, are being praised for preventing a potential “mass … END_OF_DOCUMENT_TOKEN_TO_BE_REPLACED

Most Americans are not personally worried about contracting coronavirus, a survey from The … END_OF_DOCUMENT_TOKEN_TO_BE_REPLACED

Nearly a quarter of Americans said they have not been vaccinated against the Chinese coronavirus, a … END_OF_DOCUMENT_TOKEN_TO_BE_REPLACED