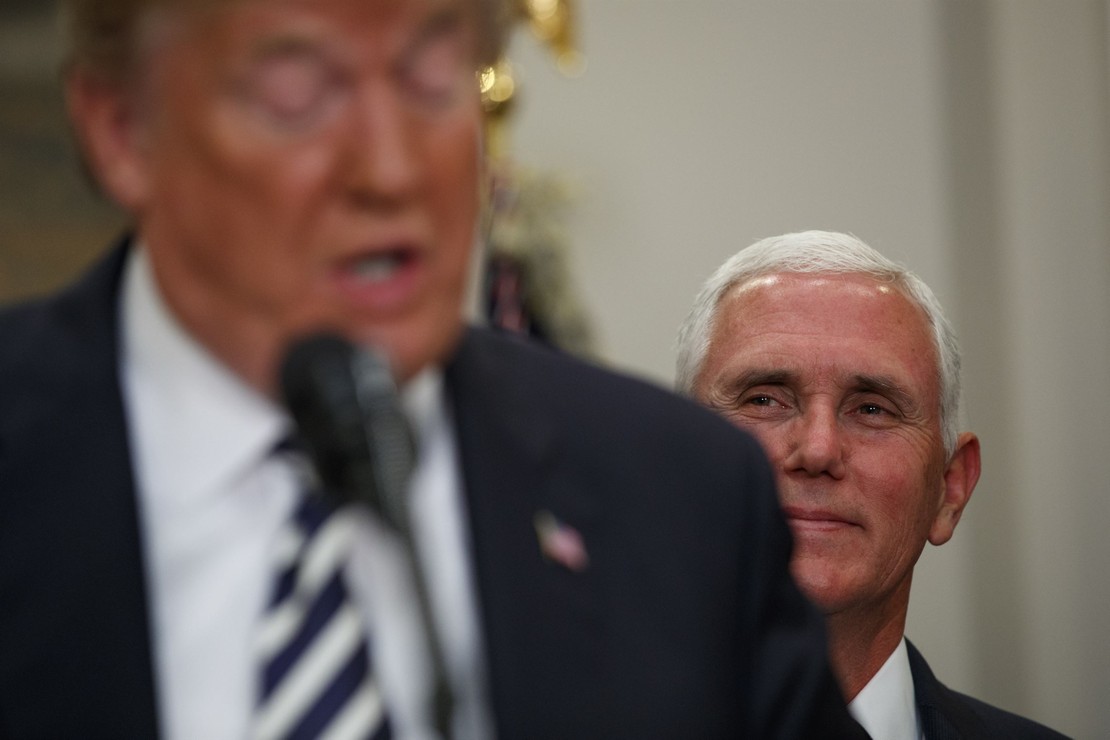 Because we are bound to live in the same time loop over and over, Donald Trump is running for president again. Further, those who hate him the most are attempting to take the lead in defeating him.

Don’t get me wrong. There’s a serious discussion to be had about whether Trump is the right person to once again lead the GOP ticket in 2024. For example, any consideration should be accompanied by a realistic path in the general election. Can Trump win Georgia being so at odds with Brian Kemp? Can he win Florida while taking shots at Ron DeSantis? Can he win Arizona given that the state apparently rejects anyone with a major connection to the former president?

Those are real questions that must be asked and answered, not based on personality, but based on electoral reality. If those questions make people upset, that’s alright. The goal is to win because it’s too important not to win.

It was great seeing and joining the stage with my good friend @Mike_Pence as we both addressed the @RJC Leadership meeting this weekend! pic.twitter.com/Vpa5mTI8hY

Why are these two guys at a leadership meeting? What exactly are they leading? Both are not only out of government, but they also have followings that can’t rival the size of your typical Southern family. What is the constituency for this, and how does it accomplish the goal of allowing a real debate to take place over the party’s future? Those questions are rhetorical because we know the answers.

I want you to forget about all the arguments over Trump’s viability in 2024. I could write a piece with pros and cons, backed by data, but that would be missing the point. Rather, the point here is that it doesn’t matter when Mike Pence and Larry Hogan are the establishment’s standard bearers. Heck, we might as well award Trump the nomination now if that’s the plan here.

Pence and Hogan have both made it clear they are going to run for president in 2024. Both also hold the distinction of having no chance and actually being counterproductive in setting up a real choice. Republicans largely can’t stand either man. Hogan has earned that reputation by going on cable news to trash conservatives on a weekly basis. On the other hand, Pence has been more of a victim of circumstance, but that doesn’t change the fact that no one outside the cocktail circuit wants him to run.

“It is time to stop being afraid of any one person,” he said. “It is time to stand up for the principles and the beliefs that we have founded this party on and this country on.”

Regardless, the issue here isn’t that people have changed their minds about Trump. Reasonable people can do that given that we have a lot more evidence he may not be the best choice to win in 2024. Rather, the issue is that those who are shouting the loudest about going a different direction are actually helping push us in the opposite one.

If it’s Trump vs. Pence, Hogan, and Christie, Trump is going to steamroll them. Yet, these people, mostly looking to run vanity campaigns, can’t put their own egos aside to allow a real primary to play out.

I hate to be overly simplistic because there could be a select few others who emerge, but the main choices are going to be Donald Trump and Ron DeSantis. Those are the only two people in the conservative movement who have delivered enough to earn the trust of the base. If the establishment continues to try to force other options, they will lose and end up with exactly what they claim to oppose. Is that what they want?

A young man from Alabama is now in custody after he allegedly brought cocaine laced with fentanyl to a bachelor party earlier this year, and one of … END_OF_DOCUMENT_TOKEN_TO_BE_REPLACED

In the wake of releasing the explosive “Twitter Files,” which laid bare the extent to which the platform colluded with Democrats to censor the Hunter … END_OF_DOCUMENT_TOKEN_TO_BE_REPLACED

There’s a lot going on out there in the news, and to some extent, that’s put the FTX scandal on the … END_OF_DOCUMENT_TOKEN_TO_BE_REPLACED

The state of New York was relatively quick to ban so-called ghost guns. The idea of homemade, … END_OF_DOCUMENT_TOKEN_TO_BE_REPLACED

In response to alleged "overcrowding" in their Sky Club lounges, Delta has announced a "solution" … END_OF_DOCUMENT_TOKEN_TO_BE_REPLACED