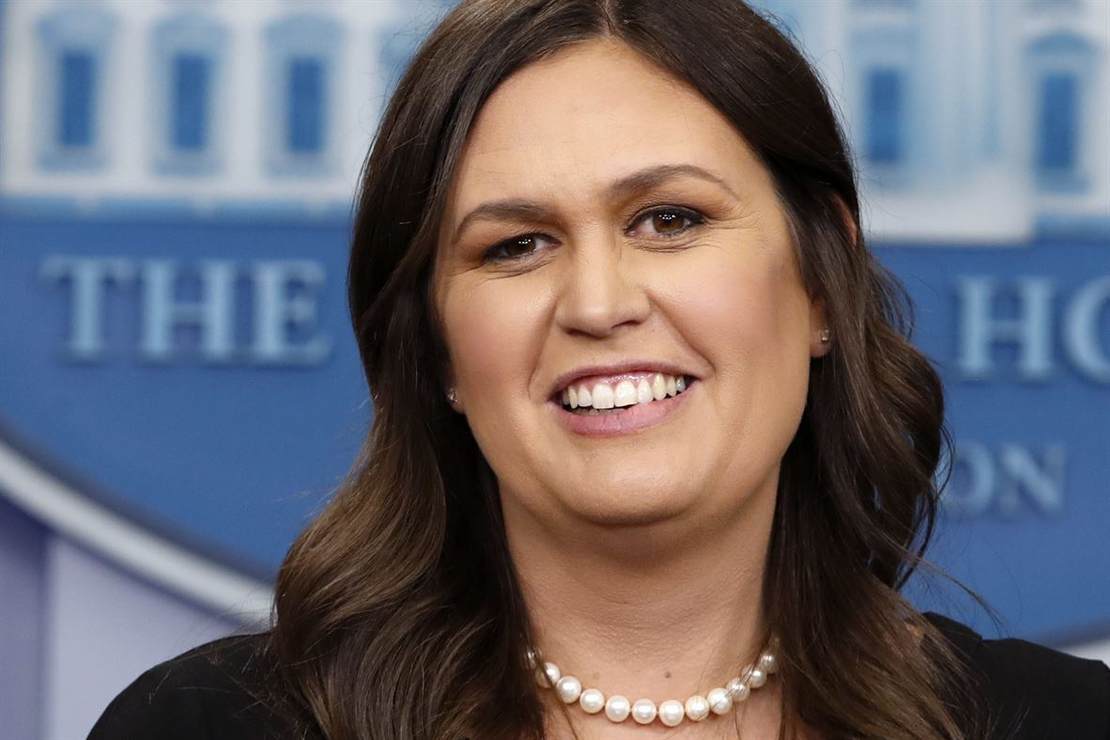 We’ve had more than a week now to digest all the news from Election Day (Week/Month, depending on your state). You know it by heart now — slow ballot counting, single women breaking for Democrats, Donald Trump is to blame for the Republicans’ underwhelming performance. Wait, no, Mitch McConnell is to blame. But, really, isn’t the RNC to blame? Wash, rinse, repeat.

However, there was some really good news — really important news — for Republicans from that night: Sarah Huckabee Sanders and Leslie Rutledge became the first two women in U.S. history to be independently elected governor and lieutenant governor of a state. In this case, the state is Arkansas. This is big, big news, so why isn’t the media talking about it? Certainly, it’s a milestone to be celebrated?

Sarah’s father, former governor of Arkansas Mike Huckabee, had a “proud dad” moment on his show last week, congratulating his daughter and Rutledge on their history-making night. And Leslie Rutledge pointed it out, as well, on Fox News, saying:

Together, Sarah and I will be the first independently elected female governor and female lieutenant governor, ever, in the history of the United States. And I’m excited to do it with a longtime friend of mine, Sarah Huckabee Sanders.

Newsbusters’ Curtis Houck took notice of the media silence on such a momentous occasion:

Here’s something the liberal media WON’T (and haven’t) told you about the midterms — Arkansas’s @SarahHuckabee Sanders and @LeslieRutledge will be the first independently elected female governor and lieutenant governor in U.S. history.

DISGRACEFUL this never came up! pic.twitter.com/JAzZhBEBF8

He’s right, of course, but not one of you is surprised that such an achievement is being ignored, for one simple reason: It was accomplished by two Republican women. And the successes of Republican women don’t count to libs and the establishment media; they are there only to mock, not celebrate, conservative women.

Interestingly, conservative media didn’t seem to take notice of the historic night, either. A quick gander at the GOP’s main Twitter feed from the last eight days showed nary a reference to it. Nothing, either, from the Republican Governors Association. The right has been weirdly silent about it.

A group that did take notice was the non-partisan Center for American Women and Politics at the Eagleton Institute of Politics, an invaluable resource for tracking women’s political participation in the United States. Referring to Rutledge, they noted:

Her victory combined with Republican Sarah Huckabee Sanders’ gubernatorial victory marks the first time in U.S. history that women have been elected governor and lieutenant governor, according to Chelsea Hill, data services manager for the Center for American Women and Politics at the Eagleton Institute of Politics at Rutgers-New Brunswick.

It’s a tired exercise, but here we go again: If it had been two Democrat women who had made history on election night, we would all know about it. The establishment media would have endless “breaking news” reports about it. Women’s groups would be patting themselves on the back for such an amazing achievement. Democrats would fundraise endlessly off it, promising voters they are the party of all women.

No matter, we recognize the historical value of the wins by Sarah Huckabee Sanders and Leslie Rutledge. We know it’s an incredible achievement for a party that is making serious gains with suburban women. We know conservative women are an important part of the GOP — now and in the future. So, big congratulations to the incoming governor and lieutenant governor of Arkansas!

Police in Boston have made several gruesome discoveries in one particular apartment this month: The remains of four infants have been found after a … END_OF_DOCUMENT_TOKEN_TO_BE_REPLACED

Riots broke out on Sunday in Brussels, the de facto capital of the European Union, and spread to … END_OF_DOCUMENT_TOKEN_TO_BE_REPLACED

Typically, when we watch human rights violations across the globe from the comfort of our American … END_OF_DOCUMENT_TOKEN_TO_BE_REPLACED