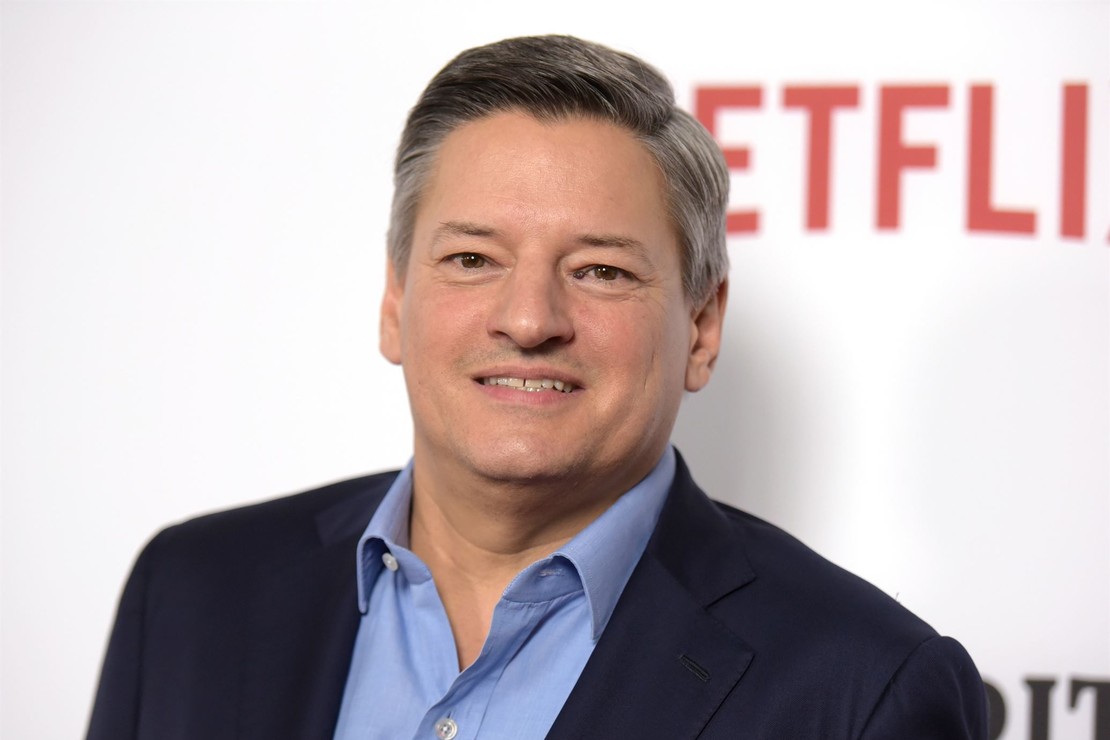 It’s pretty much what Netflix co-CEO Ted Sarandos told the employees who are demanding the company cave to demands for standing by Dave Chappelle’s latest comedy special, and it’s not a crowd used to hearing this kind of response from corporations. Especially corporations like Netflix.

Sarandos was definitely more corporate with his response even apologizing for the way he “screwed up” in the internal memo and seeming insensitive to those who were “in pain” over Chappelle’s special “The Closer” which angered the LGBT community, specifically the “T” part of that group.

Regardless, Sarandos shot down these demands and couched his refusals in very corporate-safe verbiage that nonetheless got the message of “no” across. These demands were relayed through an interview with The Hollywood Reporter, responses I’ll now be translating for you.

To start, the question was raised as to whether or not Sarandos will stick by Chappelle and his special staying up. He said that Netflix provides varying content for a varying viewer base and that Netflix won’t be altering its entire platform to protect the sensibilities of a few.

When we think about this challenge we have to entertain the world, part of that challenge means that you’ve got audiences with various taste, various sensibilities, various beliefs. You really can’t please everybody or the content would be pretty dull. And we do tell our employees upfront that we are trying to entertain our members, and that some of the content on Netflix you’re not going to like, and so this kind of commitment to artistic expression and free artistic expression is sometimes in conflict with people feeling protected and safe. I do think that that’s something that we struggle with all the time when these two values bump up against each other.

Translation: “Just because you don’t like it doesn’t mean it’s getting taken down, and more people out there exist other than you. They get to have programming too and you’re going to have to deal with it.”

Sarandos was then asked if he’s willing to adopt a list of demands he’s going to receive from transgender employees. His response was very middle of the road, but beneath it was a lack of guarantee:

Going forward, I want to make sure that everyone understands that we are deeply committed to supporting artistic freedom with the creators who work at Netflix. We’re deeply committed to increase representation on screen and behind the camera, and we’ll always learn and improve on how to address these challenges as they arrive.

In other words, “I want more people to feel like they can make content for us to attract a variety of people to our platform so I’m probably not going to cave to many, if any, of these demands, some of which will undoubtedly be a demand to limit what kind of content can be on Netflix.”

Sarandos was told that his employees want a disclaimer to be put up ahead of Chappelle’s special in lieu of it being taken down. His response:

The content is age restricted already for language, and Dave himself gives a very explicit warning at the beginning of the show, so I don’t think it would be appropriate in this case.

Translation: “If you’re not a child then you should be able to work out for yourself if you want to view this content or not.”

My favorite response from Sarandos was when he was asked by THR how he’ll restore morale to the LGBT employees who feel betrayed:

This is one of the taxes on any organization of working remotely and not working together and growing rapidly during this period of time. We have a lot of folks who are new to Netflix and have never met anybody here. They’ve been working from home since their first day, and so probably what they haven’t experienced is that kind of reinforcement of the allyship that the company has towards the LGBTQ+ community, including massive investment in content and creators and storytellers to represent LGBTQ+ stories on screen and around the world, and I think at unprecedented levels.

This group of employees felt a little betrayed because we’ve created such a great place to work that they forgot that sometimes these challenges will come up, and that’s what I mean about not recognizing that upfront, that folks would be hurt.

Translation: “We’ve got so many people working here and not all of them are invested in the LGBT struggle. The company and its employees don’t revolve around you. You’ve been spoiled here at Netflix and think that it does, but it doesn’t and you’re feelings are just going to have to be hurt by this fact. Get over it and learn to deal.”

For the last several years, gun rights proponents have had to play defense. Our wins have been when laws get blocked or overturned by the courts, at … END_OF_DOCUMENT_TOKEN_TO_BE_REPLACED

White privilege and other tenets of leftist ideology should not be taught in school as “fact”, Britain’s recently installed Education Secretary, … END_OF_DOCUMENT_TOKEN_TO_BE_REPLACED

Run, run, fast as you can — it’s hard to keep up with the culture. Case in point: Just as you’ve … END_OF_DOCUMENT_TOKEN_TO_BE_REPLACED