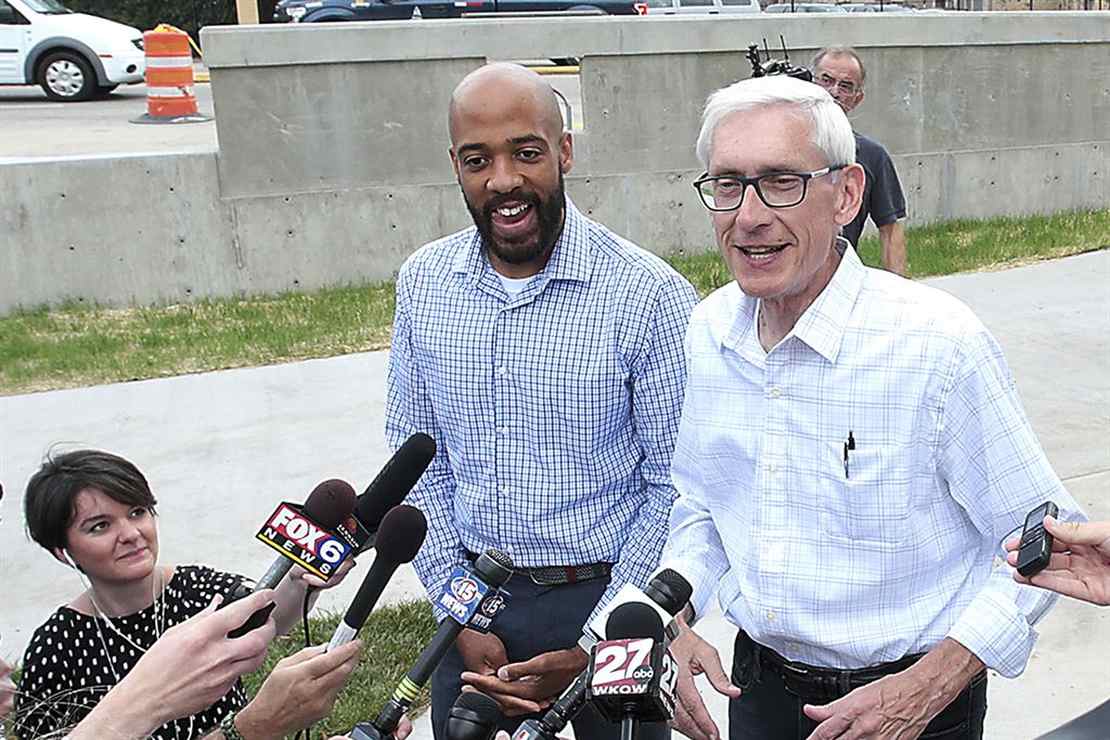 Jesse Barnes is running as a Democrat for Senate in Wisconsin.

Never heard of Barnes? “Jesse” is Barnes’ given first name. His middle name is “Mandela” and he calls himself “Mandela” because, well, who wouldn’t change your name to Mandela if you are pandering for votes?

Barnes had some early problems with telling the truth. He claimed he had earned his BA from Alabama A&M University but someone asked him in 2019 if that was true, and he admitted that he hadn’t actually graduated although he claimed he had. Oops.

Admittedly, Barnes’ lie was not on the level of claiming you’re a Vietnam combat vet like Richard Blumenthal’s stolen valor claim, or Joe Biden claiming, well, about 50 things in his life that never happened, but to Barnes’ credit, he completed his course load and got his useless Arts degree.

It wasn’t in climatology. It’s in “communications,” the same useless degree a lot of college athletes get when they can’t hack basket weaving. But, B.A.s or no, degrees didn’t stop Sandy Cortez (a.k.a. AOC) or Greta Thunberg from claiming climate change expertise so when climate expert Mandela Barnes decides that he would jump into climate change rhetoric, who can stop him?

In 2019, around the same time that he was admitting he hadn’t actually graduated from college, Jesse was assuring climate nuts 2019 that he would oppose any “new pipeline construction in Wisconsin,” whch would include any expansion of northern Wisconsin’s primary oil and gas line. Why might you ask? Well, because “if the infrastructure is there, then people are going to use it.”

I have to agree with Barnes. That is kinda a truthy statement. People tend to use things they need to, you know, survive.

If you want to see Barnes talk out of his backside, here it is.

He apparently doesn’t care that it gets super cold in his home state and citizens of the cheese state need gas and oil to avoid freezing to death. Nope. The earth is about to die and we, as earthlings must do our part and freeze to death to save Mother Earth.

Is he a dope? Well sure, but he is named “Mandela” now so he must be a wise statesman, right?

Barnes has been consistent in his dopey policies, and if his policies became law they would wreck Wisconsin and, potentially, the country. He seems to not care that his position of stopping all gas and oil production would leave his home state in the 19th century but no matter, the earth is in the balance, or something.

Look, Barnes’ policies are bad enough, and they are not based on science or logic. We are not, even under the best-case scenario, turning off the oil spigot anytime in our lifetimes.

President Joe Biden’s approval rating is underwater on every key issue listed in the latest The Economist/YouGov survey. The survey, taken … END_OF_DOCUMENT_TOKEN_TO_BE_REPLACED

Despite his publicity stunts to draw attention to his presidential run, and preening about “California Freedom,” Governor Newsom continues to … END_OF_DOCUMENT_TOKEN_TO_BE_REPLACED

The U.S. government must end the “venomous nativism” of ordinary patriotic Americans by flooding it … END_OF_DOCUMENT_TOKEN_TO_BE_REPLACED

There have been a lot of villains at the Department of Justice over the years, with no shortage of … END_OF_DOCUMENT_TOKEN_TO_BE_REPLACED

The White House is lying their heads off about the bill proposed by Sen. Lindsey Graham (R-SC) to … END_OF_DOCUMENT_TOKEN_TO_BE_REPLACED

Things settled down a little bit last week, though there were some absolutely crazy moments like … END_OF_DOCUMENT_TOKEN_TO_BE_REPLACED