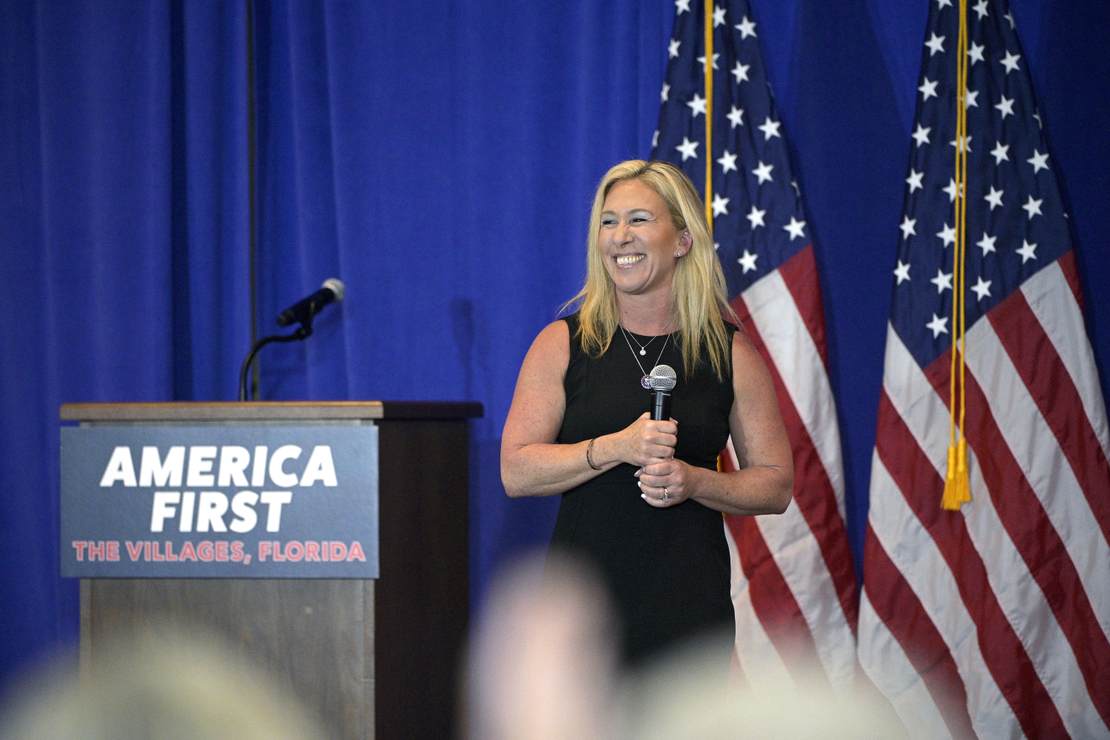 On Thursday, RedState reported on the embarrassing self-own that CNN’s Jim Acosta made while trying to play “gotcha” over some alleged text messages by Republican House Freedom Caucus Rep. Marjorie Taylor Greene (Ga.) about January 6th. It’s sort of pathetic how giddy the “journalist” appeared to be, as he dashed after Greene and brought up the topic — only to be swiftly served his comeuppance in short order.

(READ: Marjorie Taylor Greene Leaves Jim Acosta Stammering After He Confronts Her With a False Narrative)

Now, Rep. Greene is taking the lead in the House Republican caucus by sponsoring a new bill to remove the Section 230 protections that social media companies have so far enjoyed, according to a new report and interview published in The Hill Thursday.

Rep. Marjorie Taylor Greene (R-Ga.) on Thursday is introducing a bill to abolish Section 230 — the law the protects online platforms from liability — on the heels of Twitter accepting Elon Musk’s offer to buy the company and take it private.

Greene’s bill would eliminate the law making online platforms not liable for content posted by third parties and replace it with a provision to require “reasonable, non-discriminatory access to online communications platforms” through a “common carrier” framework that Greene compared to airlines or package delivery services.

The 21st Century FREE Speech Act shines a spotlight on the very real need for reform when it comes to how the media–with the help of Big Tech platforms allies like Facebook, Twitter, and YouTube/Google–seek to craft fake narratives and pass them off as actual journalism.

Good to see MTG stepping up and calling attention to the problem, actually taking action instead of just talking about it, which is what so many Republicans do. It’s ridiculous how often conservatives, who simply seek news on what our elected representatives are doing, are forced to wade through page after page of disrespectful social media posts that call the congresswoman “Marge” — and that’s the nicest thing she’s called.

It’s all the more admirable that she’s doing this, when you consider the many distractions. I already mentioned Acosta’s sad attempt to change the narrative at the beginning of this piece. But there’s a bunch of other, leftist claptrap being published, like this “news” piece Friday by Politico, on alleged troubles inside the House Freedom Caucus — in one particular instance, which lefty Twitter has glommed onto, a March spat between Greene and Lauren Boebert.

The bright side in all this: Greene’s legislation joins similar work that her Senate Republicans colleagues have completed, with a bill sponsored by Sen. Bill Hagerty (R-Tenn.). As Hagerty remarked to The Hill about MTG’s new House bill:

“These Big Tech platforms are the modern day public square, which is why the 21st Century FREE Speech Act would treat them as common carriers who must provide reasonable, nondiscriminatory access to all users. I’m pleased to have Representative Greene’s partnership in this effort to put the American people back in charge of what they say or hear online,” Hagerty said in a statement.

Is diversity of thought a product of white supremacy? It appears so, according to a college … END_OF_DOCUMENT_TOKEN_TO_BE_REPLACED