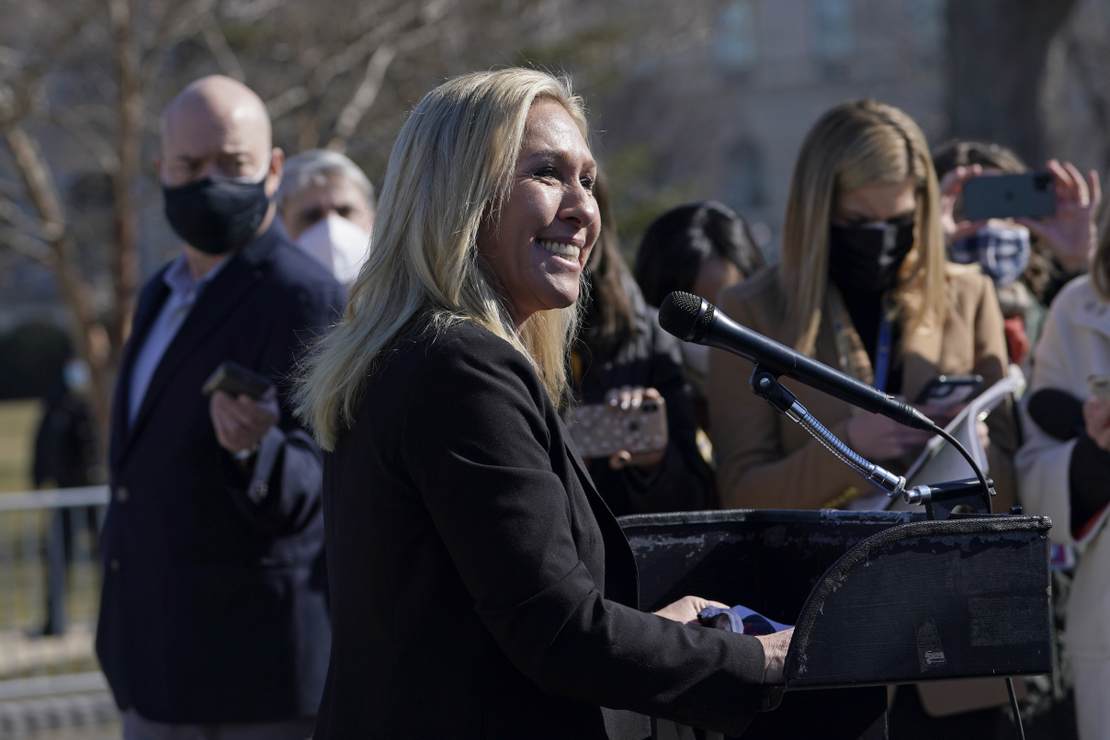 Gov. Gavin Newsom is facing a recall in California for the horrible way in which he has governed the state both before and during the pandemic. He’s imposed a series of unscientific and illogical edicts on Californians that he himself infamously flouted, which left the state’s economy in shambles, all while ignoring the damage that his woke social and criminal justice policies have inflicted on the state’s law-abiding residents.

On Monday he once again showed his authoritarian colors – adding further fuel to the Recall fire. He tried to blame those who are unvaccinated for the “surge” in Delta variant cases in the state, saying “we don’t even have to have that debate” about reinstituting mask mandates “if we can just get everyone vaccinated that’s not vaccinated.”

Gavin Newsom: Americans who refuse to get vaccinated are “like drunk drivers.” pic.twitter.com/3bTypdXbXV

“It’s like drunk drivers,” he said. “You don’t have the right to go out and drink and drive and put everybody else at risk including your own life at risk.”

That’s rich, coming from a man who blamed alcoholism for his poor choices like having an affair with an employee who also happened to be his best friend’s wife – then decided maybe alcohol isn’t so bad and helped rack up an alleged $15,000 liquor bill at the French Laundry.

First, not getting vaccinated isn’t against the law, like drunk driving. Second, if you actually believe in vaccination, then why are you worried about the unvaccinated? If you’re worried about them, you must not think vaccines work. But third, the government doesn’t have a right to demand you get vaccinated. Fourth, how twisted are you if you’re comparing people who deliberately are breaking the law with those who are making a medical decision for themselves. If you’re demonizing voters over this you may be an authoritarian like Gavin Newsom. He’s stoking hate against them with this outrageous propaganda.

But Newsom didn’t just leave it there. He also attacked people, including Tucker Carlson and Rep. Marjorie Taylor Greene (R-GA), claiming they were spreading misinformation about vaccines and the virus. He didn’t list what “misinformation” that might be. Indeed his comment about right-wing misinformation was itself misinformation. People on both sides of the aisle have issues with the vaccine for a variety of reasons, it’s not an exclusively right-wing concern.

Greene blasted Newsom in response, calling out his dictatorial ways, and saying that’s exactly why he’s being recalled.

.@GavinNewsom you know what is exhausting to the people of California?

Shutting down businesses, closing churches, schools, and beaches is disgraceful

Mandating vaccines against people’s will is unconscionable

Which is why you’re being recalled.

That caused Gov. HairGel to have a complete meltdown, going completely over the slide and accusing Greene of being “murderous.”

Your anti-vaccine lies are literally killing Americans. Your own supporters are following you off a cliff and into the ICU.

Come clean about vaccines — they save lives. https://t.co/pJjlzJ3TVJ

Political rhetoric is one thing, but calling a Congresswoman a murderer for not forcing a vaccine on people? Also, the entire country is on edge right now. Will Newsom’s rhetoric inspire someone like the man who shot Rep. Steve Scalise to target Rep. Greene?

But Greene finished him off.

You’re one to talk, Gavin.

Your murderous ACTIONS as Governor of California literally killed people.

Paying $1,000/day to nursing homes to house #COVID19 patients with the most vulnerable people.

Unvaccinated people are not murderers and any elected official who is crazy enough to push such dictates deserves to be recalled. It just adds to the many reasons that people want him out of there.

Your lockdowns have killed thousands and bankrupted hundreds of thousands. Bugger off. 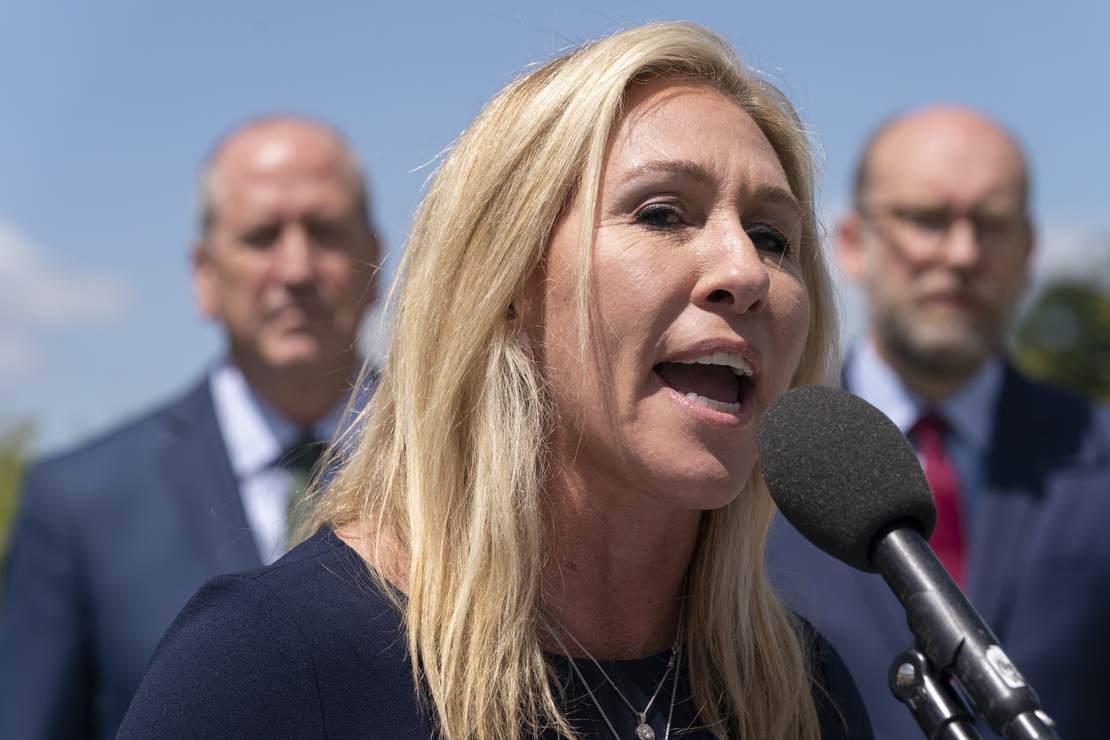 The “America First” Rally scheduled for the Anaheim Convention Center in Anaheim, CA tonight has been abruptly canceled.

Saturday evening’s “America First” rally at the Anaheim Event Center has been canceled. Anaheim officials say they expressed safety concerns with the private venue, and the operators shared those concerns. The event was also canceled at two previous venues, in Laguna Hills and Riverside.

Safety concerns? Antifa is protesting as we speak in Koreatown, so I think most of them are busy. This last line from the City of Anaheim’s tweet tells the tale:

“As a city we respect free speech but also have a duty to call out speech that does not reflect our city and its values.”

So, Anaheim’s values, which include a rampant homelessness problem, growing crime and drug issues, and a disparity between the very poor and the very rich, do not align with the America First agenda of love of country, Constitutional conservatism, and upholding our nation’s law enforcement.

Reps. Matt Gaetz (R-FL) and Marjorie Taylor Greene (R-GA), who spearheaded this nationwide tour, are unbowed, and determined not to be silenced. Gaetz announced on Twitter a peaceful protest in Riverside, California at 5:00 p.m.:

The “America First” Rally was originally scheduled to be held in Laguna Hills, at the Pacific Hills Banquet & Event Center, but was also abruptly canceled. The center’s Director and General Manager Javad Mirtavoosi spoke with the Orange County Register saying, “we just want to stay clear of that.”

The event was quickly moved to the Riverside Convention Center, but yesterday, the officials who manage and operate the city-owned center balked at having the event there.

The Anaheim cancellation marks the third time a venue has rejected the Rally and its attendees.

Plans to reschedule the event in Yucaipa, CA, near San Diego, are in the works.

Rep. Marjorie Taylor Greene is certainly a controversial figure in the House of Representatives. Some in the pro-gun community might even say she’s as controversial at the ATF. Others might say she’s moreso, but it doesn’t matter.

Honestly, Greene has said some stuff that landed her in pretty hot water, but now she’s saying something that a lot of people on this side of the aisle are just going to love.

She’s talking about abolishing the ATF.

Georgia Republican Congresswoman Marjorie Taylor Greene is looking to get rid of the Bureau of Alcohol, Tobacco and Firearms (ATF), in an effort to protect gun owners from a “tyrannical, power hungry group of bureaucrats.”

Greene, a staunch advocate for Second Amendment rights, introduced legislation on Thursday that would abolish the ATF and repeal regulations and guidance issued after August 2020. The legislation comes as Republicans push back on Dave Chipman, President Joe Biden‘s nominee to head the ATF, who they see as a threat to the right to own firearms.

The legislation, as reported by The Daily Caller, would abolish the ATF six months after the bill is enacted. It would also require President Joe Biden to inform every employee of the ATF in writing of the abolishment date.

Along with making the ATF a defunct agency, Greene’s legislation would set up an auction for the firearms and ammunition the ATF confiscated. Greene’s looking to use the proceeds from the auction to create a fund for families of Border Patrol officers killed in the line of duty after December 1, 2009, according to the Daily Caller. After providing grants of up to $150,000 per family affected, remaining funds would go to states who establish firearm safety programs.

Honestly, this is just glorious.

It’s not going to happen, of course, but it’s glorious.

First, let’s talk about just why it won’t happen. I mean, look at the makeup of Congress. This is the kind of Congress least likely to pass legislation like this. Yet even if there were a GOP majority, I think you’d be hard-pressed to find enough Republicans that would back a bill like this. They may not like how the ATF conducts business, but the ATF is responsible for more than just firearms, and some of that is going to be stuff that they’ll figure needs to be enforced.

But that doesn’t change how much I’m going to enjoy this one.

See, Greene’s bill is mostly virtue-signaling, it’s just virtue-signaling that we like. However, that’s not all it is. Perhaps the best part is that this will put many of the people who are talking about defunding the police in a position where they’re going to have to defend a law enforcement agency. They hate the cops, yet they’ll now have to defend the cops.

After all, the “defund the police” crowd overlaps heavily with the gun control crowd. The Venn diagram isn’t quite a single circle, but pretty close., which means Greene’s bill puts them in a position of either agreeing with her–and absolutely no one in either crowd wants to do that–or they have to defend the ATF.

For gun grabbers, that’s not a big deal. For the “defund the police” crowd, though, well, that’s a different matter entirely.

So, despite the fact that this bill will never pass or even make it out of committee, it might be the savviest move Greene has made during her short career in the House. I doubt it’ll erase memories of some of her past issues, but it’s still brilliant.

Plus, frankly, it’s always good to go on the offensive instead of playing defense all the time.

Gotta love leftist hypocrisy. Rep. Alexandria Ocasio-Cortez (D-NY), the radical leftist who has been spouting off for more than a year about … END_OF_DOCUMENT_TOKEN_TO_BE_REPLACED

What Price Covid?  How much has the Covid-19 pandemic cost the United States? A lot. And if, in fact, the People’s Republic of China … END_OF_DOCUMENT_TOKEN_TO_BE_REPLACED

Andy Surabian, a Republican strategist and senior adviser to Donald Trump, Jr., railed against the Biden administration’s reversal on the Chinese … END_OF_DOCUMENT_TOKEN_TO_BE_REPLACED

A couple of days ago, I posted on how Twitter has weaponized its “community standards” to shut down … END_OF_DOCUMENT_TOKEN_TO_BE_REPLACED

Rochelle Walensky, director of the Centers for Disease Control and Prevention (CDC), said in an … END_OF_DOCUMENT_TOKEN_TO_BE_REPLACED

It’s a Twitter kind of Saturday, but sometimes, they’re more enlightening than what gets posted … END_OF_DOCUMENT_TOKEN_TO_BE_REPLACED

Rep. Alexandria Ocasio-Cortez (D-N.Y.) is an avid supporter of the "defund the police" movement, yet … END_OF_DOCUMENT_TOKEN_TO_BE_REPLACED

In yet another episode of “Captain Obvious Declares Water Is Wet,” a recent survey has revealed that … END_OF_DOCUMENT_TOKEN_TO_BE_REPLACED

When Mayor Muriel Bowser (D) of Washington, D.C., announced this week she was enacting a face mask … END_OF_DOCUMENT_TOKEN_TO_BE_REPLACED