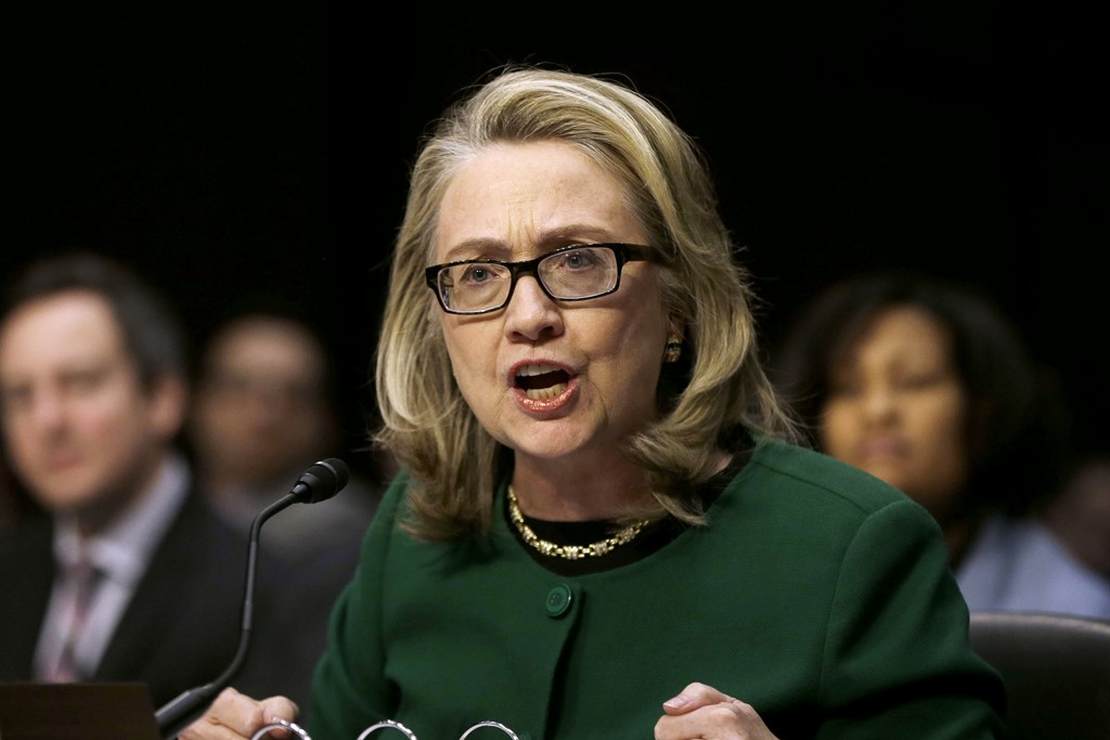 September 11 is a day that we remember because of the attack on the World Trade Center in 2001. We had two such stories earlier today from Susie Moore and Mike Miller.

The Obama/Biden Administration failed to respond appropriately before, during, and after the attack. They even lied about the attack claiming it was a protest that got out of hand because of a video, as opposed to the deliberate terrorist attack that it was.

Republicans recognized the deaths of those Americans on Sunday.

10 years ago, four American patriots lost their lives in Benghazi, Libya. I served on the Benghazi committee so we would learn the lesson that would never allow this to happen again.

We must never forget to fight those who threaten us and support those that defend us.

10 years ago Islamic terrorists killed 4 Americans in Libya. The attack was a direct result of the failed policies of the Obama-Biden admin. They falsely blamed a video to cover up the weakness, appeasement, and incompetence that led to the attack. #Benghazi #NeverForget

But the Biden Administration issued no formal statement remembering the attack on the mission, the CIA annex, or the killings including of a U.S. Ambassador. Why? Because they wanted to avoid reminding people of the incompetence and the lies, so they preferred to ignore the deaths of those Americans? Instead of remembering the men who died, liberals attacked the tweets of both Cruz and Pompeo.

Hillary Clinton went on CNN with Dana Bash on Sunday. She spoke about 9/11 and extremism, sounding like she was doing a “Joe Biden” and demonizing Americans in the process. But in checking the transcript, I found no mention of Benghazi or her failures. It was Clinton who was behind a lot of the failures and who promoted the false idea of the video motivating the attackers. It was Clinton who, during testimony about Benghazi, made the infamous comment “What difference, at this point, does it make?”

Hillary Clinton was NY Senator during 9/11, and Secretary of State during Benghazi 9/11…so it follows she’d be excellent guest for @CNN, today.

Extremism and holding people accountable don’t matter to Democrats if it doesn’t serve their political purposes, especially not if it points out their incompetence and their lies.

As Mark Geist — who was on the CIA annex rooftop — notes now, responding appropriately would have made a lot of difference.

“We heard over the time after Benghazi that well, there was no assistance anywhere that could have got there in time,” Geist told Fox News. “You can get a lot of places in 13 hours. To say that was kind of heart-wrenching for us because we knew better.”

Geist added that Clinton and other top officials don’t have the “intestinal fortitude” to accept responsibility for mistakes committed during Benghazi, including their slow response time.

“Glen, Tyrone, Ambassador Stevens, Sean Smith put their hand up in the air and swore to uphold the Constitution,” Geist concluded, saying that he hopes the U.S. will remember the fallen men Sunday, amid the anniversary of 9/11.

Unfortunately, as Mark Geist says, the government still hasn’t learned the right lessons from what happened — to listen to the folks on the ground. And they couldn’t be bothered to recognize the men.

Unfortunately, we still saw the Biden Administration leaving Americans and our allies behind — hanging out in the wind — and lying about it when it came to Afghanistan as well. A sad thing to note on the 10th anniversary of Benghazi. But Biden doesn’t care about any of the lessons.

President Joe Biden’s approval rating is underwater on every key issue listed in the latest The Economist/YouGov survey. The survey, taken … END_OF_DOCUMENT_TOKEN_TO_BE_REPLACED

Despite his publicity stunts to draw attention to his presidential run, and preening about “California Freedom,” Governor Newsom continues to … END_OF_DOCUMENT_TOKEN_TO_BE_REPLACED

The U.S. government must end the “venomous nativism” of ordinary patriotic Americans by flooding it … END_OF_DOCUMENT_TOKEN_TO_BE_REPLACED

There have been a lot of villains at the Department of Justice over the years, with no shortage of … END_OF_DOCUMENT_TOKEN_TO_BE_REPLACED

The White House is lying their heads off about the bill proposed by Sen. Lindsey Graham (R-SC) to … END_OF_DOCUMENT_TOKEN_TO_BE_REPLACED

Things settled down a little bit last week, though there were some absolutely crazy moments like … END_OF_DOCUMENT_TOKEN_TO_BE_REPLACED