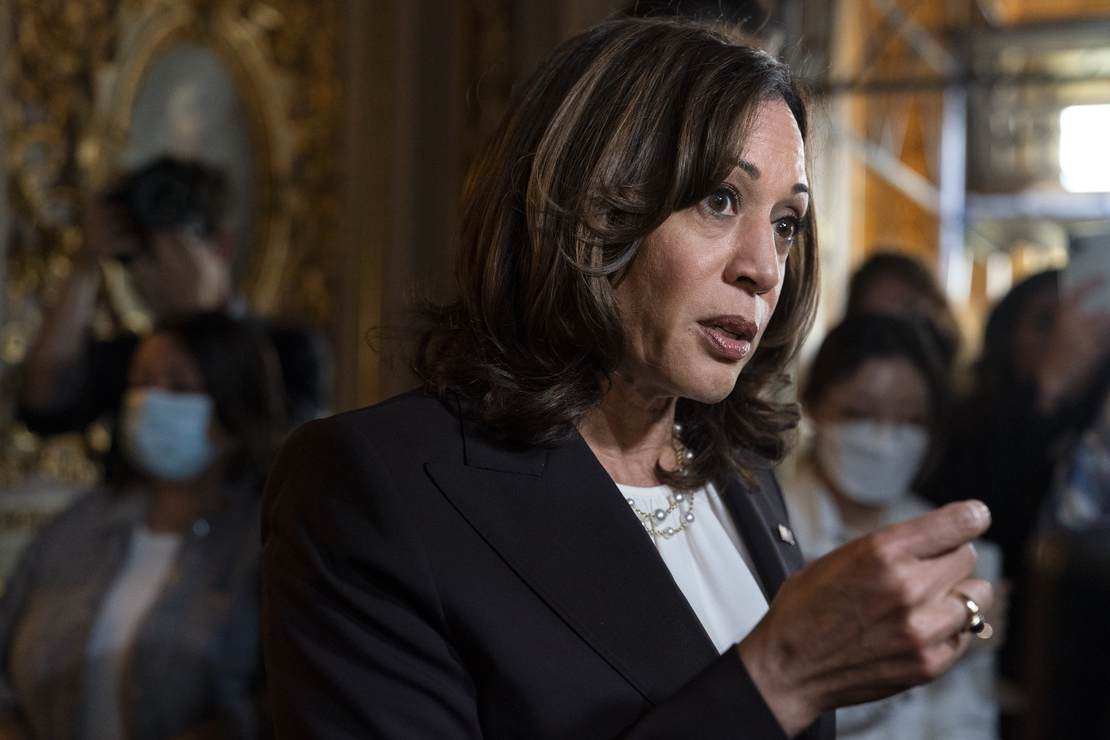 As we previously reported, not even NBC News “Meet the Press” anchor Chuck Todd – a cheerleader for Democrats if there ever was one – was buying Vice President Kamala Harris’ claim on Sunday that the southern border of the United States is “secure.”

For those who missed the segment, here’s the transcript and video:

Todd: I want to ask you about the border. Would you call the border secure?

Harris: I think that there is no question that we have to do what the president and I asked Congress to do, the first request we made: pass a bill to create a pathway to citizenship. The border is secure, but we also have a broken immigration system, in particular, over the last four years before we came in, and it needs to be fixed.

Todd: We’re going to have two million people cross this border for the first time ever. You’re confident this border’s secure?

Harris: We have a secure border in that that is a priority for any nation, including ours and our administration. But there are still a lot of problems that we are trying to fix given the deterioration that happened over the last four years.

WATCH: The U.S. will have 2 million people cross its border for the first time. #MTP@VP: “We have a secure border in that that is a priority. … But there are still a lot of problems that we are trying to fix given the deterioration that happened over the last four years.” pic.twitter.com/7ZpvE9sX0g

That Chuck Todd was not even falling for the word salad Harris was spinning on the border crisis shows you just how badly Democrats are losing on this issue. As the old saying goes, when you’re a Democrat and you’ve lost your most devoted apologists in the MSM…

But in response to Harris’ comments, a number of Republicans including Sen. Marsha Blackburn (R-Tenn.) have offered her some words of advice over a year and a half into Harris’ time as President Biden’s so-called “border czar”:

Maybe if Kamala Harris actually visited the border she would know the border is not secure.

Seriously. I mean that’s literally all she has to do but she simply will not do it.

The one “visit” she did make was in June 2021 to El Paso to an area that is not even considered the crux of the problem (she visited a border patrol station, not the Rio Grande Valley). And that trip was hastily scheduled only after former President Donald Trump one-upped the Biden administration by announcing his own visit to the Texas/Mexico border at the invitation of Gov. Greg Abbott.

As for Joe Biden “visiting” the border, he can’t even be bothered, either, outside of that one time in his decades-long career in politics that his motorcade did a drive-by on the way to an Obama-Biden campaign event in Las Cruces back in 2008. Bizarrely, former Biden press secretary Jen Psaki proclaimed that to be a genuine “visit” to the border though Biden never even stopped to actually tour the El Paso border area.

Sadly, evidence continues to pile up in proving that our border is indeed not at all secure. Pretty much every day, Fox News national correspondent Bill Melugin posts videos of “gotaways” skating across the border free and clear:

EXCLUSIVE: In just a 45 minute span in Naco, AZ, our team saw over a dozen illegal immigrants dressed in camouflage use a rope to scale the border wall, then run into AZ. None were caught, making them “gotaways”. There have been over 500,000 gotaways so far this year. @FoxNews pic.twitter.com/kV29qahnEY

While inflation and the economy remain top issues for people going into the fall midterm elections, the impact of Biden’s lax border security policies on the minds of voters should not be underestimated. In April, when Biden’s CDC announced they were seeking to have the Trump-era Title 42 policy expire, a Morning Consult poll at the time showed that it was Biden’s “most unpopular decision” to date among not just Republicans but independents as well.

That same poll also noted that their data lined up with past polling that showed considerable voter dissatisfaction with his handling of the border crisis, even when his overall approval ratings weren’t upside down.

Republicans, especially those in tight election battles, should hammer home the message about what absolute failures both Biden and Harris have been when it comes to border security. It’s a message that will definitely resonate with the crucial independent voting bloc and could pave the way for Republicans to take control of the Senate.

Rev. Laura Cheifetz is the Assistant Dean of Admissions, Vocation, and Student Life at Vanderbilt University’s School of Divinity. She has held this … END_OF_DOCUMENT_TOKEN_TO_BE_REPLACED

In a forthcoming book titled "Abolish the Family," the author "makes the case for family abolition," … END_OF_DOCUMENT_TOKEN_TO_BE_REPLACED

When I was a kid, the FBI was the agency of countless heroes of television and film. As a kid who … END_OF_DOCUMENT_TOKEN_TO_BE_REPLACED

Are you ready for a very "necessary deep dive?" In this video, Mark Levin broke down key details … END_OF_DOCUMENT_TOKEN_TO_BE_REPLACED

Over the weekend I received an email from my favorite online satire site, the always-hysterical … END_OF_DOCUMENT_TOKEN_TO_BE_REPLACED