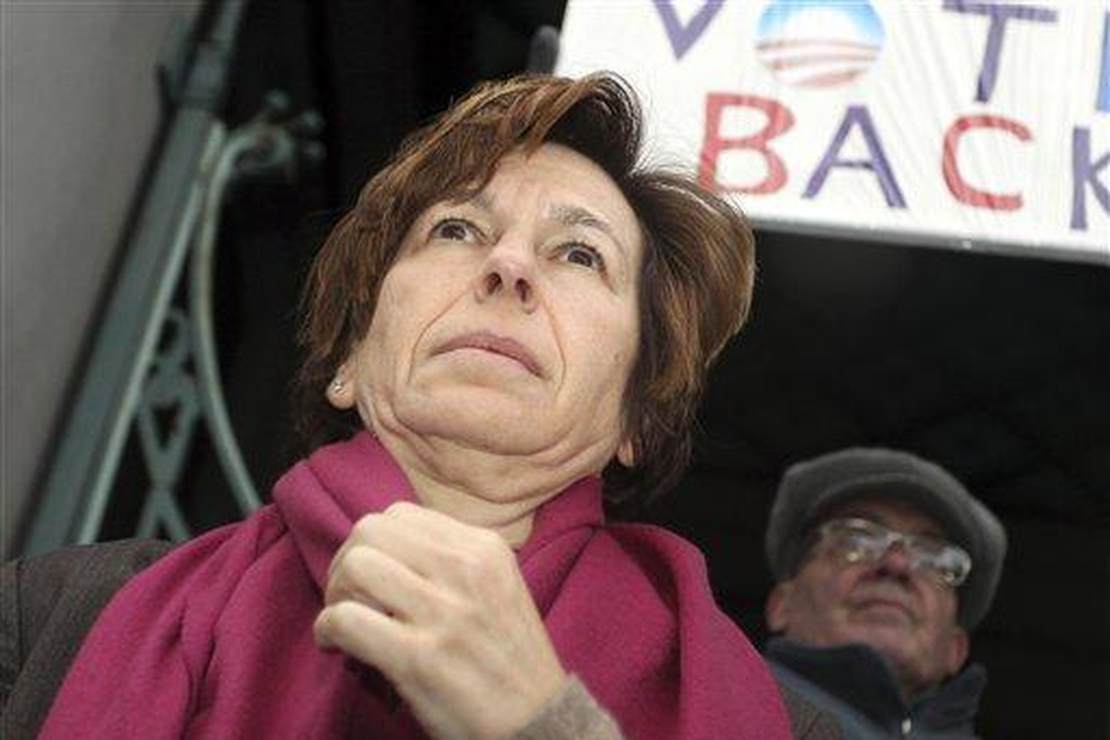 Perhaps the greatest enemy of American students to emerge in the last two years has been the American Federation of Teachers (AFT), headed by professional nosy-neighbor, Randi Weingarten.

Weingarten spent the pandemic advocating to keep children out of the classroom and to perpetuate the failed Zoom school experiment. In recent weeks, she has gone on a “rehabilitation” tour of sorts, attempting to gaslight the public into believing she and her organization had been advocating for keeping schools open the whole time.

One of the biggest revelations throughout this pandemic chaos has been the amount of influence American teachers’ unions have over federal policy. In fact, many parents were shocked to discover the AFT President wasn’t just influencing education policy, she was openly lobbying and negotiating with the CDC to rework medical recommendations and messaging to support the desires of the unions and to promote school closures as long as possible.

But it wasn’t even Weingarten’s full-court press to control as much of the lives of American students as possible that is the most shocking revelation…it’s that she feels entitled to do so.

That stunning arrogance is once again on display as Weingarten is now pressuring Meta (the new Facebook parent company) to control “disinformation” under the guise that it is harming the mental health of our children.

As it turns out, AFT has $6.3 billion dollars in Meta holdings. That means they own a lot of shareholder votes. A May 4 memo to AFT trustees from Randi Weingarten outlines a proposal to investigate Facebook for deliberately ignoring calls to monitor disinformation that is (supposedly) directly harmful to the mental health of young users. (A full copy of the memo is embedded below.)

“Proposal Fourteen: Shareholder Proposal Regarding Assessment of Audit & Risk Oversight Committee,” submitted by Harrington Investments, in conjunction with the Park Foundation and Sum of Us, would, if approved, instruct Meta’s board to hire an outside, independent law firm to evaluate the performance of the board’s audit committee’s capacities and performance in overseeing company risks. The AFT strongly supports this resolution, and I urge your fund to join us by voting in its favor.

This resolution follows a series of high-profile troubling events casting doubt on Meta’s risk management practices and internal controls. Last fall, Meta whistleblower Frances Haugen testified before the U.S. Congress and shared documents showing that Meta’s Facebook platform “repeatedly misled the public about what its own research reveals about the safety of children, the efficacy of its artificial intelligence systems, and its role in spreading divisive and extreme messages.”

Does she mean “divisive and extreme messages” like accusing concerned parents of domestic terrorism? Or labeling citizens concerned about the pro-segregation tenets of critical race theory as white supremacists?

No, of course not. She means QAnon and, naturally, COVID and political “disinformation.”

In addition, for years, Facebook has allowed its platform to be used—or, at best, has been unable to prevent it from being used—to fuel and amplify the dissemination of political disinformation, including facilitating Russian attacks in the 2016 and 2020 presidential elections and the dissemination of false conspiracy theories like QAnon and catastrophically destructive health disinformation during the COVID-19 pandemic. Haugen’s testimony made clear that Meta’s management is both aware of the harms caused by its products and unwilling to make substantive changes to address them. This testimony, which has not, to our knowledge, been credibly refuted, raised profound doubts about the effectiveness of Meta’s internal controls and its board’s risk management practices, and called into question the accuracy of numerous statements Meta management has made to investors. The underlying conduct itself poses an obvious threat to the long-term best interests of Meta and its shareholders.

Ultimately what Weingarten is saying here is that Facebook needs to add another “fact-checker” to their already suspect roster — teachers’ unions. AFT is asking not to temper Facebook, but to control its very definition of truth.

Remember when teachers just focused on the classroom?

The most pathetic and enraging part of the proposal is that it pretends to be concerned with the mental health of our children. Weingarten’s union, under her direction, has perpetuated the largest mental health crisis in American youth that perhaps we’ve ever seen. Now, these people want us to believe they are suddenly concerned about what we parents have been begging them to notice since they locked our children out of school?

Among the electorate it’s a “no-sale,” and that is reflected in the tens of thousands of parents running for their school boards across the country right now.

Whether it will be enough to force Facebook to crack down on free speech remains to be seen. While Weingarten has a failing record with parents, she has a winning record with the political establishment. Even if she is successful in this censorship bid, the cat is out of the bag with average Americans. She can’t control the truth that was streaming right into our homes via virtual classrooms over the last two years.

Is diversity of thought a product of white supremacy? It appears so, according to a college … END_OF_DOCUMENT_TOKEN_TO_BE_REPLACED