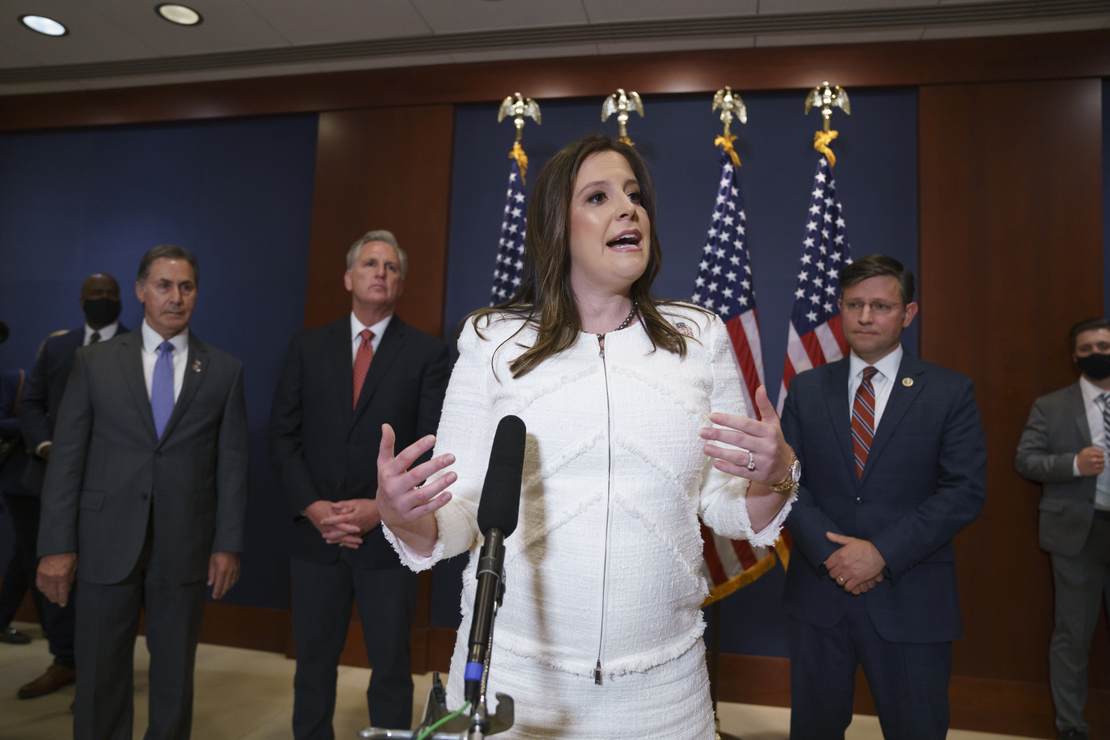 As RedState reported on Saturday, House Republican Conference Chair Elise Stefanik’s opponent, Democrat Matt Castelli, was under fire for posting a photo of Stefanik with her one-year-old son on Twitter. Castelli later took the post down following a request from the New York congresswoman’s husband. Following that report, RedState decided to look deeper into Castelli’s background, including speaking with a former National Security Council source that explains why he left the organization earlier than expected.

As The Daily Mail reported, Castelli seemingly had a history of unprofessional behavior, such as reportedly drinking while working and being promiscuous with colleagues.

“It’s funny because he’s all about country before party – it was party before country back then,” a source told the outlet.

However, the report also noted something beyond just poor behavior. His actual job performance was also discussed in the story, particularly in a disagreement with former National Security Advisor H.R. McMaster over Castelli’s counterterrorism strategy.

“Allegations of impropriety in Castelli’s professional, personal, or private conduct is clearly a political hit job from allies of Elise Stefanik because she is afraid to run against a patriot like Matt Castelli who served our country while she only serves herself,’ Castelli said in a statement to The Daily Mail in August.

Although Castelli told the Daily Mail that he was not nudged to leave the NSC after the dispute, a source who spoke on the condition of anonymity told RedState that he was pressured to depart from the role. The source added that Dan Stigall, the Director of Counterterrorism for the National Security Council for the White House from 2017 to 2019, ultimately ended up putting together the administration’s strategy.

He has campaigned heavily on his national security experience, including on his website:

Matt’s success at the CIA led to the opportunity to serve as Director for Counterterrorism at President Obama’s National Security Council. In that role, he developed strategy, policy, and operations to keep America safe from terrorism and extremism. His work degraded Al Qaeda and ISIS, and strengthened security cooperation with our allies. Matt stayed in this role for the first year of the Trump White House before returning to CIA to work at the intersection of public-private partnerships to bring cutting-edge technology to help protect our nation.

Castelli is unlikely to beat Stefanik, but he has two months to make his case to voters before election day.

A libertarian group filed a lawsuit on Tuesday challenging the legality of the Biden administration’s federal student loan forgiveness plan. The group … END_OF_DOCUMENT_TOKEN_TO_BE_REPLACED

When we last left Congressional representative Katie Porter (D-CA), RedState revealed that she benefited from lower-cost housing in the high-rent … END_OF_DOCUMENT_TOKEN_TO_BE_REPLACED

With a tempest bearing down on Florida Politico tries a pre-emptive hit on Governor DeSantis and drowns in failure. The press sometimes just cannot … END_OF_DOCUMENT_TOKEN_TO_BE_REPLACED

While normal people are watching the approach of Hurricane Ian towards Florida with dread, the national press seems downright excited that they might … END_OF_DOCUMENT_TOKEN_TO_BE_REPLACED

New York City has historically been the American city with the most gun control. Not only does state law hold there, but the city has its own brand of … END_OF_DOCUMENT_TOKEN_TO_BE_REPLACED

NASA successfully crashed a spacecraft into an asteroid Monday, in a demonstration of “the world’s … END_OF_DOCUMENT_TOKEN_TO_BE_REPLACED

Among the many anti-gun bills recently signed by California Gov. Gavin Newsom was a measure aimed at … END_OF_DOCUMENT_TOKEN_TO_BE_REPLACED

President Biden continues to look weak in front of world leaders. This is not only a bad look for … END_OF_DOCUMENT_TOKEN_TO_BE_REPLACED

In a court filing on Tuesday morning, the Pacific Legal Group filed the first lawsuit against the … END_OF_DOCUMENT_TOKEN_TO_BE_REPLACED