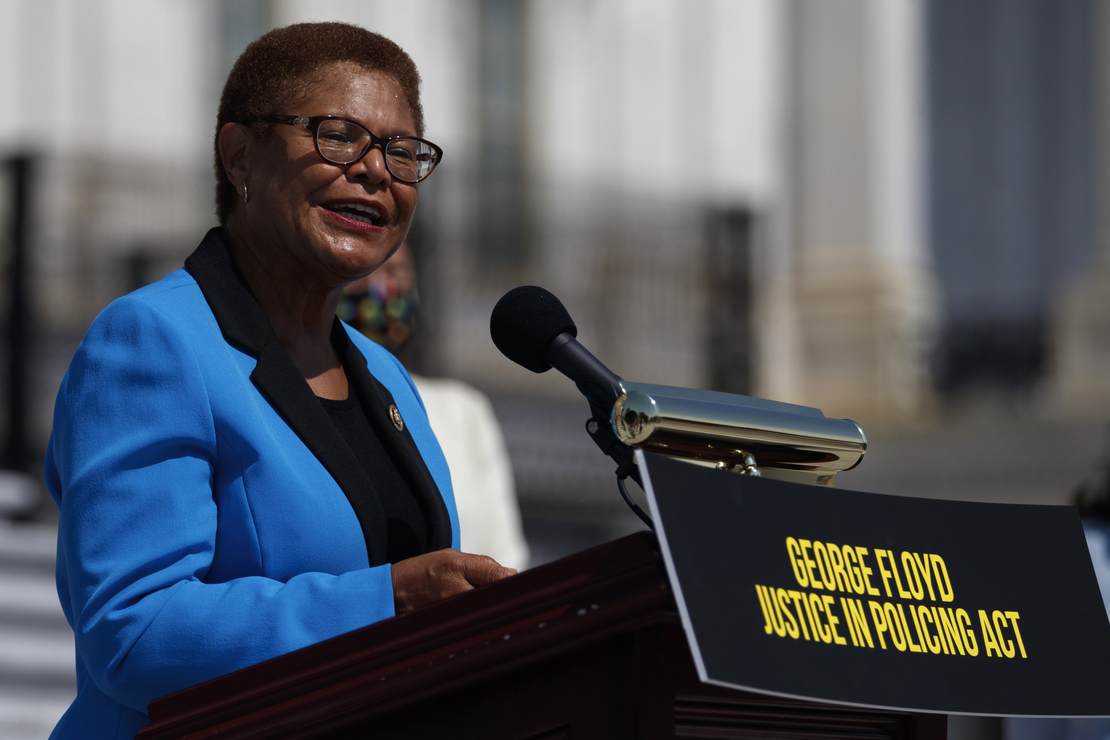 In a story that even by California politics standards makes little sense, Democrat Congresswoman Karen Bass, presently running for mayor of Los Angeles, reported Saturday that a burglary occurred at her house the previous Friday, September 9th. However, the only items taken were two guns that, according to Bass, were securely stored. From FOX News:

“Last night, I came home and discovered that my house had been broken into and burglarized,” the Bass campaign said in a statement. “LAPD was called, and I appreciate their assistance. At this time, it appears that only two firearms, despite being safely and securely stored, were stolen. Cash, electronics and other valuables were not. It’s unnerving and, unfortunately, it’s something that far too many Angelenos have faced.”

The Los Angeles Police department has yet to comment on the matter.

Bass’ stance as a gun owner appears to be, at least in part, in opposition to her stated policies. From her mayoral candidacy website:

The pandemic has undermined long-standing initiatives to stem violence over the last 15 years. Los Angeles experienced nearly 400 killings due to gun violence in 2021. We need immediate interventions and sustainable solutions to address gun violence.

Bass will fund programs for Angelenos who are at serious risk of being either the perpetrator or victim of gun violence, provide non-law enforcement-led services – including job training and placement assistance, education and assistance covering basic needs such as housing, food, and transportation.

Research tells us that what people harmed by crimes want most is to ensure that they are not harmed again and that no one else will be harmed either. By a significant margin, crime survivors prefer fairer prison sentences, greater investments in crime prevention, rehabilitation, schools and education, and mental health and drug treatment.

Los Angeles cannot arrest its way out of crime. Historically, law enforcement’s approach has been to apprehend, adjudicate, and punish — Bass believes this is a reactive model that levels too much focus on the individual wrongdoer and not enough on the conditions underlying crime and violence. It’s not law enforcement’s role to focus on the root causes of crime and violence – community organizations and trained experts can and should be given the resources to do just that.

As reported here on RedState in July 2022, Bass is a steadfast supporter of Los Angeles County District Attorney George Gascón. Her stated policies mostly mirror Gascón’s regarding mollycoddling criminals. Apparently, Bass’ belief in the matter ends where her home begins.

The burglary raises multiple questions. Why didn’t the thief or thieves steal anything other than the two guns? What kind(s) of guns are they? What is Bass’ definition of “safely and securely stored?” How did the thief or thieves get past these safeguards? Was it obvious that the guns’ location contained firearms?

One strongly suspects this matter is far from concluded, although given the Los Angeles media’s legendary curiosity void whenever Democrat politicians are involved, good luck finding any further information.

It almost reads like a headline from the satire site, The Babylon Bee, huh? With nearly 2.5 million — and counting — Border Patrol encounters with … END_OF_DOCUMENT_TOKEN_TO_BE_REPLACED

Seventy-three companies in Britain are halfway through a six-month trial in which employees get a paid day off weekly. Instead of the standard 40-hour … END_OF_DOCUMENT_TOKEN_TO_BE_REPLACED

Some of the lines from the familiar, seventh-inning stretch tune, “Take Me Out To The Ballgame” hit me a little differently on Friday night, at the … END_OF_DOCUMENT_TOKEN_TO_BE_REPLACED

All Joe Biden and his team had to do for the economy was nothing. Allow the people to go back to … END_OF_DOCUMENT_TOKEN_TO_BE_REPLACED

Despite his publicity stunts to draw attention to his presidential run, and preening about … END_OF_DOCUMENT_TOKEN_TO_BE_REPLACED