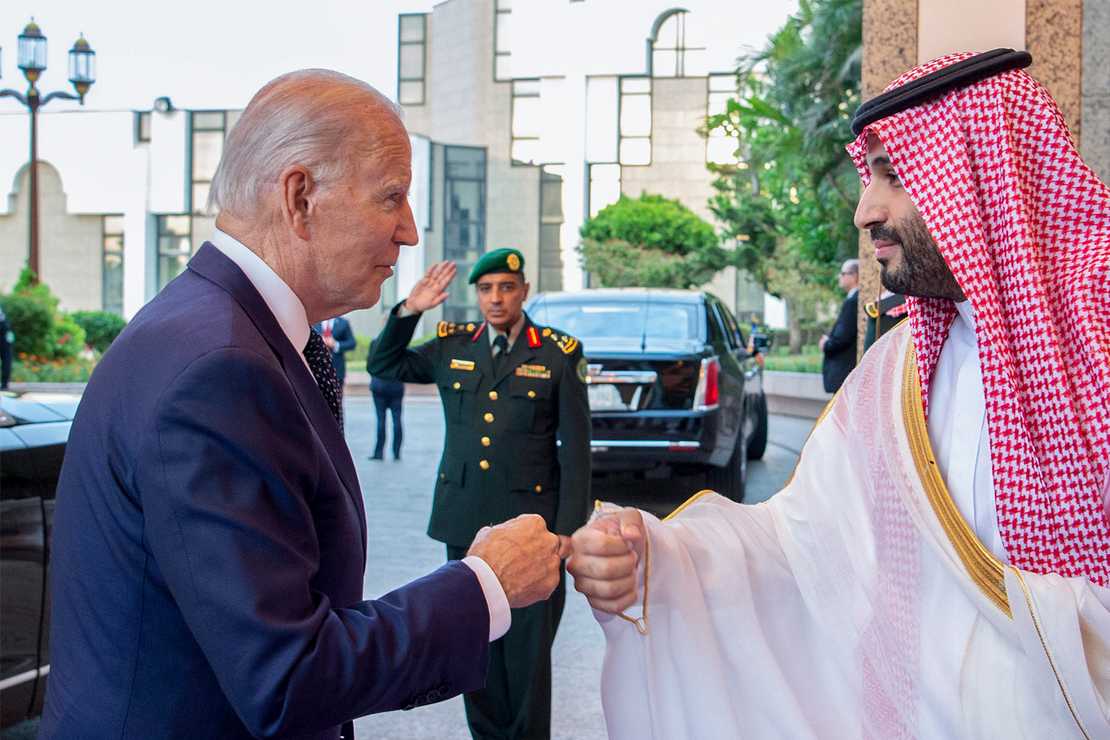 We reported earlier that the Biden team had made a controversial move to shield Saudi Prince Mohammad bin Salman (MBS) from a lawsuit brought regarding the murder of Jamal Kashoggi. Biden had previously claimed that he wanted to make Saudi Arabia a “pariah” nation. But then, after Biden attacked our energy industry, he went hat in hand to Saudi Arabia, fist-bumped MBS, and begged for more oil production from OPEC+. As we also reported, Biden sought to have any OPEC+ cut in production postponed so it wouldn’t affect our country until after the election, in a blatant effort to try to save the election for the Democrats. Now, in response to a request from the judge in the lawsuit, the Biden State Department has issued a letter to the DOJ that MBS should be treated as a head of state and as such should have legal immunity.

As the Washington Post observed, this was “a protection that even President Donald Trump’s administration didn’t offer.” Imagine how angry they have to be when they say that. Trump, of course, didn’t do that and he also never fist-bumped him either. People on the left had a meltdown over this move by Biden, considering it, not surprisingly, a betrayal of what he had previously said.

The CIA concluded that MBS ordered Jamal Khashoggi’s killing. Not only does immunity here go against @POTUS’s commitment to hold MBS accountable for this heinous crime, it sets a dangerous precedent.
https://t.co/1QLoxHOsJM

I’ve saved some of my precious supply of rage for the Biden administration granting immunity to MBS in the murder of Jamal Khashoggi. https://t.co/D2k3lt4zDw

Biden’s team tried to fall back on claiming it was just a legal decision, that this was how they had treated leaders in the past.

In 2020, Biden promised to make Saudi Arabia “a pariah.” pic.twitter.com/PG5iendTRX

White House Press Secretary Karine Jean-Pierre was asked if Biden had been involved in the decision at all. Notice how she ducks the question, falling back on the claim that it’s just a “legal decision.”

CBS’s @EdOKeefe: “Was [Biden]…involved in the State Department’s decision regarding MBS and this Jamal Khashoggi case? Was he consulted by…anybody…to weigh in?”

That would seem to be a simple question. So if she wouldn’t respond, can we, therefore, assume the answer was yes? That Biden didn’t want to step on MBS when he was begging him for oil? That’s pretty disgraceful all around.

But there are a couple of other things that I noticed in the letter from the State Department legal advisor to the DOJ Principal Deputy Assistant Attorney General.

First, it’s the State Department dictating the move to the DOJ, so that is the administration effectively dictating to the DOJ, which is supposed to be making non-political decisions.

But second, if you look at the timeline, you can see something interesting.

The judge asked the government for their opinion on immunity at the beginning of July. That was right before Biden went to Saudi Arabist to beg for more oil production. The DOJ didn’t have to give an opinion to the Court, they could have just declined to do so. They had until August 1. The DOJ didn’t give a response then but asked for an extension. In the meantime, MBS was made Prime Minister on September 27, three days before the second due date for a DOJ response. Being Prime Minister — head of government — would strengthen the argument for immunity. But then, rather than answering by that second date, the DOJ got another extension to respond until Nov. 17. That’s when we finally got that one-paragraph legal opinion from the State Department.

Here’s a question for reporters to ask Jean-Pierre or Biden: Did you put off the response in which you were going to shield MBS — knowing that it would antagonize people on the left before the election — but now doing it, to help out with the oil situation? If it was the only response you could give, as you now claim which isn’t quite true, why did you need that extension? Couldn’t you just have answered back in September? Why didn’t you do that then? Is this one more thing that the Biden team tried to put off so as not to hurt the Democrats’ chances in the election? Did any of this have to do with the oil negotiations?

Welcome to the RedState Weekly Briefing  — where we take a quick look at the week’s most viewed stories in case you missed any of them. Grab a cup of … END_OF_DOCUMENT_TOKEN_TO_BE_REPLACED

Florida Gov. Ron DeSantis, a popular figure on the political right who is widely viewed as someone … END_OF_DOCUMENT_TOKEN_TO_BE_REPLACED

CARACAS, Venezuela — A committee of the U.S. Department of Justice released a statement on Wednesday … END_OF_DOCUMENT_TOKEN_TO_BE_REPLACED