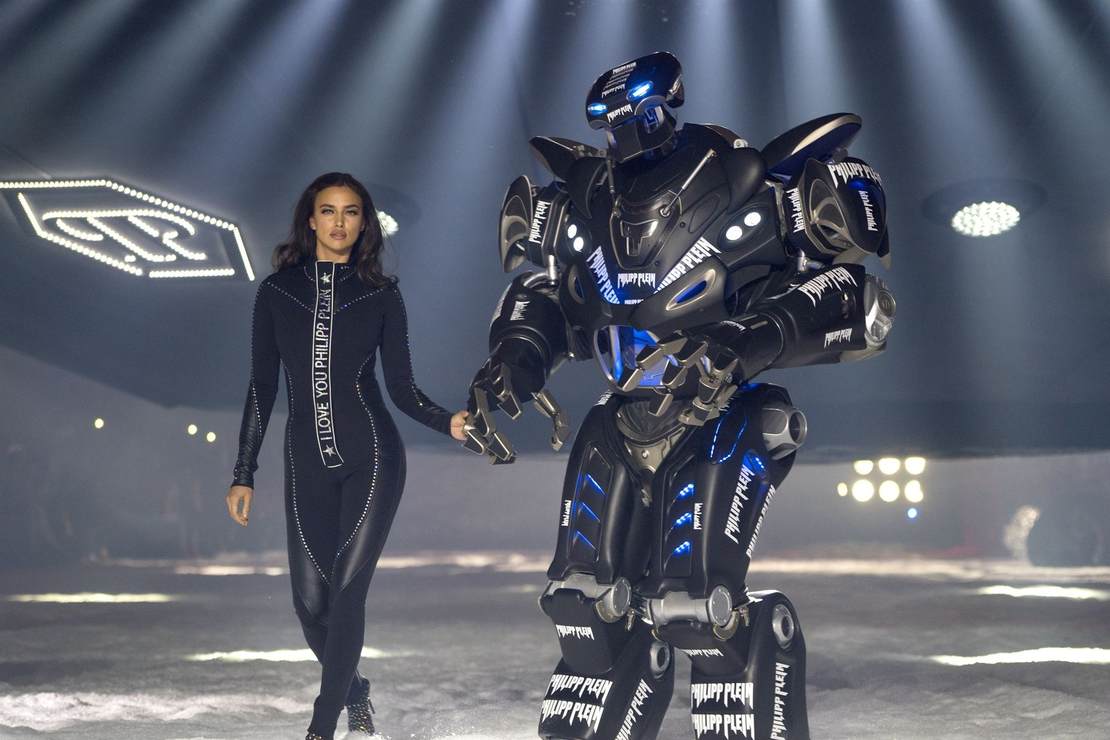 Tesla CEO Elon Musk has had a lot of visions for future technologies that have come true. He now has rockets that can go up into space and then land safely back on Earth, as well as the most popular electric car company in the world.

Now, Musk is talking about bringing a long-running sci-fi fantasy into reality, humanoid robots. In a TED Talk that featured Musk, he discussed bringing about a common humanoid robot that could accomplish a myriad of menial tasks, be it mowing your lawn, cooking your dinner, or even being a sexual partner.

Longer term, Musk said at a TED Talk that robots could be used in homes, making dinner, mowing the lawn and caring for the elderly, and even becoming a ‘buddy’ or a sex partner 3/6 pic.twitter.com/mNXuEbqEhZ

Meanwhile, Mark Zuckerberg is attempting to bring the Metaverse to life, which is a virtual world where people can hang out, play games, and even work. Apple is making wearable tech more and more advanced by the day, and somewhere someone is attempting to bring to life actual artificial intelligence and is getting incredibly close.

Humanity is constantly improving technology at a breakneck pace. So much so that we’re having a hard time keeping up with it. The introduction of social media changed us far more than we understand and we still don’t fully realize its implications on our psyche and our civilization.

But that’s not what this article is about. With these leaps and bounds happening by the minute, what will our future look like in 50 years?

I have a very educated guess, and I can make these guesses based on my observations of humanity over the years I’ve spent watching it from my positions as a journalist/culture critic. Moreover, I’d love to hear yours. Feel free to tell me in the comments.

Provided we don’t reject them as a whole, there’s absolutely no way it can’t. As a species, humans have been learning how to utilize better and better tools to make their short time on this rock both easier and time-effective. We now rely on technology to do everything including cooking our food and teaching our children. We even rely on tech to have groceries delivered to our door, and drones are being experimented with as the device by which it’s delivered.

For a species ever looking to make their burden even easier, a humanoid robot is a no-brainer. Let me give you a little scenario.

Let’s say a person’s car breaks down. Most people don’t have the know-how, time, or gumption to try to fix it themselves so they take it to a mechanic. The mechanic charges them for parts and labor, and if the person lives in a busy area, they might even have to leave it there for a while.

Imagine that same scenario in the future, only now we have personal robot assistants. You order the bot to diagnose the issue with your car. Your robot and the car’s system communicate, it deduces the problem and asks you about purchasing the necessary replacement part. You confirm the purchase, the robot orders the part from its internal systems, and a drone delivers it within a few minutes. Your robot assistant then takes the part and, with maintenance protocols downloaded, proceeds to fix it for you and quickly. It then cleans itself and gets to work on dinner so you can focus on something else be it a project or just being lazy.

The robot saved you time and money, both of which humanity has a finite amount of. It should also be noted that this is just personal use. There’s no way that, given the option, an entire corporation won’t employ thousands of these robots. They always obey orders, never have to take a day off, don’t get sick, and will never go on strike due to intense working conditions. It’s already happening, they just look like kiosks and automated spatulas right now.

This will have wide-ranging implications for humanity. While we will have more time on our hands than ever before, we’ll also suffer from joblessness in ways we haven’t experienced. We will become far lazier to boot with most menial jobs now being done for us. Then there’s probably the biggest problem of all…a population decline.

Musk brought up the fact that these bots might even become sexual partners and he’s likely very right. If there’s one thing I noticed it’s that men and women are drifting apart and both have turned to alternate means of gratification. It’s common for women to use devices and for men to watch pornography. While it’s not widely talked about, sexual gratification has evolved technologically just like everything else has. Moreover, the sex industry has driven technological development far more than many people actually think.

One thing that is being made increasingly realistic is the sex doll. As the New York Post reported just last year, industry executives predict that within a decade, robotic sex dolls will be advanced enough to walk, talk, and feel both sensations and emotions. The industry for sex dolls is actually booming and the advancements are being made by leaps and bounds, so it’s not out of the realm of reality to say they’re correct.

Let’s go back to the robot that just fixed your car and made you dinner. That sex doll business that’s been busy making your robotic sexual partner seem so realistic has been bought by a company that produces these advanced worker robots. It helps them appear more human and warm to consumers, but now not only does it take care of menial labor, but it can also act as a companion.

The same robot that fixed your car and cooked you an amazing dinner may also be the same robot that you welcome into bed. This can be awfully tempting as men and women become far more estranged due to various social trends and baser instincts go unfulfilled. Women will likely want companionship so that they don’t feel lonely while getting their “independence” while men will want a sexual partner that doesn’t say “no” to anything.

This might sound fun in the short term but it will be devastating in the long term. Having children will diminish in first-world countries as men and women no longer have a vested interest in one another. Sure, many women will give in to their instincts and seek a father for their child and there will be men who marry them, but you’ll likely see many of these women opt for donors as men willing to be in relationships become harder to find. Children will be raised primarily by human mothers and robot fathers that might look and sound human, but do not remotely carry that same spark of masculinity or masculine drive.

It will primarily be the poor who have children as they can’t afford a robot and instinctually want companionship, but that doesn’t mean the technology is out of the picture for them.

Likely far more prominent than robots, and a lot closer to becoming reality is the shared virtual world. Zuck is attempting to bring it about now with the Metaverse and like him or not, he’s smart for attempting to be the first to create and standardize it. If he succeeds he’ll be rich and powerful beyond imagining.

I can’t confirm this, but I’m willing to bet that Zuckerberg once sat down and read a book called “Ready Player One.” For those of you who haven’t read it, the book takes place in the near future where an eccentric man named James Halliday took a successful gaming company “Gregarious Games” and one day rebranded his company to “Gregarious Simulation Systems” upon the release of a system he called “The Oasis.”

“The Oasis” was a virtual world that was vast and equal parts realistic and fantastical. It featured solar systems, planets, cities, towns, and recreations beyond what you can imagine. It has quests, monsters, spaceships, and more. So popular was the system that most of the world began spending its time there, including corporations and businesses, who didn’t just open up stores and sell their wares from within The Oasis, but would buy entire planets by which to make their headquarters. People lived and worked at these locations from the comfort of their living rooms. When meetings needed to be had between workers, they slipped on their Oasis visors and met up in a meeting room in the Oasis just like they’d meet up at an office. Kids even got their education on a school planet called “Ludus.”

Zuck, an eccentric man, recently rebranded his company as “Meta Platforms” and launched “The Metaverse.” While it still hasn’t been fully realized yet, The Oasis IS Zuck’s goal and I have no doubt that it will be achieved in the near future. It might not be him, but it’s coming. There’s no way it can’t be, and as usual, corporations will drive this development.

Why open up shops when your shops can be virtual? Why pay for a massive corporate building when you can just pay for virtual real estate? Why pay for your employees to travel when all they have to do is put on a visor and haptics? You could ship your product from a local warehouse via drone and not spend a dime on trucks, uniforms, or people.

Entertainment and business will all take place in the virtual world. Movies, video games, television, and even walks in the park will all be under the visor. While robot companions are still a ways off, The Oasis is right around the corner and people are working very hard to make it a reality. When it does happen, things will change swiftly. Brick-and-mortar businesses will begin reducing in number as will the jobs they held within. The amount of time people spend out of their homes will also decrease at a shocking rate. Children born into a world where the virtual world is the norm will likely largely abandon the real world after having very little experience with it.

While these are just predictions, these are predictions I’ve made based on humanity’s behaviors with technology, social trends, and generational reactions to vast technological changes. We’ll need to find solutions to the obvious problems we’re going to create for ourselves, but provided we don’t nuke ourselves into the stone age or the events of Revelations don’t occur, this is where things are likely to head.

What do you think?

In a court filing on Tuesday morning, the Pacific Legal Group filed the first lawsuit against the Biden administration and its student loan … END_OF_DOCUMENT_TOKEN_TO_BE_REPLACED

In an update shared after Gays Against Groomers was permanently banned from using PayPal, the … END_OF_DOCUMENT_TOKEN_TO_BE_REPLACED

Apparently, Democrats have the power of gods and can halt major meteorological occurrences. Or, at … END_OF_DOCUMENT_TOKEN_TO_BE_REPLACED

President Joe Biden announced on August 24 that by executive action, he would wipe out a significant … END_OF_DOCUMENT_TOKEN_TO_BE_REPLACED

The new movie “Smile” is now out but while the movie is getting semi-decent reviews, the far more … END_OF_DOCUMENT_TOKEN_TO_BE_REPLACED

A would-be robber in Escambia County, Florida is behind bars and facing multiple charges after … END_OF_DOCUMENT_TOKEN_TO_BE_REPLACED