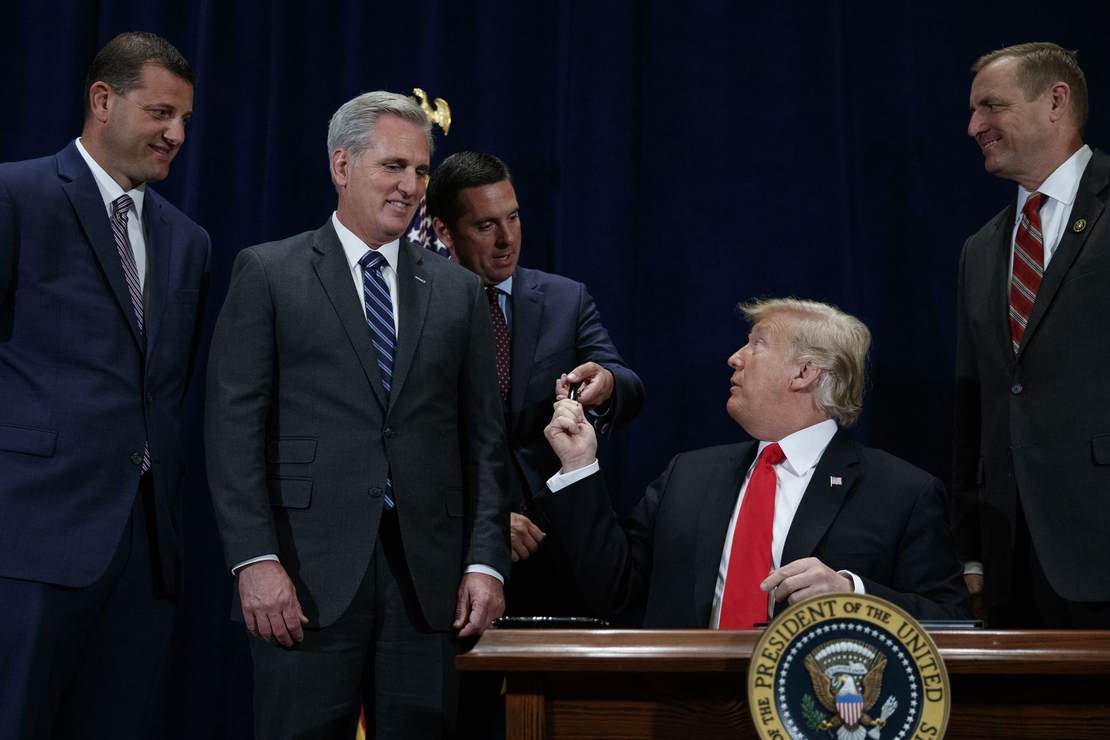 While votes are still being counted, and there could be a few, rare bright spots left for Republicans, one thing is clear: The red wave didn’t materialize in 2022.

Ironically, some accused me of being too conservative when I predicted the GOP only getting to 235 seats in the House. Now, the Republican Party might end up with a majority far less than that. The Senate is pretty much a wasteland as well, with Mehmet Oz, despite a strong push down the stretch, not being able to overcome his unfavorables in Pennsylvania. Don Bolduc got trounced in New Hampshire, Georgia is headed to a runoff, and Masters is an underdog as counting continues in Arizona.

Far from the optimism of suggesting that 54 senate seats were on the table, my “low” prediction of winning 51 seats would actually be a minor miracle for Republicans now. I whiffed, not because I was too conservative, but because I was too bullish. That’s an outcome that seemed improbable just a day ago.

What happened on Tuesday can’t be left to lie. There has to be a reckoning, and it’s going to be uncomfortable and challenge some deeply-held priors. Republicans can’t keep running the same play over and over, hoping that the next time things will be different. No one should escape accountability.

On the congressional side, Kevin McCarthy did not earn the mandate necessary to be handed the role of Speaker of the House. There should be a real battle for the position. In the Senate, Mitch McConnell, even though he should be lauded for raising and spending a ton of money this cycle to help elect Republicans, is 80 years old and is deeply unpopular with most Americans. For Republicans to escape their current malaise, new leadership is needed.

The recriminations don’t stop with elected officials, though. Donald Trump is the de facto leader of the Republican Party. He is the face, he does the rallies, he makes himself the center of attention, and he is the kingmaker. He has now failed in that role for three straight elections. Frustratingly, he refuses to take any responsibility for his failures, pointing to no possibility of change on his part as the standard-bearer.

For example, after Don Bolduc lost in New Hampshire, Trump trashed him despite the fact that he was one of the former president’s endorsed candidates. He also bashed Mehmet Oz after that race was called. Worse, in the midst of Republican struggles becoming clear late on election night, Trump took to Truth Social to celebrate the loss of Joe O’Dea in Colorado’s senate race. Later, he bragged about his supposed endorsement record, calling the disappointing night a “great victory.” That’s not leadership. It’s self-serving buck-passing, and it’s especially off-putting given Trump was attempting to take credit for the red wave right up until the moment that it ceased to be.

This excerpt from Spencer Brown’s post-election write-up over at Townhall is correct.

It’s also impossible to separate the national GOP political apparatus from former President Donald Trump, who, before the election, circulated a memo hyping up the number of rallies, candidate endorsements, fundraising numbers, and primary wins for which he claimed responsibility.

For Trump, his biggest win on Election Day was arguably J.D. Vance’s victory in Ohio. But losses for his candidates, including Oz, Walker, Bolduc, and numerous others, call into question his role in picking candidates and getting them across the primary finish line — something he’s bragged about endlessly.

After all, the rest of the GOP machinery ended up pouring money and time into the races where Trump-endorsed primary candidates advanced to the general, but that’s all downstream from Trump (and in some cases, Democrats who backed the same candidates in a now proven theory that those candidates would be easier to beat).

Meanwhile, in Florida, Ron DeSantis turned a state he won by 30,000 votes four years ago into a 20-point blowout. It was the most shocking shift in a single state in decades, with Republicans actually winning Hispanic voters outright. In a sea of terrible, what happened in Florida showed a better way. It showed what issues voters care about. It showed that being likable and effective as a leader matters. I don’t know if DeSantis runs in 2024, but Republicans would be foolish to pass over him for a nearly 80-year-old man with extremely high unfavorable ratings.

I realize saying that definitively is going to ruffle some feathers, but I assure you that’s not my goal. None of what I’m saying means that 2016 wasn’t special. It doesn’t mean that the big rallies weren’t fun when they actually meant something and weren’t just irrelevant spectacles. It doesn’t mean Trump didn’t accomplish a lot in the White House.

What it does mean is that times change, appeals diminish, and not adapting going forward would only guarantee another gut-wrenching loss in the next election. Republicans need a course correction just as they needed one after the George W. Bush era (which ended with Mitt Romney). It’s not about establishment vs. Trump because, to be frank, both sides have shown themselves incapable of winning at this point.

It’s going to take a combination of inspirational fight and extreme competence that hasn’t been shown by the party’s national leadership, from McConnell to Trump, to turn this ship around. And while I may personally think that’s DeSantis, I’m not trying to browbeat anyone into that position. I encourage people to support whoever they feel convicted to support, and if we end up agreeing on 99 percent of everything else but disagreeing on that one issue, there should be no hard feelings. All I ask is that people step back, look at the whole picture, and think critically about how we got to where we are. Changes have to be made because I’m tired of losing, and I hope you are too.

On Friday, CNN security analyst Juliette Kayyem suggested making 26 the minimum age to purchase an AR-15. Kayyem made her comments after being asked … END_OF_DOCUMENT_TOKEN_TO_BE_REPLACED

The Walt Disney Company was expecting big things from their latest animated movie "Strange World," the House of Mouse's first movie to feature an … END_OF_DOCUMENT_TOKEN_TO_BE_REPLACED

(The opinions expressed by contributors are their own and do not necessarily represent the views of RedState.com.) While it hasn’t received much press … END_OF_DOCUMENT_TOKEN_TO_BE_REPLACED

Quick-thinking cops in St. Petersburg, Florida, are being praised for preventing a potential “mass … END_OF_DOCUMENT_TOKEN_TO_BE_REPLACED

Most Americans are not personally worried about contracting coronavirus, a survey from The … END_OF_DOCUMENT_TOKEN_TO_BE_REPLACED

Nearly a quarter of Americans said they have not been vaccinated against the Chinese coronavirus, a … END_OF_DOCUMENT_TOKEN_TO_BE_REPLACED