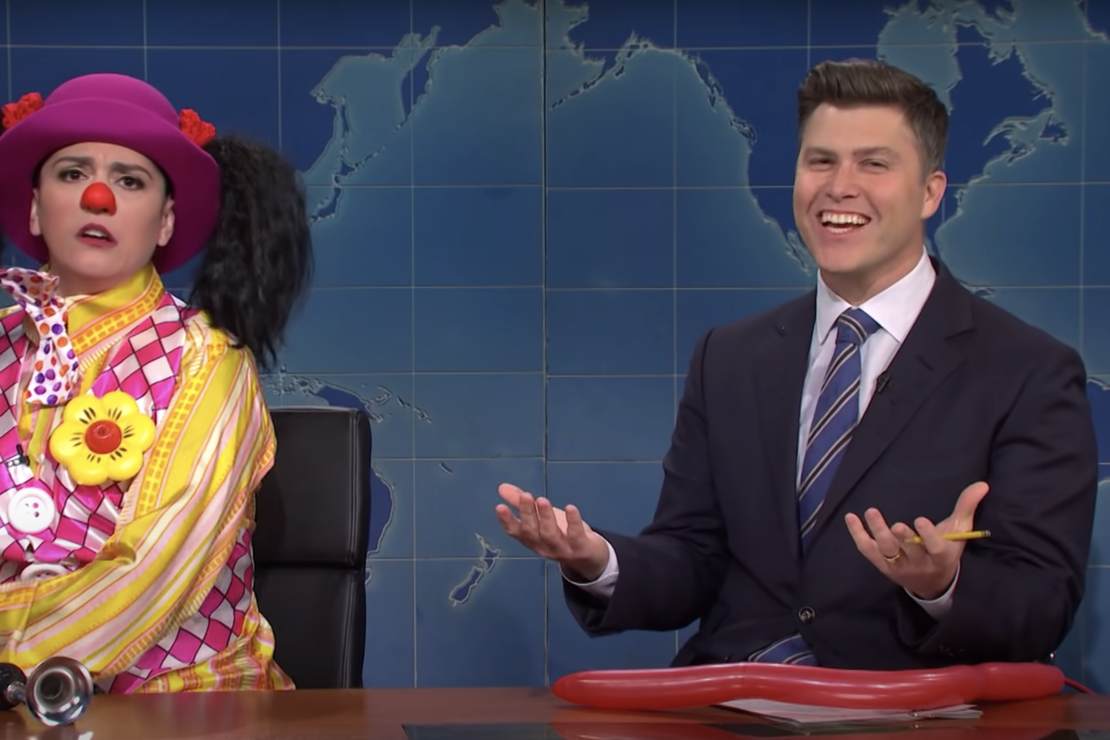 Comedy evolves, and so do television shows.

Apropos of progress, Saturday Night Live has made quite the cultural move. As reported by CBS News, the legendary live sketch program has cast its first performer to identify as neither woman nor man.

For the first time in the comedy skit show’s nearly half-century history, Saturday Night Live will have an openly nonbinary cast member. Molly Kearney, a comedian and actor known for their role as Fern Dannely in Amazon’s A League of Their Own, will be among the new actors joining the show in its upcoming 48th season.

Via a comedy routine on YouTube, Molly explains the origin of “Meatbrick”:

“[W]hen I was 10 years old, (my brothers) convinced me that my birth name was not Molly Kearney, but it was, in fact, ‘Meatbrick.’ … They made a fake birth certificate and crinkled it up and burnt the edges, and I was like, ‘This is my destiny.’ So little Meatbrick went to school the next day in my jumper. And I went up to Sister Karen’s desk, and I said, ‘Sister Karen, something’s come up. I will not be answering to “Molly” anymore. You will call me “Meatbrick.”‘ (I) went back to my desk, signed my math paper ‘Meatbrick’ like I was Oprah, and my friends started calling me ‘MB.’ … Can you imagine being on the playground with good old Meatbrick? I was like a big 1990s Roseanne Barr in fourth grade, okay? I ate meat bricks for breakfast.”

America and its entertainment are undergoing a transformation — one of the self-perception sort. “Gender identity” is all the rage:

University Renames Its Women’s Clinic Because ‘Women’ Was Medically Inaccurate

Back to Molly, will the performer take on roles of both men and women? Presumably so — cross-sex characters have become a show staple:

Sex and identity aren’t the only ways in which SNL has grown. Over the past few years, an “offend all sides” mantra appears to have been replaced by a leftwing bent. Consider the appearance of Goober the Clown:

And there was this following the 2016 election, which was notably absent a joke:

It’s surprising the official YouTube channel still boasts that sketch. Will it remain online? Either way, in light of America’s first nonbinary “Not Ready for Prime Time Player,” don’t expect a revival.

Rev. Laura Cheifetz is the Assistant Dean of Admissions, Vocation, and Student Life at Vanderbilt University’s School of Divinity. She has held this … END_OF_DOCUMENT_TOKEN_TO_BE_REPLACED

In a forthcoming book titled "Abolish the Family," the author "makes the case for family abolition," … END_OF_DOCUMENT_TOKEN_TO_BE_REPLACED

When I was a kid, the FBI was the agency of countless heroes of television and film. As a kid who … END_OF_DOCUMENT_TOKEN_TO_BE_REPLACED

Are you ready for a very "necessary deep dive?" In this video, Mark Levin broke down key details … END_OF_DOCUMENT_TOKEN_TO_BE_REPLACED

Over the weekend I received an email from my favorite online satire site, the always-hysterical … END_OF_DOCUMENT_TOKEN_TO_BE_REPLACED