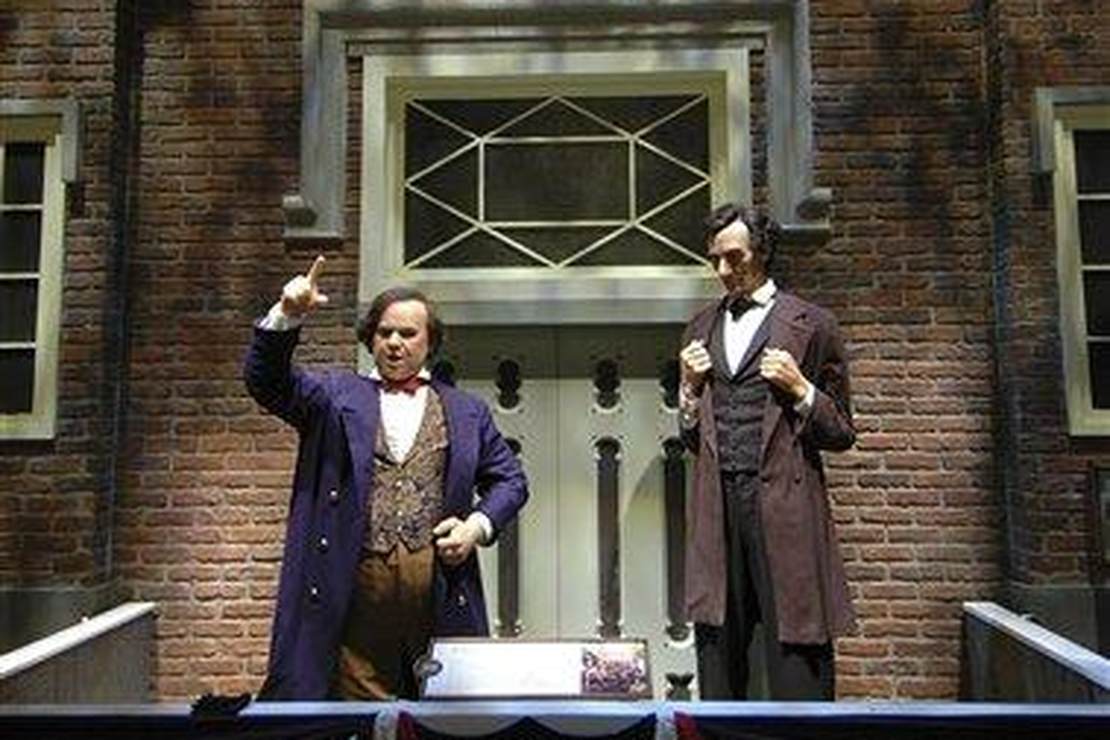 Note: This “Moore to the Point” commentary aired on NewsTalkSTL on Monday, September 26th. Audio included below.

If you follow politics semi-closely, something you likely look forward to during election season is the debates. What better way to get a good sense of where the candidates stand on the issues – and how they hold up under pressure?

And yet, more and more lately, we see candidates – in high-profile races – declining to debate. (See, e.g., here and here.) There are varying excuses, of course, but if you ask me, it boils down to one thing – the potential downside outweighs the upside. For the less polished contenders, they run the risk of exposing their weaknesses. Even for the more skilled debaters, there’s always the chance of a verbal misstep that will undercut their image. A debate can only be so scripted – it’s those off-script moments that can come back to haunt a candidate.

So I get it – strategically speaking, it may make more sense to avoid the risk altogether. After all, how many voters will decide not to vote for a candidate based on what they didn’t say? In today’s highly charged political arena, the odds are pretty low.

Still, I’d much rather see the candidates square off – lay out their platforms, make their points, defend them coherently, and rebut the challenges to them. In other words, show us that they’re up to the task. Frankly, I have a lot more faith in a candidate who’s willing to take that risk than one who isn’t. 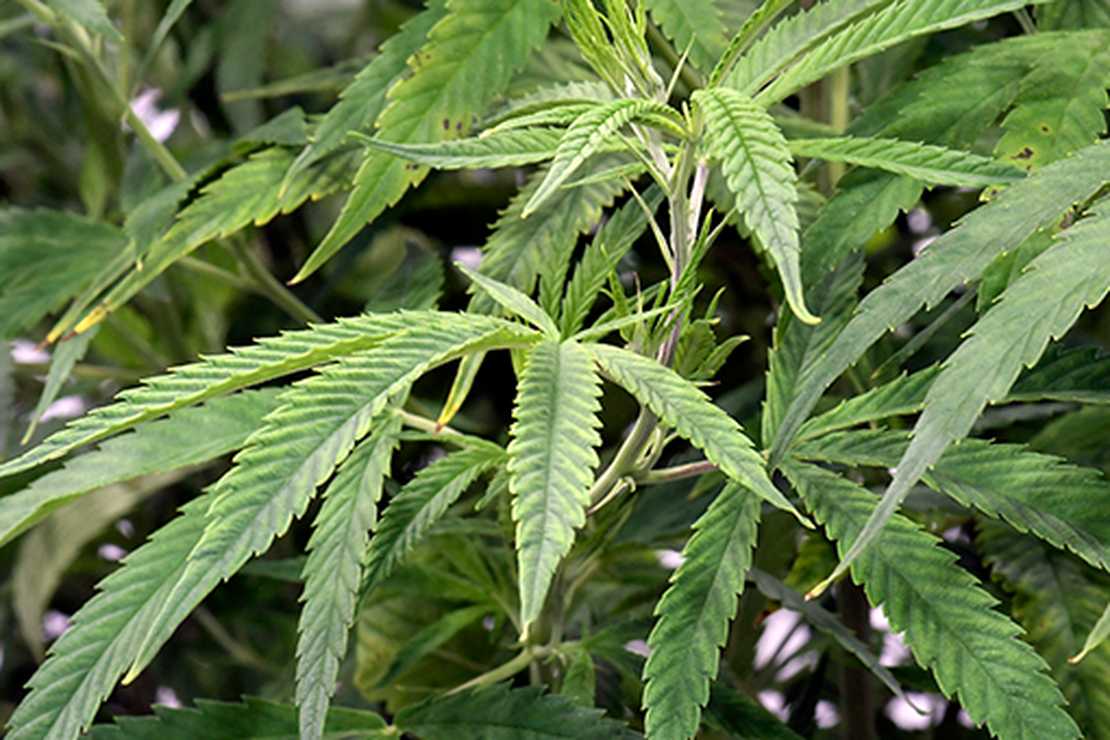 Note: This “Moore to the Point” commentary aired on NewsTalkSTL on Friday, September 23rd. Audio included below.

Louisiana Senator John Kennedy has affectionately been referred to at NewsTalkSTL as “a national treasure.” The man has a cheeky wit and way with words and his unmistakable drawl just adds to the charm. One of my favorite quips of his is: “Somebody at the White House has been smoking the devil’s lettuce.”

“Somebody at the White House has been smoking the devil’s lettuce.”

Speaking of which, a key issue on November’s ballot in Missouri is Amendment 3, which would legalize recreational marijuana in the state. I have to admit – I’m a bit torn on this one. While I generally favor legalizing pot – not for my own personal consumption but on principle and as a policy – I am very leery of addressing the issue via constitutional amendment, rather than legislation – or even statutory referendum. Particularly given that the amendment in question is 39 pages long.

I might be naively old school, but I maintain that the constitution (state and/or federal) should be reserved for the barebones framework – a clear, concise statement of government’s limited powers and enshrinement of our rights as citizens. Thus, amendments should be more like 39 words, not pages.

What would the passage of Amendment 3 mean for the State of Missouri? The devil, as they say, is in the details.

Note: This “Moore to the Point” commentary aired on NewsTalkSTL on Wednesday, September 21st. Audio included below.

We’re about seven weeks away from the midterm elections and naturally, that has most of our attention – will the Republicans take back the US House? Can they possibly take the Senate as well? Will their doing so result in an appreciable difference in our economy and the overall well-being of our country in the near term?

But 2024 looms – and there is already a great deal of speculation as to who the presidential contenders will be. Two of the obvious frontrunners are current governors – from opposite ends of the US. And two more contrasting leadership styles would be hard to find. From uber progressive California, you have Gavin Newsom (affectionately known as “Governor Hair Gel”). From the free state of Florida, you have Ron DeSantis who, in response to Newsom’s ridiculous call on the DOJ to investigate DeSantis for “kidnapping” migrants voluntarily transported to tony Martha’s Vineyard, opined that “I think his hair gel is interfering with his brain function.”

Newsom attempted a clever retort, challenging DeSantis to a debate, noting, “I’ll bring my hair gel. You bring your hairspray.”

Sick burn aside, it’s clear Gavin believes that tugging Ron’s pigtails will elevate Gavin’s profile – which speaks volumes about which of the two stands head and shoulders above the other.

Note: This “Moore to the Point” commentary aired on NewsTalkSTL on Monday, September 19th. Audio included below.

It’s easy to get discouraged by all the negative news we’re bombarded with on a regular basis. As someone who basically swims in it, I can definitely attest to that. Though I’m an optimist by nature, the cynicism if not outright pessimism are constantly trying to crash that party.

I don’t mean to harp on it, but these days, too much of that perspective is shaped by what we see, read, and hear online. I’m not advocating tuning it all out – that would, of course, not be in my best interest career-wise, and also render us blind to some tough realities.

What I am advocating is not letting that be the sole – or even primary – source of data we intake. I was lucky enough this past weekend to get to take in both a Cardinals baseball game and a MIZZOU football game, as well as spend time with family and beloved friends. And one thing that being out in the warm sun and fresh air and among the cheering and lively crowds reinforced to me was this:

Despite all the things that aren’t right in this world, a lot of things still are. America’s greatest asset is its people, the vast majority of whom love this country and the freedoms it affords us. That’s a perspective worth holding onto. 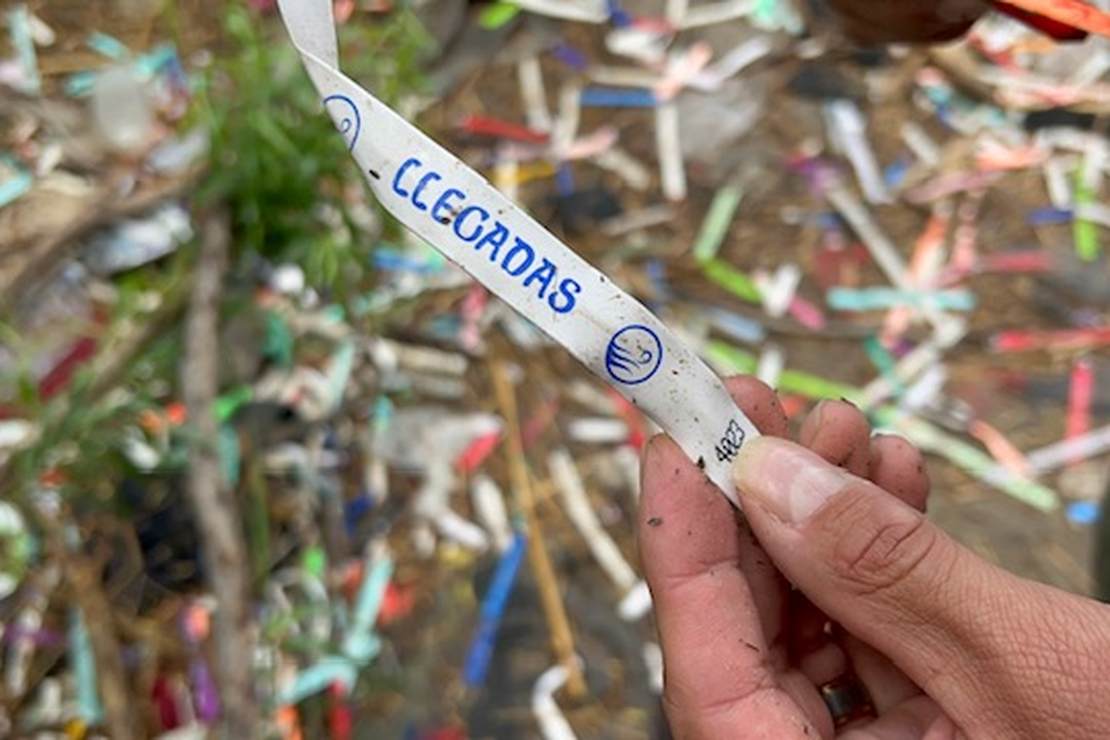 Note: This “Moore to the Point” commentary aired on NewsTalkSTL on Friday, September 16th. Audio included below.

I think I was in grade school or maybe junior high when I first heard the term “NIMBY.” Not to be confused with its crotchety Uncle “Get off My Lawn,” NIMBY, of course, stands for “Not in my backyard,” and originally referred to a person or group of people vehemently opposing a course of action or project in their neighborhood because they believe it is hazardous or undesirable. Nuclear power plant? Landfill? Halfway house? Not in my backyard!

Its application to the recent reaction by Democrat mayors and governors to buses of illegal immigrants being dropped off in their proudly-designated sanctuary cities is inescapable. Progressive leaders are all for open border policies when they result in an influx of migrants…to other cities and states.

Yet, when they land on their doorstep, it’s time to call out the National Guard and accuse the Republican governors sending them of playing politics.

Why is it grand to have thousands of migrants flooding into border states like Texas and Arizona – yet cause for handwringing to have dozens arriving in jurisdictions that tout their sanctuary status as a strong selling point and sign of their virtue?

Seems to me like maybe it’s those crying the loudest about playing politics who are doing that very thing.

A libertarian group filed a lawsuit on Tuesday challenging the legality of the Biden administration’s federal student loan forgiveness plan. The group … END_OF_DOCUMENT_TOKEN_TO_BE_REPLACED

When we last left Congressional representative Katie Porter (D-CA), RedState revealed that she benefited from lower-cost housing in the high-rent … END_OF_DOCUMENT_TOKEN_TO_BE_REPLACED

With a tempest bearing down on Florida Politico tries a pre-emptive hit on Governor DeSantis and drowns in failure. The press sometimes just cannot … END_OF_DOCUMENT_TOKEN_TO_BE_REPLACED

While normal people are watching the approach of Hurricane Ian towards Florida with dread, the national press seems downright excited that they might … END_OF_DOCUMENT_TOKEN_TO_BE_REPLACED

New York City has historically been the American city with the most gun control. Not only does state law hold there, but the city has its own brand of … END_OF_DOCUMENT_TOKEN_TO_BE_REPLACED

NASA successfully crashed a spacecraft into an asteroid Monday, in a demonstration of “the world’s … END_OF_DOCUMENT_TOKEN_TO_BE_REPLACED

Among the many anti-gun bills recently signed by California Gov. Gavin Newsom was a measure aimed at … END_OF_DOCUMENT_TOKEN_TO_BE_REPLACED

President Biden continues to look weak in front of world leaders. This is not only a bad look for … END_OF_DOCUMENT_TOKEN_TO_BE_REPLACED

In a court filing on Tuesday morning, the Pacific Legal Group filed the first lawsuit against the … END_OF_DOCUMENT_TOKEN_TO_BE_REPLACED