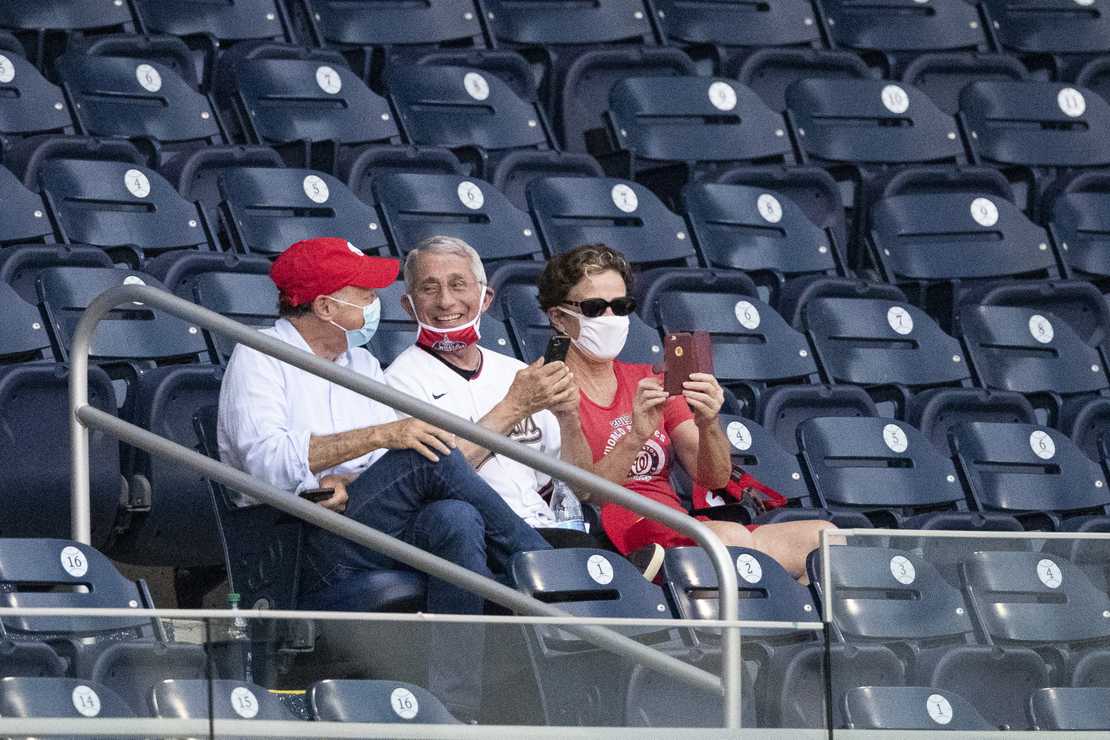 Chief Medical Advisor to the President and top COVID doc Anthony Fauci mercifully announced in August that he was stepping down from his post in December—conveniently just before the Republicans take the majority in the House. (The midterms had not yet occurred when he shared his plans, but he clearly could see the writing on the wall. And Sen. Rand Paul in his nightmares.)

His final press conference went swimmingly, as White House Press Secretary Karine Jean-Pierre got into a shouting match with reporters who dared to actually try to question the good doctor about the origins of COVID. He just watched with a slight smirk on his face, and of course, did not answer the questions.

He did, however, take one last opportunity to try to harangue Americans into getting yet just one more of his endless, ineffective mRNA boosters and to shame them into getting tested before Turkey Day. Because that’s what the holiday is all about—shunning unclean family members!

Dr. Fauci says you should get a covid test before you have Thanksgiving dinner with your family. I don’t think I’ve ever hated anyone more in American politics than Fauci. Not even a close second, honestly. pic.twitter.com/XaUU5llTrN

At least he didn’t try to humiliate you for the climate impact of your holiday meal, though, as the Washington Post did.

His huckstering continues to fall on deaf ears, however, as only 13 percent of Americans have opted to get the new bivalent booster. Why would that be? The answer is clear: after two years of constantly contradictory information, draconian “guidance,” and false narratives—people simply no longer trust Dr. Anthony Stephen Fauci.

As streiff reported, the Fauch will soon sit down in front of Missouri Attorney General Eric Schmitt and Louisiana Attorney General Jeff Landry in a case where he and the Biden administration are charged with coordinating with social media companies to suppress discussion of COVID.

He’ll be OK, though, seeing that somehow he’s $5 million richer than he was before the pandemic started.

We can’t just let Dr. Doom leave office though without a Fauci Roundup, a compilation of some of his wildly conflicting claims and outright inaccuracies. Here’s a brutal video featured on the Charlie Kirk show depicting Phony Tony waxing endlessly poetic about the vaccines  and their efficacy—until reality smacks him in the face:

As a bonus, here he is going back and forth like your grandfather’s clock about masks, which we all know signal your virtue but do next to nothing to prevent COVID. “Masks are useless, masks are essential, you must mask indoors, you don’t need to mask indoors…” He’s flip-flopping like a fish you just pulled onto your boat. It would be funny if it didn’t affect our lives so much. Must Watch TV:

Just a reminder how he spun it. Pass it on 😷 pic.twitter.com/Ha4Bs87aF4

While there’s a humorous aspect to watching someone completely contradict himself multiple times, running around like a chicken with its head cut off, the impacts of his decisions are not funny at all.

I watched my children suffer through extended lockdowns, I saw my business vaporized, I was robbed of seeing my son’s college graduation because… it simply didn’t occur. Fauci claims that he didn’t lock down anything, while in the next moment he claims he took “draconian” measures because, well, he could. It’s nothing more than the musings of a power-drunk dictator. Watch:

Fauci: “I didn’t shut anything down…”
Oh really? Roll tape!pic.twitter.com/73L2pDHJQ0

I won’t miss Fibbin’ Fauci, but I will long remember the consequences of his misinformation and disinformation, his authoritarian, holier-than-thou attitude, his vaccine/booster obsession despite The Science™ not backing up his views, his boundless longing for publicity and power. He has not served our country well. And while you’d think I wouldn’t want to see him again, I actually do.

I very much hope to see him in the New Year—in front of a Senate Committee that will hold him accountable for his abuses.

Fauci’s resignation will not prevent a full-throated investigation into the origins of the pandemic. He will be asked to testify under oath regarding any discussions he participated in concerning the lab leak.

President Joe Biden’s border agency has sent a small number of rescued Cuban migrants into a holding center at a U.S. base in Guantanamo Bay, Cuba, … END_OF_DOCUMENT_TOKEN_TO_BE_REPLACED

The White House reacted to news of widespread protests of coronavirus lockdowns in China, issuing a … END_OF_DOCUMENT_TOKEN_TO_BE_REPLACED

A glowing Washington Post review of “Downstate,” a play which attempts to sympathize with rapists … END_OF_DOCUMENT_TOKEN_TO_BE_REPLACED