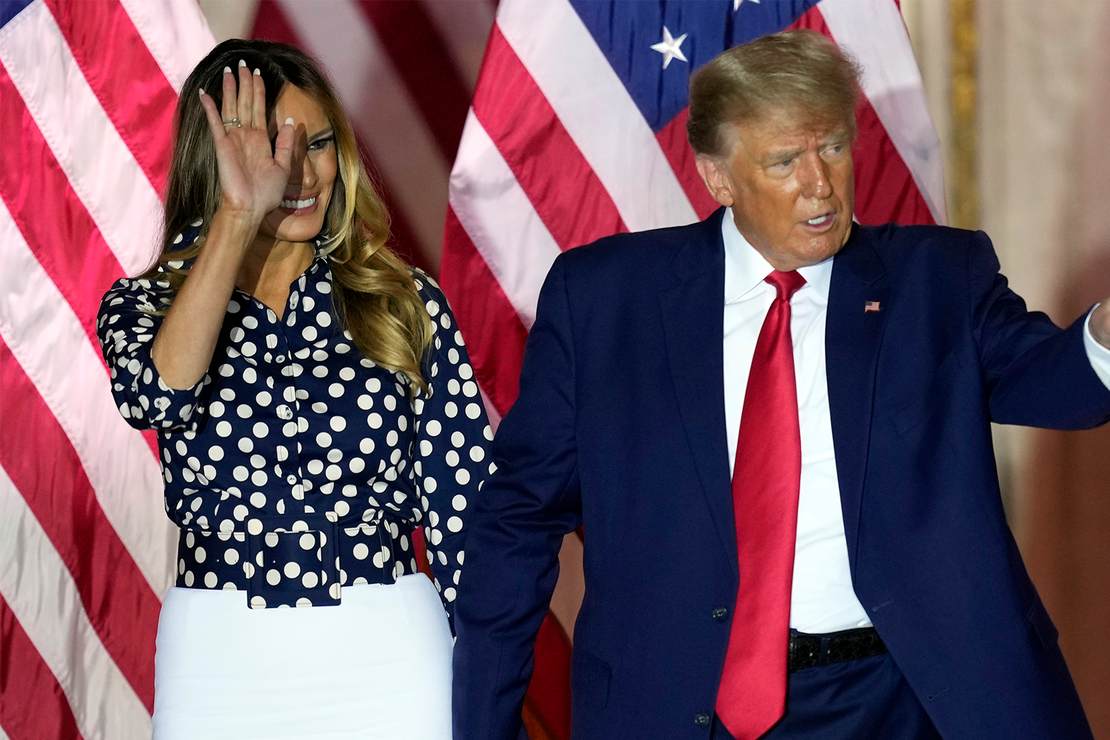 I have to confess I couldn’t believe the infighting that hit right after the election was over on November 8. If there’s one thing that the Republicans have to do it is get on the same page that the priority is defeating the Democrats, not ripping each other apart.

Don’t get me wrong, I think it’s important to figure out where there were mistakes. Perhaps one of the biggest problems was the money wasn’t there and that there needed to be full-on support for all the candidates in the races.

Republican senate candidates in every swing state were heavily outspent (not including PAC money).

We also see the problem of it taking days to count the races and the issues with ballot harvesting, as my colleague Jennifer Van Laar explained.

But the moment after the election was done, it seemed like some went immediately into a “blame Trump” mode as though they flipped on a dime and then into a “let’s move him aside for DeSantis” mode. The people will ultimately make that decision as to who they want. But that infighting aided Joe Biden in pushing the fiction that the Democrats won the election and it gave Senate Majority Leader Chuck Schumer ideas that he could push a further wedge between Republicans, saying he wanted to sit down with Senate Minority Leader Mitch McConnell to fight against the MAGA Republicans. If you’re feeding that, you’re not helping Republicans stand against the Democrats.

Now certainly there are folks on the right who independently think Trump’s time has passed, who think maybe the time has come to move on to someone else who doesn’t have the same baggage.

But my colleague Bob Hoge wrote a piece on Tuesday (before Trump’s announcement that he would be running in 2024), highlighting something that might explain another part of that “dump Trump” move: the powerful Murdoch family has pulled support from Donald Trump and Lachlan Murdoch is supportive of Florida Gov. Ron DeSantis. Supposedly Rupert Murdoch floated the idea of promoting a Democrat if it was a Democrat vs. Trump.

When Trump made his announcement, he hit on a lot of the positive things he did during his term contrasting it to the horror show that we have now under Joe Biden. We had a great economy under Trump (before the pandemic), we had the border under control, and we had energy independence. Those weren’t just slogans to parrot for the election. That was the reality and that was due to good policies, contrary to what the Democrats/Biden then put in place. Trump not only did that, but he did it under constant attack from the Democrats doing everything they could to undermine and investigate him. In the case of his persistence at the border, it would be hard to imagine anyone else who would have stuck to the task and struck a deal with Mexico which made the country essentially a “wall” by doing better interdiction at their border with Guatemala.

We had a couple of different reactions to the announcement on our site from my colleagues Jeff Charles and Bob Hoge. My colleague Sister Toldjah also just wrote a piece on how the media needs Trump as a foil to sustain themselves.

But what was the Murdoch reaction to the Trump announcement? Looks like we’re seeing what Bob Hoge reported on, playing out.

The Murdochs control Fox News as well as News Corp which owns the NY Post.

Is #Fox leaning hard toward #DeSantis? Note Ron’s GOP Govs Assn speech at the top, then scroll down for #Trump actually entering the race. pic.twitter.com/SyyLWrLNML

This is a little more than a “lean”. pic.twitter.com/o6Xz3AxF0d

Here’s the NY Post, which not only called Trump “Florida man” on its cover and dropped the headline to the bottom of the page, but they also did a passive-aggressive hit job on him in the enclosed story on Page 7.

The Post’s position is clear (see the footer at the bottom): pic.twitter.com/w7vMFYncji

Holy mother of God, the *actual Post* story is brutal. It has to be seen in the context of the paper to be properly appreciated as the “whatever, boring” NYC brushoff it is. “Post Staff Report” as a byline is the touch designed to personally enrage Trump. pic.twitter.com/EjTnaiuOfT

What’s the point of that? If you don’t want to support him, don’t support him, support DeSantis. But this is just more crossfire to harm the effort against the Democrats.

Now, it should be noted that some of the Fox opinion folks are still very much (at least at this point) in the camp of Trump.

But here’s the thing. If you want to support DeSantis, or you want to support Trump, go for it. But we should know about what’s going on here — the media game and the manipulation. Follow the money. How about being honest about the positives and negatives of both men, or whoever else might throw their hat into the ring in 2024? How about recognizing that either person is lightyears better than any Democrat, particularly Joe Biden or Kamala Harris, and that should always be our primary fight? And how about concentrating on winning Georgia now?

Florida woman Amanda Ramirez is suing Kraft Heinz Foods Company after her cup of microwavable macaroni and cheese took longer than 3.5 minutes to be … END_OF_DOCUMENT_TOKEN_TO_BE_REPLACED

China has been locking its citizens down for over two years under its zero-COVID policy, and it's becoming more and more clear that this isn’t just … END_OF_DOCUMENT_TOKEN_TO_BE_REPLACED

Famed comedian Jay Leno has struck again, but this time, no one's laughing. At least not heartily.As he has regularly for the last three decades or … END_OF_DOCUMENT_TOKEN_TO_BE_REPLACED

A recent report by CriticalRace.org found that 58 of the top 100 medical schools in the United … END_OF_DOCUMENT_TOKEN_TO_BE_REPLACED

Shelby County is a speck of blue in ruby-red Tennessee; one of just four counties to vote for … END_OF_DOCUMENT_TOKEN_TO_BE_REPLACED

Who knew that the free press was so anti-free speech? I mean, I guess we all did to some extent, but … END_OF_DOCUMENT_TOKEN_TO_BE_REPLACED