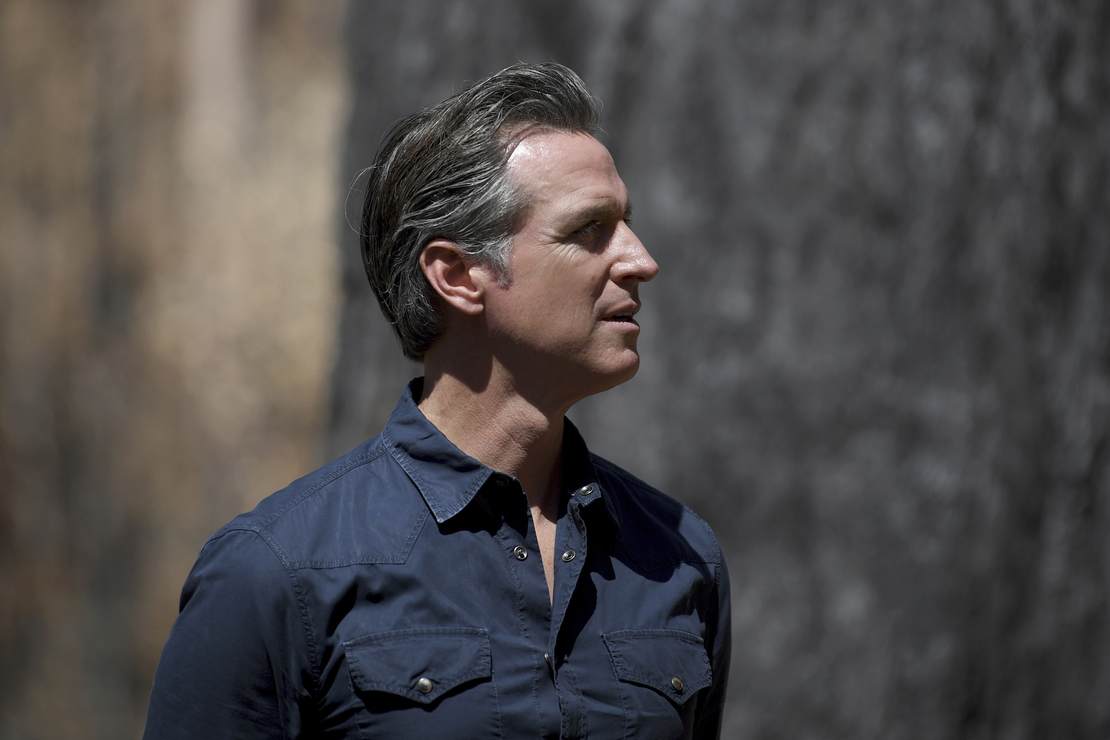 California Governor Gavin Newsom insists he will not run for President in 2024. That’s hard to believe after his ads and billboards in red states, as well as his “feud” with Florida Governor Ron DeSantis. This is not the first time Newsom has said something or promised something and broken it, just like his promise to end homelessness in 10 years … which he promised in 2008. Homelessness has only worsened in California under Newsom’s watch.

On Saturday, during an interview at the Texas Tribune Festival in Austin, Newsom was asked whether he is considering running for President in 2024. He claimed:

“Not happening, no, no, not at all. I’ve said it in French, Italian. I don’t know German. I mean, I cannot say it enough. But thank you. It’s humbling. It is sweet. It’s a nice thing to be asked. I mean it, and I never trust politicians, so I get why you keep asking.”

As they say, it takes one to know one: He never trusts politicians, yet he’s been in California politics since 2004. He has constantly denied that he will run in 2024, but that doesn’t mean much after all his broken promises as San Fransico Mayor and California Governor. Also, it is worth noting that candidates usually don’t announce a run for President until after the midterm election.

“California, I mean, what a gift. Forty million Americans strong. We talk about laboratories of democracy, and we’re able to scale ideas that have impact all across this country and around the world. I’m very proud of that privilege, and I don’t take it for granted one day.”

Newsom is up for re-election, facing off against State Senator Brian Dahle (R-CA). Newsom is expected to defeat his challenger unless Dahle makes considerable strides in Southern California before the midterm election.

“I was almost recalled last year. They went after me hard. That’s sobering, and that wakes you up. How vulnerable, how fast this is, how people come and go, and you know, people cut you off.”

Newsom claims the recall effort was a “sobering” moment, yet California, under his watch, has continued to decline. California Assemblyman Kevin Kiley (R-CA), one of the biggest proponents of the Newsom recall, was the right choice at the time, and the recall could have been successful, but Democrats controlled the narrative, focusing on COVID, Trump, and Larry Elder. Of course, it helped that they outnumber conservatives nearly three-to-one in California. Kiley is currently running for Congress in California’s third district, and it seems like a seat Republicans could flip in November.

If you ever wondered what a Newsom presidency would look like, look no further than this created by Kevin Dalton: 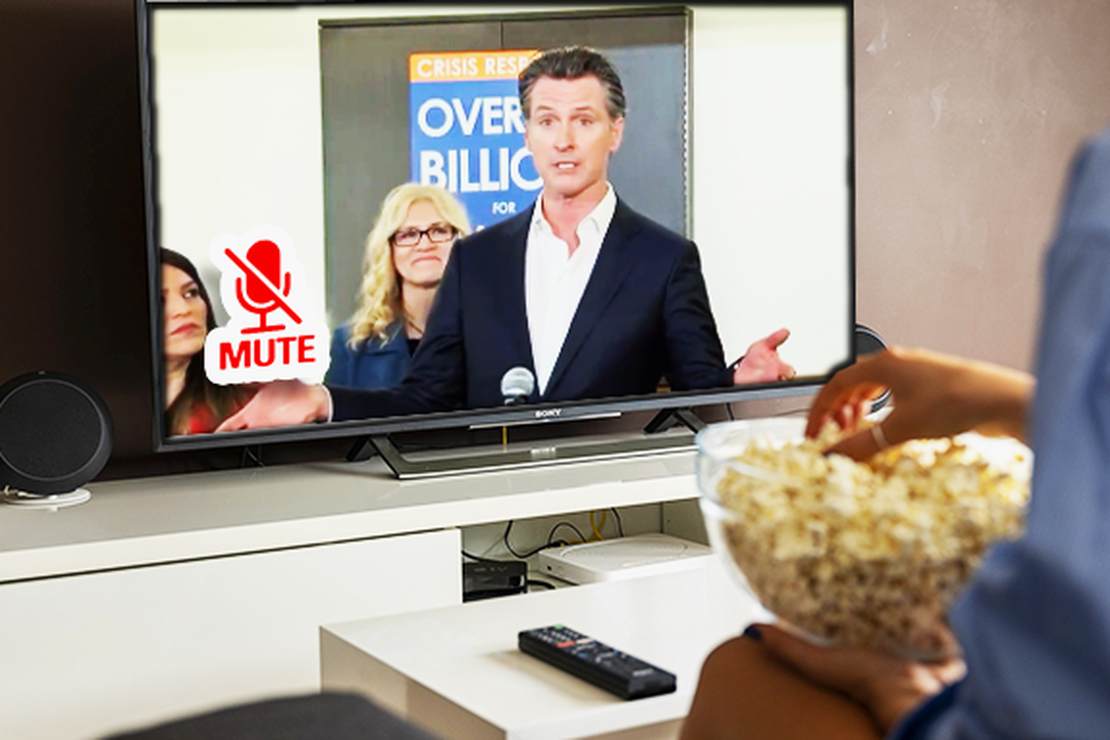 As we have reported numerous times here on RedState, Gavin Newsom is gearing up for a Presidential run. Whether that’s in 2024 or 2028, the Governor of California, who has been in state politics for over 18 years, and has driven people out of his state in droves, is likely to run for President.

The conservatives in California will continue to speak out about Newsom’s failures and failed policies. Recently, these failures have gained national attention as Fox News has been exposing Newsom’s record.

As my colleague Sister Toldjah reported, the stage is being set for a Newsom and Kamala Harris battle. As CA Assemblyman Kevin Kiley once said, “Kamala Harris has a 28 percent approval rating. This is what happens when California politics goes national.” He’s right.

Kamala Harris has a 28 percent approval rating. This is what happens when California politics goes national.

The Governor race might not be a close one, but there are several races that will be close, including the Attorney General race; as RedState’s Jennifer Van Laar noted on Monday, Nathan Hochman will hold soft-on-crime DAs accountable. Hochman could beat Bonta because many residents feel unsafe in California. There are also several competitive congressional races, and Lance Christensen has a strong chance to defeat teachers’ union-backed superintendent of public instruction Tony Thurmond.

It truly is a shame how California went from having a Governor like the late-great Ronald Reagen to now having a corrupt career politician like Newsom.

However, as we are seeing, Democrats in other states, but even federally, such as Secretary of Energy Jennifer Granholm, are embracing Newsom’s policies. The saying, “As California goes, so goes the nation” rings true to this day, and that is why it’s important to speak out about the failures of Newsom when it comes to homelessness (inaction, allowing the situation to worsen, providing no aid to missions or hiring mental health workers), crime (appointed soft-on-crime Attorney General Rob Bonta, endorsing Los Angeles District Attorney George Gascon, etc), open-air drug markets, school closures, children falling behind in school, small businesses being shut down permanently due to lockdowns, and so much more harm.

The candidate from that list that has the worst record and would be easy to expose is Newsom. The GOP should welcome him to be the Democrat nominee, especially against Florida Governor Ron DeSantis.

Gavin Newsom was bad for San Francisco, he is bad for California, and he will be bad for the United States of America.

To this point, the US Senate race in Pennsylvania has taken top billing in election-related discussions. Republican Mehmet Oz had closed the gap with … END_OF_DOCUMENT_TOKEN_TO_BE_REPLACED

Given the current political realities in the United States and Canada, this report should surprise no sane person paying a modicum of attention to the … END_OF_DOCUMENT_TOKEN_TO_BE_REPLACED

Tiffany Smiley is running for Patty Murray’s Senate seat in the state of Washington. The polls have tightened with Smiley within striking distance, … END_OF_DOCUMENT_TOKEN_TO_BE_REPLACED

The race for the U.S. Senate seat in Pennsylvania is closer than most folks expected when Dr. Mehmet Oz scraped through a bruising and bitter primary … END_OF_DOCUMENT_TOKEN_TO_BE_REPLACED

It’s one thing to make adjustments for trans athletes, then there’s altering common sense on their … END_OF_DOCUMENT_TOKEN_TO_BE_REPLACED

I’ve said it before and I’ll say it again: Kari Lake is really, really good at this. The Republican … END_OF_DOCUMENT_TOKEN_TO_BE_REPLACED

Who knew? It appears that all is not well in the LGBT community. Despite the efforts of the Democrat … END_OF_DOCUMENT_TOKEN_TO_BE_REPLACED

A Texas judge can continue opening his court proceedings ceremony with a prayer, a divided U.S. … END_OF_DOCUMENT_TOKEN_TO_BE_REPLACED

“Saturday Night Live” has struggled to be humorous over the past few years as they, like the other … END_OF_DOCUMENT_TOKEN_TO_BE_REPLACED