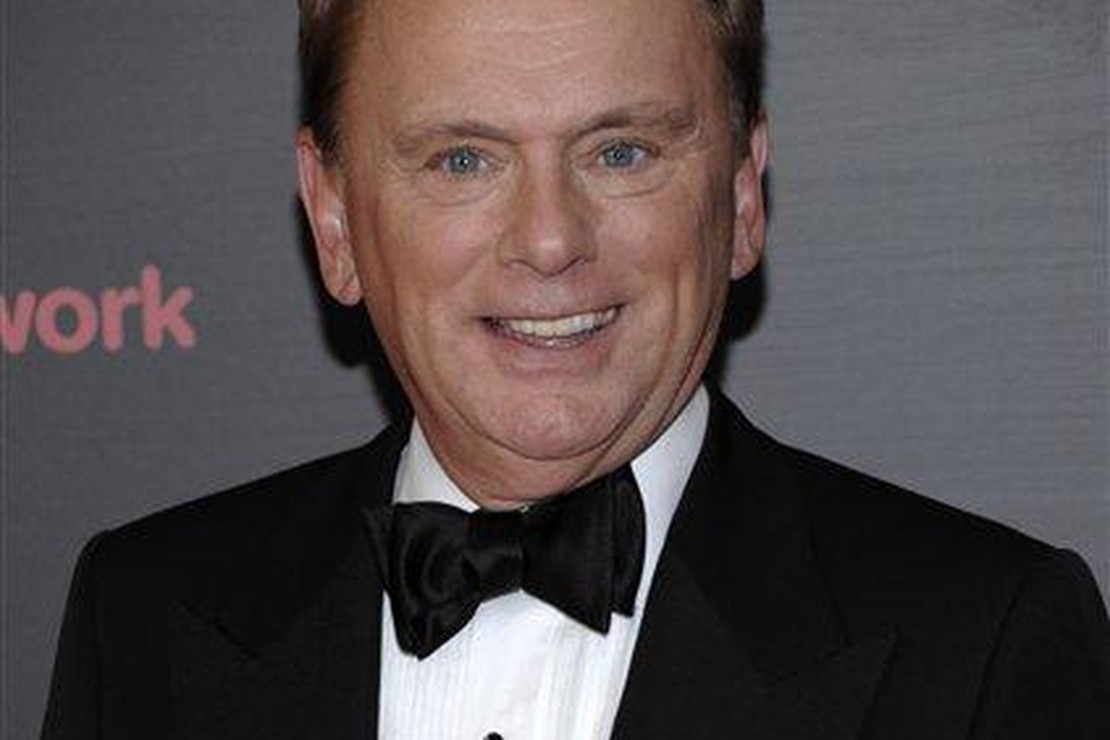 It’s not exactly a secret that Pat Sajak is a Republican. His popular show, Wheel of Fortune, has run for decades. So I think it’s also safe to say that at this point, although he doesn’t talk politics, he likely knows his job is pretty safe no matter what he does since his show is such an institution. He’s the Chairman of the Board of Hillsdale College, if that’s any clue. As we’ve reported, he also frequently posts humorous tweets that tend to puncture pomposity.

But Sajak sent the left into apoplectic fits over who he was willing to pose with for a picture — Rep. Marjorie Taylor Greene (R-GA). Greene is not just a Republican, but one who is unabashedly MAGA and willing to take on the left. Right Side Broadcasting reporter Bryan Glenn was also in the picture. It’s not clear when or where the picture was taken.

Pat Sajak takes a cheery photo with Rep. Marjorie Taylor Greene … leaving many shocked that he might, perhaps, embrace this brand of conservativism. https://t.co/b028RVs2yj

“The company you keep is quite unfortunate. Will be changing the channel when you spin the wheel,” this woman wrote.

“I can never look at Pat Sajak the same again!! He is a traitor to our democracy. No more Wheel of Fortune for me!! Sorry, but I have principles. And, being against the fascist Republican regime in this country is uppermost of those principles,” another tweeted.

I’d like to solve the puzzle, Pat Sajak. pic.twitter.com/rP0lPmlBfi

This is the left, in all their intolerance, once again. Sajak isn’t even allowed to be in a picture with her or he is a “traitor” or posing with “Nazis.” So he must be canceled. And I’m thinking that Sajak likely doesn’t give a darn about the opinion of any of these people who likely don’t even watch his show anyway. But the left wants to cancel anyone who might be on the right.

It’s just crazy that they think they can shut down anyone who doesn’t row in accord with the Democratic narrative. But they picked the wrong person to target in going after Sajak because it’s obvious that he doesn’t care about them throwing fits.

People on the right, including Glenn and Greene, had a little fun with the picture and the liberal meltdown over it.

“And I didn’t even have to buy a vowel,” Glenn wrote.

“There is nothing more pathetic and hypocritical than the Left’s whiny cancel culture. I’d like to solve the puzzle please. M-A-K-E A-M-E-R-I-C-A G-R-E-A-T A-G-A-I-N,” Greene tweeted.

Now that’s the perfect response to the liberal mania.

A libertarian group filed a lawsuit on Tuesday challenging the legality of the Biden administration’s federal student loan forgiveness plan. The group … END_OF_DOCUMENT_TOKEN_TO_BE_REPLACED

When we last left Congressional representative Katie Porter (D-CA), RedState revealed that she benefited from lower-cost housing in the high-rent … END_OF_DOCUMENT_TOKEN_TO_BE_REPLACED

With a tempest bearing down on Florida Politico tries a pre-emptive hit on Governor DeSantis and drowns in failure. The press sometimes just cannot … END_OF_DOCUMENT_TOKEN_TO_BE_REPLACED

While normal people are watching the approach of Hurricane Ian towards Florida with dread, the national press seems downright excited that they might … END_OF_DOCUMENT_TOKEN_TO_BE_REPLACED

New York City has historically been the American city with the most gun control. Not only does state law hold there, but the city has its own brand of … END_OF_DOCUMENT_TOKEN_TO_BE_REPLACED

NASA successfully crashed a spacecraft into an asteroid Monday, in a demonstration of “the world’s … END_OF_DOCUMENT_TOKEN_TO_BE_REPLACED

Among the many anti-gun bills recently signed by California Gov. Gavin Newsom was a measure aimed at … END_OF_DOCUMENT_TOKEN_TO_BE_REPLACED

President Biden continues to look weak in front of world leaders. This is not only a bad look for … END_OF_DOCUMENT_TOKEN_TO_BE_REPLACED

In a court filing on Tuesday morning, the Pacific Legal Group filed the first lawsuit against the … END_OF_DOCUMENT_TOKEN_TO_BE_REPLACED