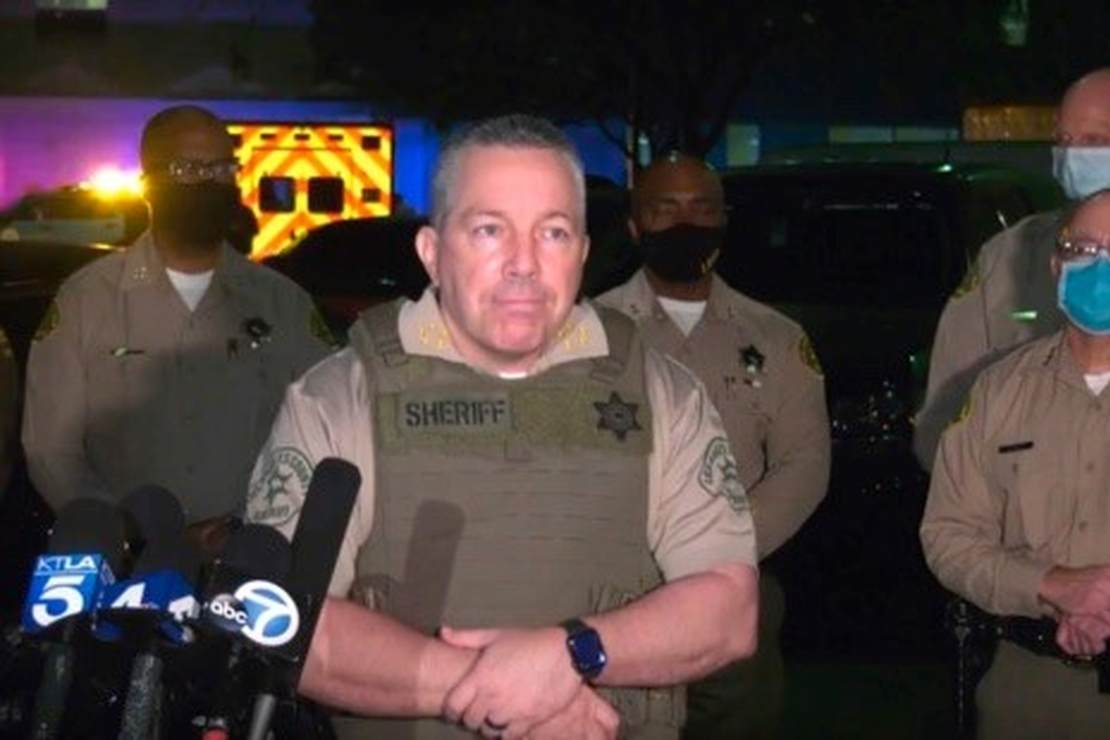 A new Civilian Oversight Commission, aimed at boosting transparency and increasing trust between communities and the Los Angeles County Sheriff’s Department, was established today by the Board of Supervisors.

The Board also appointed nine commissioners to serve on the panel and approved hiring an executive director, attorney Brian Williams. Supervisor Mark Ridley-Thomas and Supervisor Hilda L. Solis authored the December, 2014 motion that started the process that led to the commission’s creation.

Supervisor Sheila Kuehl praised the incoming members of the panel. “Every one of the Commissioners we are appointing today has a history of interest in, and understanding of, communities and community service,” she said. “They have shown they are dedicated to objectivity and impartiality in decision making, and have demonstrated, each in their own sphere, an ability to evaluate the facts and make recommendations for change. The process for getting here has taken time, but we had to do this right, as a lot of hopes and expectations ride on their shoulders.”

One of the people appointed was Patti Giggans, Executive Director of Peace Over Violence (POV), a nonprofit that advocates for victims of sexual abuse and harassment and delivers intervention, education and emergency services. Giggans is also a personal friend of Kuehl, because in Los Angeles, this is how you do.

Another appointee endorsed by all the Board of Supervisors was Sean Kennedy, Executive Director of Center for Juvenile Law & Policy at Loyola Law School and a former federal public defender.

The Commission soon became the puppet of the L.A. County BOS (quelle surprise), particularly after Sheriff Alex Villanueva was elected to office in 2018. In 2021, the Commission greenlit a report on “deputy gangs” in the Los Angeles County Sheriff’s Department. These gangs had been active for many years, and Sheriff Villanueva was turning a blind eye, and even using these gangs to do his personal bidding.

A new report has found that the Los Angeles County Sheriff’s Department has multiple deputy gangs in which members are encouraged to engage in violent behavior and misconduct.

The report, conducted by researchers at Loyola Marymount University’s School of Law, profiled 18 secret subgroups which “foster a culture of violence and escalate uses of force against community members.”

Several of groups were described as gangs in which members have a common tattoo and perform rituals which “create a culture of celebrating the use of lethal force in the line of duty.”

The report, published Tuesday by the school’s Center For Juvenile Law & Policy, was based on internal affairs interviews of deputies, internal memos and other sources.

The Commission’s Chair Sean Kennedy is the director of Loyola Law’s Juvenile Law & Policy. So, Kennedy essentially spearheaded this “research.”

Conflict of interest, much?

From that report, the Commission decided in March to mount an investigation into these deputy gangs, as CNN reported.

The investigation, which will be conducted by pro bono attorneys and is expected to last up to six months, will look into the “continued existence and impact of deputy gangs and evaluate what is needed to eradicate them,” the Commission said.

As RedState reported, the Sheriff’s Department obtained a series of warrants in its investigation, which resulted in the raids on Giggans’ home and business, as well as Kuehl’s home.

Kuehl and Giggans immediately cried political retaliation. Perhaps they should look in the mirror once in a while.

In an impromptu interview with Fox11 Los Angeles about an hour later, Kuehl quickly cast the incident as a “bogus search” spurred by an “obsessed” former LA Metro employee that LA County Sheriff Alex Villanueva simply went along with. However, it was soon reported that the warrant related to “an ongoing public corruption investigation” and was executed by LASD and federal agents, and that warrants were concurrently served at the home of LA County Civilian Oversight Commissioner and Friend-of-Kuehl Patricia Giggans, the LA County Hall of Administration, the headquarters of Giggans’ non-profit, Peace Over Violence, and LA Metro Headquarters.

Obviously, this Commission has some serious problems, as does the L.A. County BOS. But the people of Los Angeles have known this for quite some time. The rot started long before Kuehl was elected.

Former L.A. County Board of Supervisors for District 2 Mark Ridley-Thomas is currently under investigation for getting a sweetheart deal for his son in the formerly prestigious University of Southern California’s Masters of Social Work program. This is the same program to which Congresswoman and L.A. Mayor candidate Karen Bass received a full scholarship. The program’s former dean, Marilyn Flynn, has fallen on her sword and pleaded guilty to bribery charges in the Ridley-Thomas affair. Who knows whether this will weigh in favor or against Ridley-Thomas’ case?

Sheila Kuehl is in a world of hurt. Oh, she’s doing her best to dismiss the allegations and the coverage as her being targeted, and “MAGA media” making it a bigger deal than it should be.

Suffice it to say all eyes should be on this Metro mess, especially since California’s “Affirmative Action” Attorney General Rob Bonta snatched the investigation from Sheriff Villaneuva’s grasp.

Wonder what that’s about? Inquiring minds want to know.

But back to the “deputy gangs” investigation. According to a Spectrum News reporter, at a Friday hearing surrounding the deputy gangs, Chair Sean Kennedy made sure to voice his support for all the trials and tribulations that Patti Giggans is going through, telling her that,

“You have 100 percent of our support as you battle this outrageous example of abuse of power.”

NEW: the Civilian Oversight Commission’s investigative hearing on deputy gangs in the Los Angeles Sheriff’s Dept begins with Chair Sean Kennedy voicing his support for Patti Giggans.
“You have 100 percent of our support as you battle this outrageous example of abuse of power.” pic.twitter.com/8MRYPCo72a

Circling the wagons. This is how Los Angeles County rolls.

As we reported, a search warrant was executed at the home of longtime Los Angeles politician and former child actor Sheila Kuehl (D-Santa Monica) around 7 AM local time Wednesday morning.

In an impromptu interview with Fox11 Los Angeles about an hour later, Kuehl quickly cast the incident as a “bogus search” spurred by an “obsessed” former LA Metro employee that LA County Sheriff Alex Villanueva simply went along with. However, it was soon reported that the warrant related to “an ongoing public corruption investigation” and was executed by LASD and federal agents, and that warrants were concurrently served at the home of LA County Civilian Oversight Commissioner and Friend-of-Kuehl Patricia Giggans, the LA County Hall of Administration, the headquarters of Giggans’ non-profit, Peace Over Violence, and LA Metro Headquarters.

Kuehl also told Fox 11 that she’d been informed of the upcoming search the night before by “county counsel,” who’d been tipped off by LA County Inspector General Max Huntsman – and now Sheriff Villanueva has asked California Attorney General Rob Bonta to open an investigation into that tip-off. From Fox News’s Bill Melugin:

Some interesting revelations can be found in the letter:

“The investigation had been shared with other agencies and a special master was appointed.

It’s apparent that Kuehl spent Tuesday night creating and disseminating her talking points, including attempts to deflect attention to Villanueva and to the judge who signed the warrant. In a laughable piece of propaganda labeled as an op-ed headlined “Is sheriff search of Supervisor Sheila Kuehl’s home just a vindictive political stunt?” the LA Times quickly got to work propagating the preferred narrative, which was also tweeted by their reporter on the scene, Alene Tchekmedyian, in record time Wednesday morning.

The public corruption investigation, as discussed in our prior coverage, began after a September 2020 investigative report by Fox’s Bill Melugin about a lucrative no-bid contract to operate a sexual harassment hotline for LA Metro that was awarded to Peace Over Violence, a non-profit whose executive director, Patricia Giggans, is a very close friend of Kuehl’s, and for which Kuehl serves on the advisory board. Kuehl also appointed Giggans to the LA County Civilian Oversight Commission, and Giggans and other Peace Over Violence board members donated thousands of dollars to Kuehl’s campaigns.

Giggans told LA Times’ Tchekmedyian that officers had a warrant to look for “technology,” and it was reported that the organization’s server was seized during the search of POV’s headquarters. Giggans’s vehicle was also seized, leading Giggans to say, “Now I’m pissed.”

The search warrant and a detailed statement about the case investigators provided to the judge supporting the warrant were posted online by the LA Sheriff’s Department “in full transparency,” and it seems they believe that numerous bribery crimes were committed.

In an unusual move, LASD posted online the search warrant & detailed statement about the case investigators provided to the judge to get the warrant signed. In it, they claimed an array of bribery crimes may have been committed. Here’s the whole doc: https://t.co/mZfu5HUFSv pic.twitter.com/YBsWKc9k4s

In addition to an email from Kuehl’s Deputy for Special Projects asking Metro executives to create the headline and have Peace Over Violence run it. Local investigative journalist Cece Woods provided additional emails from Giggans, including an email to Kuehl’s deputy and an assistant to Mayor Eric Garcetti requesting their help in getting a bill paid, and a February 12, 2016 email in which Giggans forwards the email from Kuehl’s deputy to one of her employees, saying:

Here are ideas – from phone call with Metro & Madeline, who is with Sheila Kuehl’s office. We were told to be generous in our budgeting. They will pay us to do this. It’s an expansion.

The former Metro employee who was, according to Kuehl “sort of let go,” had filed complaints with her bosses over Peace Over Violence’s contract after examining the low call volume and calculating the cost per call handled by POV at over $8,000 and recommended that the contract be terminated. Jennifer Loew appeared in Melugin’s initial story describing her efforts to end the wasteful spending and revealed that POV’s contracts were all under $500,000, which allowed them to be approved only by Metro executives instead of having to go before the Metro board. In addition, Kuehl’s relationships with POV and Giggans weren’t disclosed.

Instead of being rewarded for looking out for the taxpayer:

Loew tells FOX 11 that when she started blowing the whistle on the hotline and other alleged misconduct at Metro, she was retaliated against, including a denied promotion, and the moving of her office from the executive floor down to the P1 basement level next to the parking garage and restrooms.

Late Wednesday afternoon Huntsman told the LA Times that he didn’t tip off Kuehl. But when he says “them,” does he mean Kuehl and Giggans, or is he denying that he told someone at County Counsel’s office? In addition, LA County DA George Gascon’s office claims the case was presented to them in September 2021, but they determined that the evidence didn’t prove guilt beyond a reasonable doubt and that LASD said they’d keep investigating. No one from LASD updated the DA’s office before Wednesday, they say. With federal investigators involved, Gascon’s services might not be needed anyway.

Expect a lot more grandstanding by Kuehl, Giggans, and Gascon over the next few days.

In a court filing on Tuesday morning, the Pacific Legal Group filed the first lawsuit against the Biden administration and its student loan … END_OF_DOCUMENT_TOKEN_TO_BE_REPLACED

In an update shared after Gays Against Groomers was permanently banned from using PayPal, the … END_OF_DOCUMENT_TOKEN_TO_BE_REPLACED

Apparently, Democrats have the power of gods and can halt major meteorological occurrences. Or, at … END_OF_DOCUMENT_TOKEN_TO_BE_REPLACED

President Joe Biden announced on August 24 that by executive action, he would wipe out a significant … END_OF_DOCUMENT_TOKEN_TO_BE_REPLACED

The new movie “Smile” is now out but while the movie is getting semi-decent reviews, the far more … END_OF_DOCUMENT_TOKEN_TO_BE_REPLACED

A would-be robber in Escambia County, Florida is behind bars and facing multiple charges after … END_OF_DOCUMENT_TOKEN_TO_BE_REPLACED