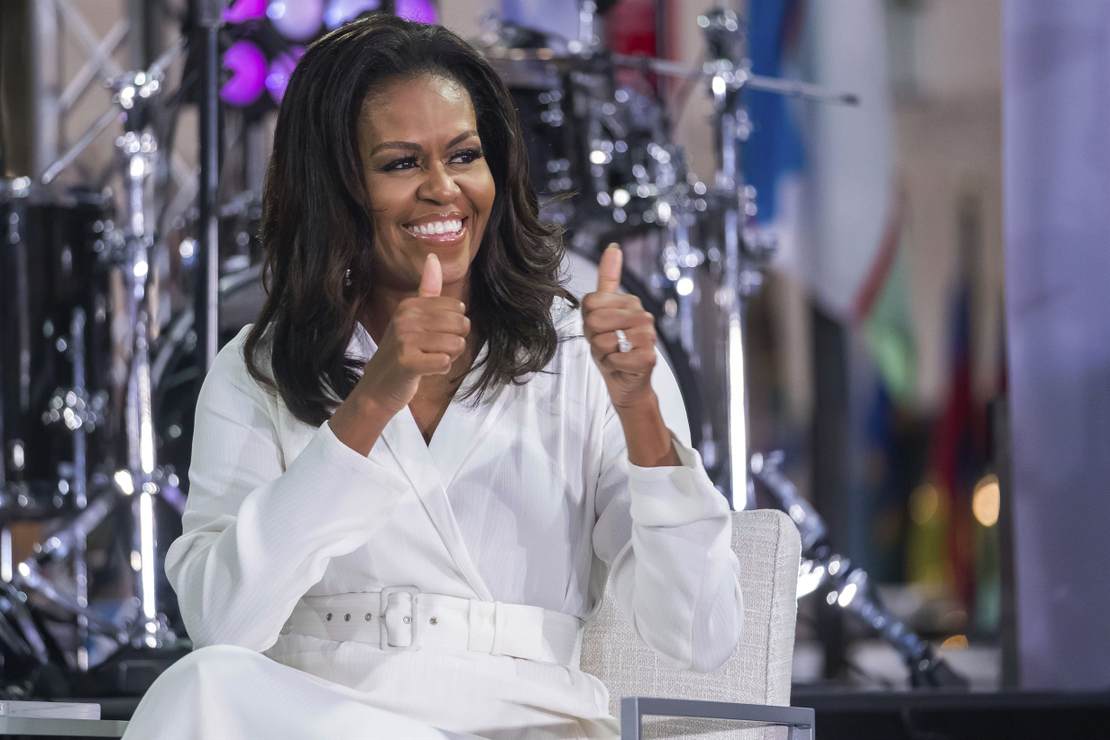 In this episode of Grab the Kleenex, Gang, This Is Gonna Be a Tearjerker…

Despite the combined net worth of Barack and Michelle Obama (estimates range from $70 million to more than $100 million) which includes a multimillion-dollar estate on liberal-enclave Martha’s Vineyard and a Hawaii beach house, the former First Lady, who remains the darling of the liberal talk show circuit, told People she struggles with “how I stay visible in a world that doesn’t necessarily see a tall black woman.”

“Yes, I struggle,” she said, with “managing self-doubt, fear, and these anxious times.” You already see where this is headed, right? And the “tall black woman thing,” which we’ll get to in a minute.

In her new book, titled  “The Light We Carry,” Michelle Obama tries to make the “raging COVID “crisis,” the George Floyd “racial injustice” protests (riots), and the January 6 “insurrection” at the U.S. Capitol pretty much about Michelle Obama and the effects of “all of the above” on her. In an interview with People published on Thursday, Obama said she found herself struggling with “a crushing sense of hopelessness.”

Really? Even now, she’s revisiting “all of the above” for political expediency and to hawk her latest book about… Michelle Obama.

We were all at home watching what felt like our country and our world unraveling. The death tolls mounting, violence, the insurrection, the healthcare system crushed, all of it. I was in a low place.

She “forgot” to mention who was responsible for the violence and mounting death toll, of course. The rest of the above consists of Democrat talking points and ignores Biden’s responsibility in the “unraveling world.”

Did you make it already through the video? Me, neither.

Anyway, in “The Light We Carry,” noted People, Obama wrote about her awkwardness at making new friends (“It’s hard to put yourself out there,” she told People), her personal experience with racism, parenting, marriage, and menopause.

Oddly, or perhaps as an acknowledgment of the myriad of critiques to come, Obama said she realizes she’s opening herself to “the judgment of strangers.” At one point in the book, she even talks about herself in the third person:

Yes, Michelle Obama struggles with fear. You’re putting your most vulnerable thoughts on paper and it’s about to go on bookshelves. My first reaction is, ‘Why did you do this? People are going to judge it. That’s the only way I know how to be… honest about myself first and trying to stay vulnerable. I think people learn not through edict, but through stories.

Uh-huh. How about being “honest” about the aforementioned “issues” and whose to blame?

Perhaps Obama could also be honest about the border crisis, energy crisis, Afghanistan debacle, intervening in yet another foreign war, inflation, and other reasons responsible for a strong majority of American voters’ belief that America is on the wrong track, and that Biden and radical Democrat policies are to blame.

Obama also wrote about her trials and tribulations in the grueling job [sarc] as First Lady:

And yes, it is hard for the first lady of the United States. I thought it would be fun for people to understand that even in that time when I was working on initiatives and helping my husband manage his crises, one of the big things I was trying to do was create a normal life for my girls.

Part of that normalcy was having other friends who were mothers in their community, and figuring out how to do that tentative dance when somebody can’t approach you because there are 12 Secret Service people around you, and just an aura of untouchability, so then it was up to me to extend that hand.

At one point in the book, while droning on and on about her personal appearance and how much she often hates to look in the bathroom mirror, Obama went off the rails about how hard it is for a “tall black woman” to in effect, navigate through life in America.

Over the 58 years that I’ve lived, I can look back and I can say, this is how I deal with fear. These are the things I say to myself when I need to pick myself up.

Translation: “Buy now!” Besides, I wasn’t aware that Michelle Obama ever had trouble ‘staying visible.”

Listen I better stop, now. I’m beginning to draw comparisons in my head between Michelle Obama and the MyPillow dude and his “As a special thank-you, I want to give each and every one of you the opportunity” shtick to buy the latest product he’s hawking and his “Act now before it’s too late!” close.

Apologies for the digression; I suffered a momentary flashback.

It has long been speculated that Gavin Newsom, an ultra-progressive politician who survived a recall effort in his state after dissatisfaction with … END_OF_DOCUMENT_TOKEN_TO_BE_REPLACED

Did you know that freedom of speech is “nonsense?” That’s the word from CNN, which let a former CIA … END_OF_DOCUMENT_TOKEN_TO_BE_REPLACED

The Chinese media has, in recent years, opined plenty about the right to keep and bear arms. Well, … END_OF_DOCUMENT_TOKEN_TO_BE_REPLACED

With Democrats in complete control of Colorado government, any legislative response to the mass … END_OF_DOCUMENT_TOKEN_TO_BE_REPLACED