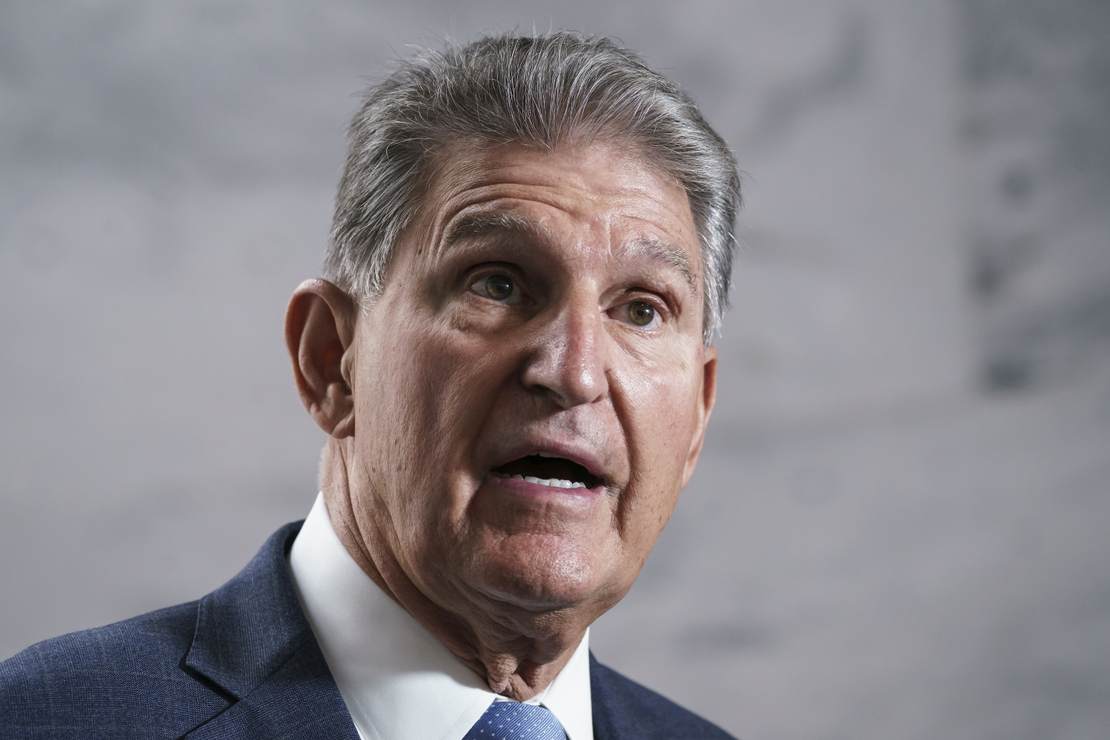 Sen. Joe Manchin (D-WV) signed onto the falsely named Inflation Reduction Act in part because he claimed he was getting an energy permitting deal that was going to be helpful to the energy industry. We wrote previously how there was no guarantee that he was going to get the backend of the deal, even though he had to sign aboard the IRA first.

Republicans were furious that Manchin sold his alleged principles down the river on this. Normally, you would think they would want things that would be advantageous to energy but not when it was part of a deal to saddle us with all the spending and Democratic agenda items that are in the IRA. So many were not on board with going along with it, and some Democrats had issues with it as well because it was not in line with their green dreams.

But it turns out that there’s a big problem poison pill with the permitting deal too that should make anyone on the right sit up and say “No way.”

As the Wall Street Journal observes, there are some provisions that would do “tangible harm to U.S. energy security and constitutional federalism.”

Though it’s received little attention, one section would rewrite how transmission lines are permitted, and not for the better. The 1935 Federal Power Act preserved state authority over transmission-line permits while the Federal Energy Regulatory Commission (FERC) decides how to allocate costs. [….]

It gives FERC the power to permit an interstate transmission line if the Energy Secretary says it promotes “national energy policy” or the ability of “intermittent energy to connect to the electric grid.” FERC could override states and approve a line merely because it reduces CO2 emissions or encourages renewable power.

So it’s giving the federal government even more power to dictate their green energy dreams to the states. This will then throw things further out of whack by encouraging more renewable energy.

Coal plants that generate baseload power 24/7 can’t make a profit and have closed. When wind turbines froze in the February 2021 winter storm, gas-fired generators couldn’t pick up the slack and Texans were plunged into darkness. Weak wind production in July prompted more energy conservation warnings and manufacturers to reduce output.

More transmission lines will encourage more renewable development, but this will merely make it harder for fossil fuel and nuclear plants to stay in business. The result will be less reliable and secure energy, the opposite of Mr. Manchin’s stated goal.

States today consider how transmission lines affect their power supply when they decide whether to permit them or not. FERC wouldn’t be required to. West Virginia could be forced to take power from New Jersey offshore wind farms that drives its coal plants out of business. Worse, under the bill FERC could order a utility to build a transmission line.

So this gives the government even more power to force a transition — whether it makes sense or not, whether it is reliable or not — and make the states pay for it. It doesn’t balance off the IRA — it makes it even worse.

Hopefully, the Republicans have enough sense not to sign aboard this. It sounds like some of them do get it. Senate Majority Leader Mitch McConnell is lobbying against it, so now it’s definitely in danger if you add that to the Democrats who are against it, including Sen. Tim Kaine (D-VA). So after all that, Manchin is likely not to get what he sold himself over for the IRA and that wasn’t what he claimed but was just another excuse for a radical takeover.

Former President Donald Trump flashed his frustration with the Republican leadership on his Truth Social account yesterday, lashing out at McConnell’s … END_OF_DOCUMENT_TOKEN_TO_BE_REPLACED

Week 31 of Putin’s War, that projected 3-day romp through Ukraine is not starting off well. Just one day after annexing the Ukrainian oblasts of … END_OF_DOCUMENT_TOKEN_TO_BE_REPLACED

Once upon a time, back when “Saturday Night Live” was funny on a consistent basis in the late 1980s, … END_OF_DOCUMENT_TOKEN_TO_BE_REPLACED

Five men were arrested on June 17, 1972, while trying to bug the Democratic National Committee’s … END_OF_DOCUMENT_TOKEN_TO_BE_REPLACED