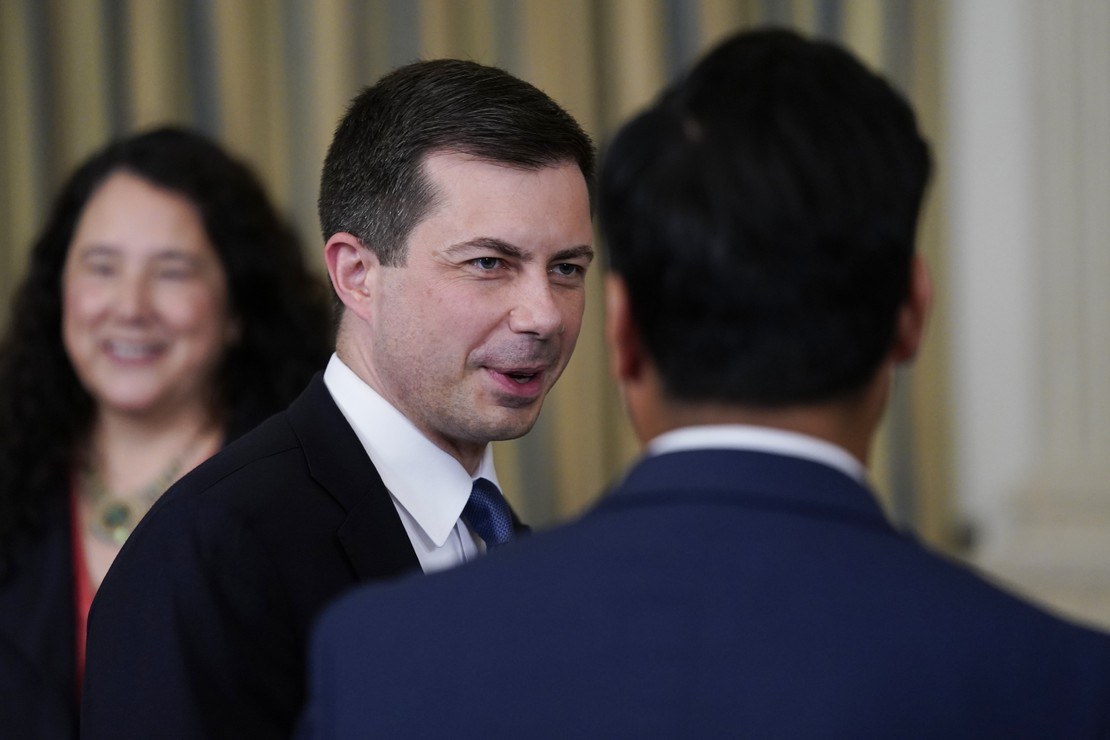 A new book has come out revealing that Barack Obama and Joe Biden weren’t exactly big fans of Pete Buttigieg during the 2020 campaign.

Buttigieg rocketed into contention behind Bernie Sanders and Biden, relying on slobbering media coverage and a largely mythical backstory. To hear Democrats tell it, Buttigieg was the most successful mayor in history and basically a Navy SEAL. Reality told a far different story, including the fact that he couldn’t even manage to fill potholes in the crime-ridden city he led.

So how did Obama and Biden feel about Buttigieg as he sucked up so much political oxygen? According to The Long Alliance, a book about the relationship between the former president and current president, Obama felt that Buttigieg was too short.

“Obama just doubted it would all add up to viability in a presidential campaign where image and fame mattered immensely—he thought Buttigieg was too short and, as a former volunteer for Obama in 2008, seemed too young—and where such a large field would make breaking through that much harder.”

You have to go back to Jimmy Carter to find the last president who clocked in under six feet tall, so maybe Obama is on to something? Still, it seems like a rather petty complaint doesn’t it? Besides, wouldn’t you rather have someone short vs. someone who is senile and mentally incompetent, which Joe Biden is? It’s not surprising, though, that Obama would think that way. He was the nation’s first real celebrity president and the media, both press and otherwise, continue to worship the ground that he walks on.

To be fair, Obama’s complaints didn’t stop at height. He also wasn’t a fan of Buttigieg’s inability to win over non-white voters, something that ultimately cost the former Indiana mayor any real shot in the primary. There’s no evidence that political defect has been fixed even as Buttigieg is eyeing another presidential run.

For his part, Biden’s critiques were a bit…more forward.

Biden was similarly impressed by Buttigieg’s “gay Obama” schtick but “also thought everyone was kidding themselves” about his viability as a candidate. “The guy had gotten destroyed in the piddling race for DNC chair in 2017, so how was he going to be the party’s presidential nominee?” Debenedetti writes of Biden’s thinking at the time. The former VP was particularly annoyed when a bunch of former Obama staffers started lining up behind Buttigieg and Beto O’Rourke, another candidate with no shot at winning. “You believe this shit?” Biden would often vent to aides and associates.

Everything in that excerpt just shows what we already knew. Namely, that Biden is a pathetic, thin-skinned clown who thinks he’s something he isn’t. I’m not a Buttigieg fan. Quite the opposite, in fact, and I hope he never sniffs the White House. But who is Joe Biden except for a failed career politician with no redeeming qualities? Even his “ole Joe” act is contrived and fake. Heck, Obama didn’t even want Biden to be the nominee in 2020.

Regardless, looking at the bigger picture, these alliances can’t last. Buttigieg ended up transportation secretary, where he’s presided over multiple supply chain crises, and that’s when he isn’t on never-ending paternity leave. There’s no way the Obama establishment, which controls the party, wants Buttigieg to be the future, and Biden certainly sees him as a threat. Once the mid-terms are over, it’ll be interesting to see how these relationships develop. Tensions are bound to rise.

Ah, you have to love it when pomposity gets punctured. If there ever was a face of that very concept, it would likely be Chris Wallace. Wallace fled … END_OF_DOCUMENT_TOKEN_TO_BE_REPLACED

Kurt Bardella, who indicates that he is a Democratic strategist, posted a tweet on Monday suggesting … END_OF_DOCUMENT_TOKEN_TO_BE_REPLACED