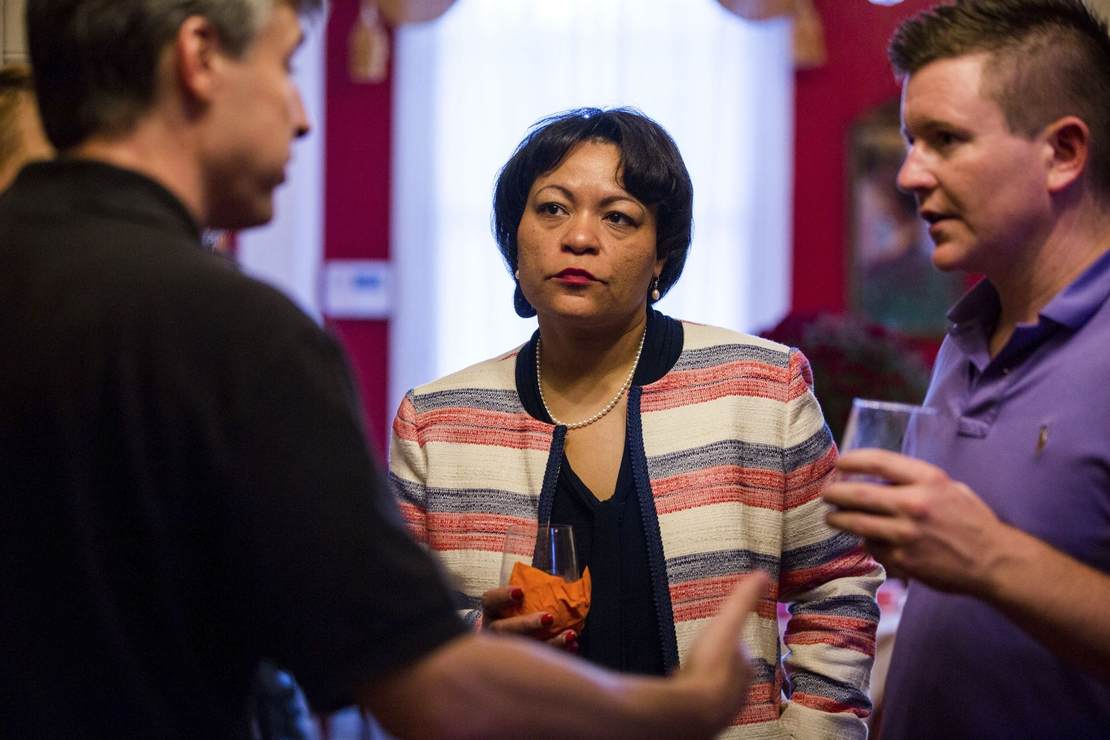 Like various other politicians of whom we’re aware, New Orleans Mayor LaToya Cantrell is incapable of staying out of her own way, which by default makes the embattled mayor her own worst enemy. As we reported in late August, Cantrell was hit with a recall petition after months of violent crime, a dwindling police force, and an upgraded, taxpayer-funded, trip to France, among others. So what’s she to do?

As The New York Post reported on Sunday, the mayor is refusing to reimburse New Orleans coffers almost $30,000 of taxpayer money she spent upgrading flights to first class or business class — despite clearly-written city policy — after insisting the pricey upgrades were for her “health and safety” as a black woman.

Cantrell, since January 2021, charged the city more than $29,000 to travel first-class or business-class instead of coach. As noted by The Post, one of Cantrell’s flights cost nine times more than the cost of an aide’s ticket who accompanied her but flew in coach. The trip to France included an $18,000 first-class ticket.

One thing is clear: I do my job, and I will continue to do it with distinction and integrity every step of the way. That’s what I have to say on that.

Yeah, no. That was not all Cantrell had to “say on that.” Not even close.

“As all women know, our health and safety are often disregarded and we are left to navigate alone,” she told the Times-Picayune/The New Orleans Advocate in August. Cantrell went full-metal-Joy Reid:

As the mother of a young child whom I live for, I am going to protect myself by any reasonable means in order to ensure I am there to see her grow into the strong woman I am raising her to be. Anyone who wants to question how I protect myself just doesn’t understand the world Black women walk in.

Be honest. Tell me you didn’t see the race card coming.

Cantrell of course didn’t explain the “health and safety” risks attached to “the world black women walk in.” On the contrary, I suspect Mayor Cantrell’s “experiences” aren’t all that hard to appreciate, much less fear.

Nonetheless, the New Orleans travel policy reads, in part, according to WWL:

Employees are required to purchase the lowest airfare available. … Employees who choose an upgrade from coach, economy, or business class flights are solely responsible for the difference in cost. Any reconciliation of travel expenses that results in overpayment by the City requires that the employee reimburse the City within twenty business days.

“The policy of the city of New Orleans says employees, if they decide to fly first-class as opposed to the lower fare, they have to reimburse the city,” New Orleans attorney and legal analyst Tim Meche said, adding:

Under my research, I don’t think she is. The issue is traditionally what have mayors of municipalities been considered and in just about all the circumstances they’re not considered to be employees.

But City Council President Helena Moreno is now seeking legal opinions from both the city attorney and the council’s attorney as to whether the travel policy does in fact apply to Mayor Cantrell and if it does, whether she is required to reimburse the city for her fares in excess of “the lowest fare available,” as the travel policy states. I don’t have a dog in the fight, but why should Cantrell be excluded from a clearly written policy? If she’s determined to be an employee?

Here’s the thing. Is New Orleans Mayor Latoya Cantrell playing the race card or not? It appears so, but here’s the other thing. If a white Republican woman were the mayor of a major American city in the same situation, expressing the same “health and safety” concerns — sans the “black woman” part — how would Democrat politicians and left-wing media outlets react to that story?

The last question was rhetorical, of course.

It almost reads like a headline from the satire site, The Babylon Bee, huh? With nearly 2.5 million — and counting — Border Patrol encounters with … END_OF_DOCUMENT_TOKEN_TO_BE_REPLACED

Seventy-three companies in Britain are halfway through a six-month trial in which employees get a paid day off weekly. Instead of the standard 40-hour … END_OF_DOCUMENT_TOKEN_TO_BE_REPLACED

Some of the lines from the familiar, seventh-inning stretch tune, “Take Me Out To The Ballgame” hit me a little differently on Friday night, at the … END_OF_DOCUMENT_TOKEN_TO_BE_REPLACED

All Joe Biden and his team had to do for the economy was nothing. Allow the people to go back to … END_OF_DOCUMENT_TOKEN_TO_BE_REPLACED

Despite his publicity stunts to draw attention to his presidential run, and preening about … END_OF_DOCUMENT_TOKEN_TO_BE_REPLACED