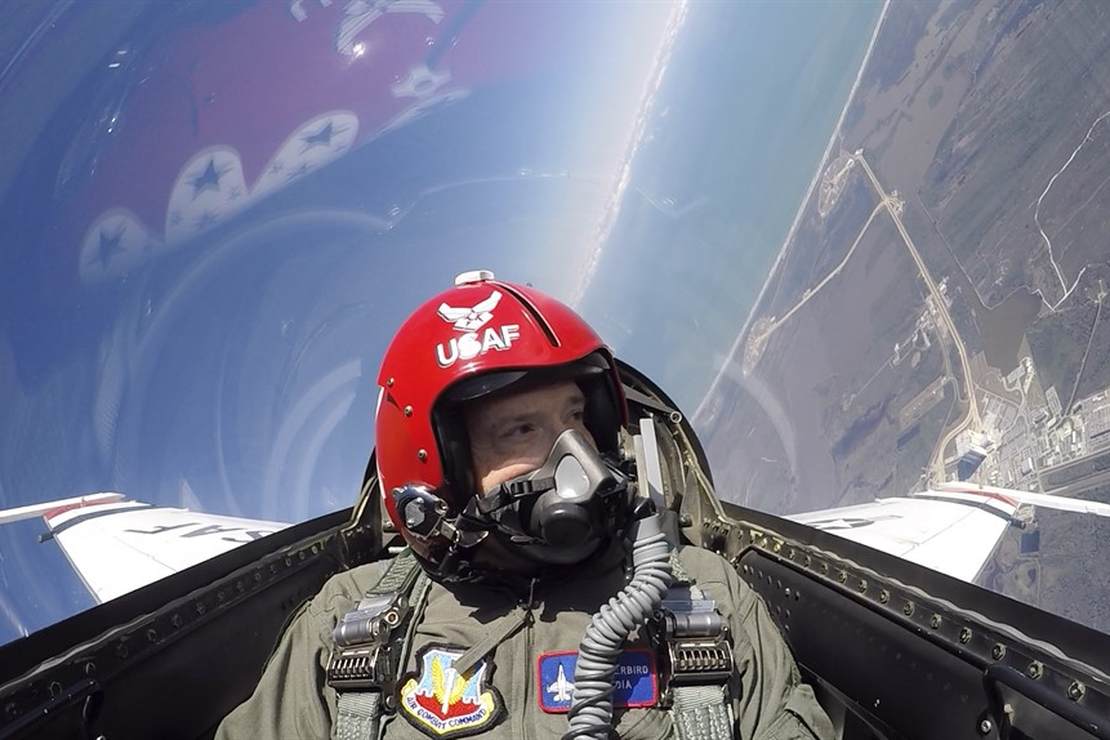 UNEXPECTEDLY: ADV. FREQUENTLY USED BY PEOPLE WHO DON’T KNOW WHAT THEY ARE DOING, TO DESCRIBE UNPLEASANT EVENTS OR SITUATIONS THEY HAVE CREATED.

See Unexpectedly, the Public Education Bureaucracy Is Finding That Parents Don’t Trust Them and No One Likes Them for the reference.

There has been talk in the media about the difficult recruiting environment the military is facing due to the surplus of fat, stupid, criminally inclined, and all-around unmotivated sluggards that now constitute a majority of the prime recruiting market of 17-21 year-olds; see Military Recruiting Numbers Lowest Since the Vietnam War, What’s Happening to America’s Military?, and Army Backs off Enlisting High School Drop Outs but the Woke Cancer Killing Enlistments Remains Stronger Than Ever. This is serious, but at least one service, the USAF, is facing a more critical problem: a critical shortage of mid-career aviators. Truth be told, I would bet Navy Aviation has the same issue.

This is how the problem is framed in a Breaking Defense story headlined Avoiding empty cockpits: Addressing the Air Force’s pilot shortage problem.

Beijing demonstrated its growing military strength this month as the People’s Liberation Army conducted large-scale air and naval exercises around Taiwan and even fired missiles over the island. Eyeing a possible conflict with China in the coming years, the US Air Force is trying to field next-generation aircraft in sufficient quantities to help deter aggression and achieve victory if deterrence fails.

The problem is that the service consistently struggles to retain enough aviators to fly those aircraft. In fact, the Total Air Force (Active, Guard, and Reserve) was short 1,650 pilots in 2021, and the shortfall will likely only get worse.

It’s a crisis that must be addressed head-on, both by training more pilots but more importantly by retaining a higher percentage of experienced pilots through flexible incentives offered to officers earlier in their careers.

Indeed, according to federal labor statistics, the US airline industry needs to hire 14,500 new pilots each year until 2030, yet the United States reportedly produces just 5,000 to 7,000 pilots annually.

That shortage will lead commercial airlines to offer more attractive offers to woo Air Force pilots into civilian cockpits. Those offers will undoubtedly seem tempting to some pilots whose active-duty service commitments are ending – mid-career officers who may be flying less or who are concerned about the impact of the military lifestyle on children who are getting older.

It’s a very real problem. It takes years and a few thousand flight hours to develop a pilot with the skills to lead other pilots in the high threat environment that even mediocre opponents can create. In a crunch, you can surge basic pilot training. What you can’t surge is the experience gained in the cockpit during deployments and in high-stress exercises like Red Flag.

Just when a pilot reaches his peak, he is generally at a point in his career where flight slots are more scarce, and in his personal life, his kids are about middle school, and thoughts turn to not dragging them from one base to another. The siren call of more time at home, a regular schedule, and a higher salary draw many mid-career officers to the private sector.

The authors go on to propose a solution. The USAF should create a major incentive program that would keep those majors and lieutenant colonels in the Air Force and available for flight duty if needed.

I think the authors aren’t looking at the real problem. If a lack of incentives were the problem, the officers they are trying to retain would never have made it to this point in their Air Force career. The problem is that mid-career aviators have been told that they aren’t wanted. By told, I don’t mean it has been hinted at; I mean they have seen it in writing from the three-star general who runs Air Force recruiting. This is from Major General Ed Thoma, USAF recruiting poohbah, in October 2020.

We simply can no longer afford for significant segments of our society to be underrepresented in our U.S. Air Force or our newest branch, the U.S. Space Force.

To be clear, the Air and Space Forces are not setting quotas based on race or gender. We will, however, focus intensely and concentrate our efforts in traditionally underserved communities. It wouldn’t be legal or productive to hold recruiters accountable for bringing in a certain number of recruits from various demographic groups. But if we see that we’re not hitting recruiting targets that mirror the qualified population in those categories, we will adjust to concentrate on areas where we can get a more representative balance in our applicant pool. To use a fishing analogy, recruiters must not only cast a wide net but ensure we are spending time in the right fishing holes.

And by measuring those targets, we’ll employ the old management axiom that what gets measured gets done. And we’ll get it done.

While we are meeting or exceeding nearly all demographic targets in our enlisted ranks, inside our cockpits is where we have the greatest disparities and opportunities for improvement. In all, 86 percent of our aviators are white males. Less than 3 percent of our fighter pilots are females. This is why we established a detachment within Air Force recruiting two years ago charged with improving diversity for those who wear flight suits. The mission of Detachment 1 is to bring a singular focus to recruiting qualified women and minorities who have not always felt they belonged.

The USAF has responded to the challenge by eliminating prior flight training as a “plus” on pilot selection. They found that such training favored applicants who could afford private flight lessons. It has also announced that it intends to reduce the number of white officers from 80% to 67.5%.

Compounding the outright racism and bigotry involved in these “goals,” the Department of Defense’s new Diversity, Inclusion, and Equity oberführer, Kelisa Wing, is, to be charitable, a pathological and virulent racist, tweeting out such nuggets of wisdom as

I’m exhausted with these white folx in these PD [professional development] sessions this lady actually had the CAUdacity to say that black people can be racist too … I had to stop the session and give Karen the BUSINESS … we are not the majority, we don’t have power

I’d also point out that she tweeted that while acting as a gauleiter of some sort in DOD’s race-equity apparatus while Donald Trump was president.

Suppose you are a mid-career officer and pondering your professional future, on one hand. In that case, you are looking at a higher salary and a more stable domestic environment for your family, along with a lot less risk. But, on the other hand, your employer is sending clear signals that your contribution and actual presence is not valued but detrimental to organizational goals, and they bring in a blatant racist to oversee the race-based policies that will determine your future. What do you do? Hang around and wait for the axe to fall, see your career stall, or leave? I know what I’d do.

Former President Donald Trump flashed his frustration with the Republican leadership on his Truth Social account yesterday, lashing out at McConnell’s … END_OF_DOCUMENT_TOKEN_TO_BE_REPLACED

Week 31 of Putin’s War, that projected 3-day romp through Ukraine is not starting off well. Just one day after annexing the Ukrainian oblasts of … END_OF_DOCUMENT_TOKEN_TO_BE_REPLACED

Once upon a time, back when “Saturday Night Live” was funny on a consistent basis in the late 1980s, … END_OF_DOCUMENT_TOKEN_TO_BE_REPLACED

Five men were arrested on June 17, 1972, while trying to bug the Democratic National Committee’s … END_OF_DOCUMENT_TOKEN_TO_BE_REPLACED