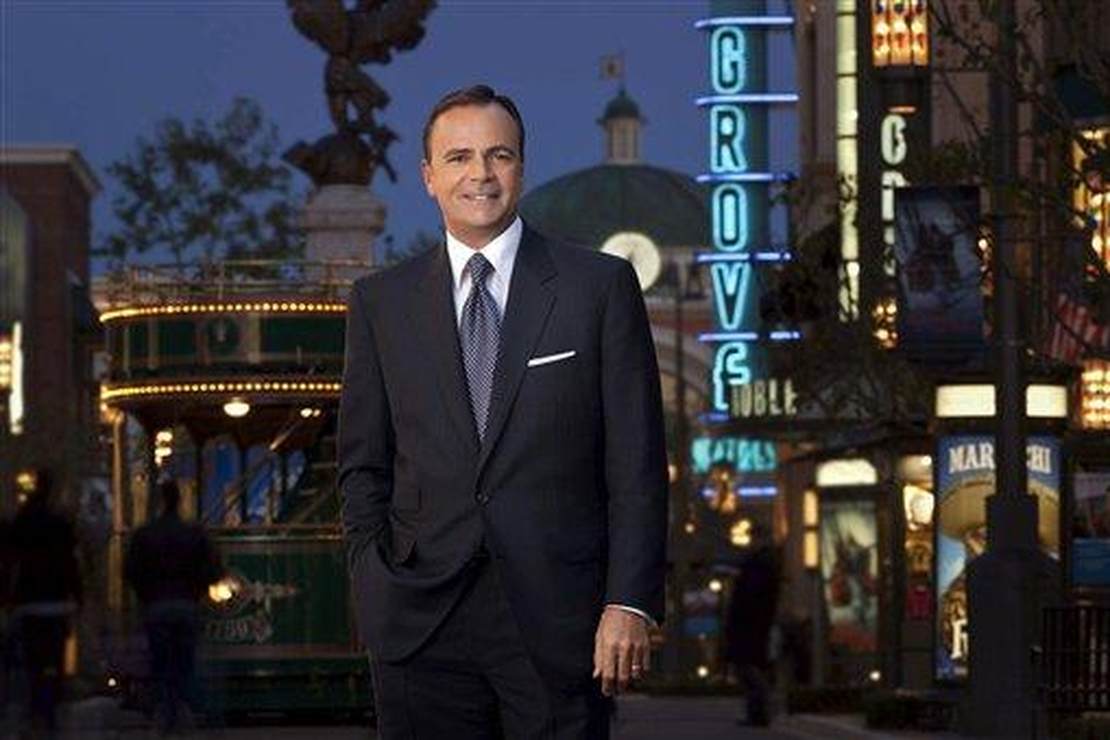 This is how you win a mayor’s race.

Small business owners are the backbone of LA’s economy, representing 43% of the county’s workforce.
But unnecessary regulation is making it harder for them to operate in LA. My economic plan will #MakeLAWork for small businesses and help them thrive. ⤵️https://t.co/zzruDmPkPe pic.twitter.com/sMlJCBw28y

This is profound. Most California politicians give lip service to supporting small businesses while doing the bidding of developers and unions. The fact that Caruso has actually put meat on the bones of his plan builds confidence and offers hope to this industry sector.

Problem: Covid laid bare just how deeply small businesses could be impacted by government decisions. At the same time, many who lost their jobs turned to entrepreneurship to be able to control their own economic future. City Hall too often makes starting a business an expensive endeavor mired in a maze of bureaucracy. Los Angeles should be a place that rolls out the red carpet for businesses of all sizes, and makes it easy to not just start, but grow dreams.

Los Angeles’ ABC 7 News covered the details of the plan.

Los Angeles mayoral candidate Rick Caruso on Tuesday unveiled his plan to help small businesses, which he says haven’t just been hurt by the pandemic but also by crime and homelessness.

“We didn’t have the crime problem we had today,” Caruso said at a campaign event in Sherman Oaks. “We didn’t have the homeless problem we had today. And we weren’t over regulated like we are today. I have many small businesses on our properties that we have to help just to get home. You almost literally need to hire a lobbyist in order to help navigate through the regulation in the city of L.A. To open a business, sometimes you need 10 different levels of approvals from 10 different commissions or departments.”

Caruso was joined by business owners who complained about having to hire security to protect their staff and patrons rather than putting that money back into the business. On homelessness, Caruso said sheltering 30,000 people in his first year as mayor would make it easier for them to obtain services leading to a permanent home.

Remember Angela Marsden and the Pineapple Hill Saloon? Hers was the voice that exposed the callous treatment of small businesses by elected officials.

These business owners suffered greatly under the pandemic, and many never reopened their doors. Los Angeles was a documented hot spot for small business losses.

Post-pandemic, the businesses that have reopened are having difficulty recouping their losses. Mainly because of the lazy, disinterested activists in the L.A. City Council refuse to assist small business owners in fighting the homeless humans camping in front of their businesses, the vagrancy that results from it, and the rampant crime, as RedState covered in this exclusive:

Thanks to all the homeless encampments and homeless persons attacking residents and business owners, you don’t want to walk down the street, let alone frequent any of the businesses. A stroll down Ventura Boulevard means you are stepping over feces and sleeping and/or wasted humans; and you’d better hope that one of them doesn’t attack out of the blue with a machete.

So, this plan, and Caruso outlining the concrete steps he will take, will go far in raising his profile with the people of Los Angeles, and could well secure him more votes.

In typical political fashion, Bass’ plan for “Business and Jobs” housed on her website is more of the same-o, same-o. Bass touts what she did for businesses when she was in the California Assembly in the early 2000s—in political time, that might as well have been a million years ago. Her plan also gives precedence to real estate developers and unions: her favorite donors. Bass then outlines how she will form committees to “investigate” and offer solutions on how to make Los Angeles more attractive for business.

Because committees do so well at solving these economic issues.

Bass also fixated on one aspect of Caruso’s plan, blasting him for his approach to mitigating homelessness. Instead of talking about her own non-plan and addressing why small businesses are languishing or leaving, she chose to deflect with a noble-sounding speech claiming Caruso is promoting more of the same.

But, in an interview with ABC7 on Monday, Caruso’s opponent, Rep. Karen Bass, said the developer’s plan doesn’t do enough to end homelessness once and for all.

“His plan reflects more of the same,” Bass said. “He wants to put 30,000 people in shelters. And I’m still trying to figure out what a ‘sleep pod’ is. I don’t know what that is. But what I do know is people are on the streets today because they don’t feel shelters are safe. So, it will be interesting to see what his plan is for that. My plan calls for getting people off the streets into housing. But you have to address why they were unhoused to begin with or they’ll fall right back into homelessness.”

Deflect, obfuscate, and re-direct appear to be an essential part of Bass’ playbook. Caruso may have the leg up on this one. We’ll see if it moves the needle in his direction.

Los Angeles mayoral candidate and Democratic congresswoman Karen Bass was pressed to explain some of the more puzzling aspects of the recent theft of two guns from her home during Wednesday night’s debate with challenger Rick Caruso, including whether or not her guns were properly stored and, if so, why they were the only items taken from her home when strangers allegedly broke in.

Caruso had several pointed questions for Bass, including specifics about the type of firearms that were stolen and whether or not the congresswoman was in compliance with LA’s “very detailed” gun storage law. Bass, for her part, feigned offense at the line of questioning from her opponent.

Bass said she was “disheartened” by Caruso’s questioning and insisted everything was proper.

“My home was burglarized, I called the police, and later they arrested two suspects,” she said. “And the storage and registration were 100% legal.”

The Democrat then fired back with an accusation of her own.

“I think this is an act of desperation, Rick,” she said, mentioning the letter from [Los Angeles City Council member Joe] Buscaino “calling for me to be investigated for the theft that happened at my house.”

Bass then turned to Caruso and said she was “disappointed” because when his property The Grove was burglarized she called him to ask how he was.

“And instead you call on me to prove one thing or another and then the councilman calls on me to be investigated?” she asked.

By all accounts Karen Bass was the victim of a crime, but it’s understandable that there are some questions surrounding the theft of her guns. Bass has previously said that the firearms were stored in a locked box out of sight, which makes you wonder how the thieves knew where to look and why her firearms (identified as .38 caliber revolvers in the police report filed after the incident) were apparently the only things they were interested in.

REP. BASS’ CENTRAL TAKE: “Well, I came home one evening to see my house in disarray, and it was very traumatic… [the guns] were registered. They were locked in a safe box. And they were stashed away in a closet… you know, Angelinos all around the city are not feeling safe, and I did feel safe until my safety was shattered like so many Angelinos…

I don’t know that it makes me think any different, because I thought from the beginning that the number one job of the mayor is to make sure that Angelinos are safe. In many neighborhoods, people don’t feel safe, they would like to see an increased presence of police officers. My position then, and my position no, is that for those neighborhoods that want to see an increased presence, then the quickest way to get officers on the street is to get them from behind the desk. It takes a long time to hire – we definitely need to hire – but we need to get officers on the street as fast as possible…”

I don’t think Bass is involved in any sort of criminal conspiracy here, but I also get why Caruso and others have questions for the pro-gun control politician. Not only is it odd that her guns were the only things stolen from her home, her high-profile support for restrictions on the right to keep and bear arms make this story a little more interesting than the average home break-in.

The two men arrested for the crime have pled not guilty, and the guns stolen from Bass’s home have yet to be recovered, so expect these questions to linger. I doubt it’s going to be the overriding issue in the LA mayor’s race, but if nothing else it gives Caruso the opportunity to take Bass and other progressives to task for focusing so much of their energy on going after legal gun owners instead of cracking down on criminal behavior.

Former President Donald Trump flashed his frustration with the Republican leadership on his Truth Social account yesterday, lashing out at McConnell’s … END_OF_DOCUMENT_TOKEN_TO_BE_REPLACED

Week 31 of Putin’s War, that projected 3-day romp through Ukraine is not starting off well. Just one day after annexing the Ukrainian oblasts of … END_OF_DOCUMENT_TOKEN_TO_BE_REPLACED

Once upon a time, back when “Saturday Night Live” was funny on a consistent basis in the late 1980s, … END_OF_DOCUMENT_TOKEN_TO_BE_REPLACED

Five men were arrested on June 17, 1972, while trying to bug the Democratic National Committee’s … END_OF_DOCUMENT_TOKEN_TO_BE_REPLACED