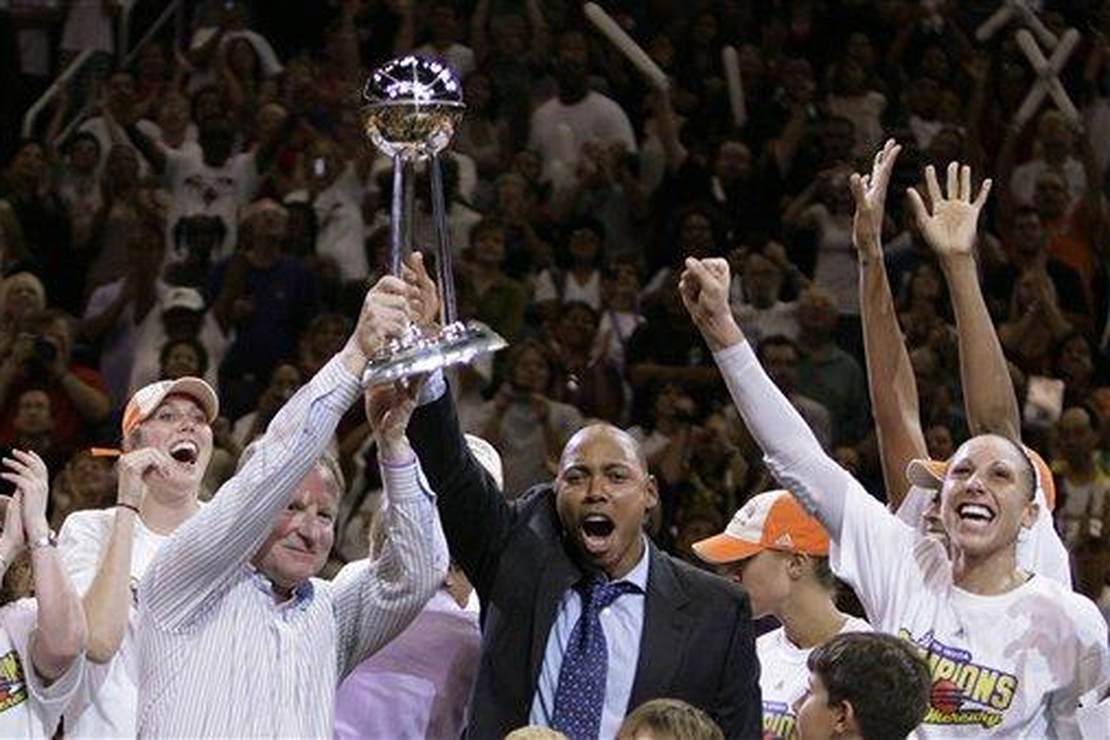 The Society of the Perpetually Offended claimed another scalp on September 21st, as NBA (Phoenix Suns) and WNBA (Phoenix Mercury) owner Robert Sarver announced he was selling the teams in response to the busload of butthurt unleashed by his big fat mouth. From ESPN:

“As a man of faith, I believe in atonement and the path to forgiveness,” Sarver said in a statement Wednesday. “I expected that the commissioner’s one-year suspension would provide the time for me to focus, make amends and remove my personal controversy from the teams that I and so many fans love.

“But in our current unforgiving climate, it has become painfully clear that that is no longer possible — that whatever good I have done, or could still do, is outweighed by things I have said in the past. For those reasons, I am beginning the process of seeking buyers for the Suns and Mercury.”

While zero effort should, or can, be made to defend Sarver’s delves into language and misogynistic dumbassery, the incident does exemplify how the sole remaining sin modern society acknowledges is uttering a racial epithet, even when said instance consists of repeating what a member of said ethnic group said with no agreement implied. Lying your head off is perfectly acceptable, of course.

Setting aside the inevitable cries of social media featherweights who’ll demand Sarver be forbidden from profiting by selling the teams, some math is in order. Sarver bought the Suns in 2004 for $401M. The team’s estimated worth as of last year is $1.8B. The man is going to get paid, and all the class clowns together calling for Sarver’s head to be hoisted on a petard are guaranteed to not have the money necessary for participation in bidding for the franchises. The Suns and Mercury do not own their home court Footprint Arena, but given how they operate it and how the teams just poured over $230M into renovating the place, it’s highly unlikely new ownership would seek a vanity hometown heroes deal à la the Seattle SuperSonics to Oklahoma City Thunder move. It would not be surprising to see NBA commissioner Adam Silver privately “suggest” to LeBron James, he of the $1B portfolio, that he round up a few equally money-minded friends and make an offer. Imagine the marketing possibilities of Bronny James and Bugs Bunny both in Suns uniforms.

A bit further dive into this notion stems from a commentary by writer Phil Boaz of the Arizona Republic.

James Jones, the team’s general manager, had been a long-time teammate of LeBron James, currently the greatest player to ever hold a basketball. LeBron James has no peer in the NBA. He is the face of the league and its most powerful person. He’s worth more than $1 billion.

Here’s what Lebron James says about James Jones: “I love him. He’s the greatest teammate I’ve ever had.”

Boaz’s article also highlights WNBA commissioner Cathy Engelbert’s effluent praise of Sarver’s tenure owning the Mercury. It grows ever more apparent that Sarver is a man who, while definitely needing to clean up his act, creates dirt with his tongue yet produces diamonds by the work of his hands.

Former President Donald Trump flashed his frustration with the Republican leadership on his Truth Social account yesterday, lashing out at McConnell’s … END_OF_DOCUMENT_TOKEN_TO_BE_REPLACED

Week 31 of Putin’s War, that projected 3-day romp through Ukraine is not starting off well. Just one day after annexing the Ukrainian oblasts of … END_OF_DOCUMENT_TOKEN_TO_BE_REPLACED

Once upon a time, back when “Saturday Night Live” was funny on a consistent basis in the late 1980s, … END_OF_DOCUMENT_TOKEN_TO_BE_REPLACED

Five men were arrested on June 17, 1972, while trying to bug the Democratic National Committee’s … END_OF_DOCUMENT_TOKEN_TO_BE_REPLACED