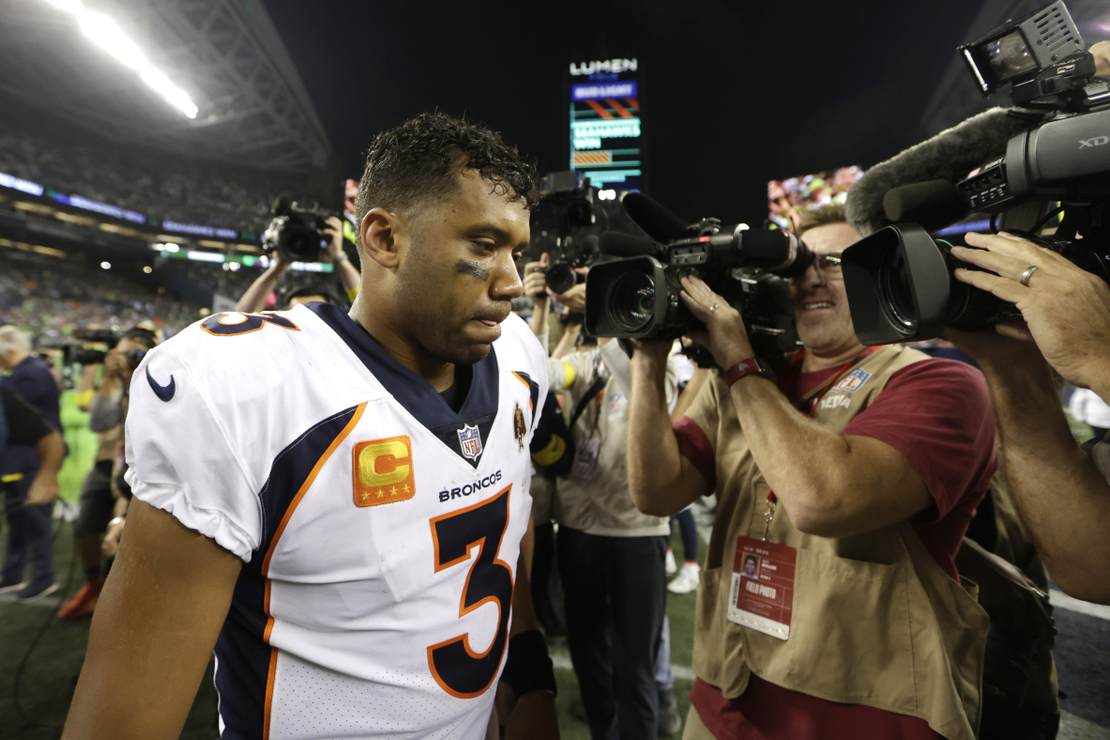 RedState’s Levon Satamian brought you full coverage of last night’s first Monday Night Football game of the season featuring the Denver Broncos battling the Seattle Seahawks in star quarterback Russell Wilson’s first game as a Bronco. Satamian describes how Wilson was booed at Seattle’s Lumen Field despite playing there from 2012 until his blockbuster trade to Denver this off-season, bringing a Super Bowl title to the rainy city among his many other accomplishments.

The Seahawks eked out a victory 17-16 as the Broncos missed a last-second field goal.

And it is that decision to attempt a 64-yard field goal that will go down in NFL lore; it was quite simply one of the worst coaching decisions in NFL history. Despite being a fairly low-stakes game—it was the first game for the season for the teams, hardly the Super Bowl—it was still a serious head-scratcher.

Let’s set the scene: you complete a blockbuster trade for one of the greatest clutch quarterbacks in the NFL record books, you sign him to a $245 million contract to turn around the fortunes of your team and provide miracles in exactly these types of situations, you navigate a tough game just to get him in the type of position he’s proven to be so adept at. It’s 4th and 5 on the Sewahawks’ 46-yard line with 20 seconds left in the ballgame. The announcers are saying things like, “this is exactly where Russell Wilson hoped he’d be,” and “this is the exact type of situation they got Russell Wilson for.”

What do you do?

You pull Wilson off the field and attempt an unlikely 64-yard field goal (it would have been the second-longest in league history), of course. Despite your kicker being only 1 for 7 in previous 60+ yard attempts in his career. Unsurprisingly, the kick sailed wide left. It was one of the worst head-coaching decisions you’ll ever see, and it will be interesting to see if first-year Broncos coach Nathaniel Hackett can survive it.

I can’t tell if a Broncos fan or Seahawks fan made this but idc 😂💀 pic.twitter.com/A0IuWITfoD

Ironically enough, this isn’t the first time Wilson has been on the wrong side of a controversial play. Another legendary incident occurred when he was playing for Seattle in the closing seconds of Super Bowl IX, and the ‘Hawks were just a yard away from victory. All they had to do was hand the ball to Beast-Mode running back Marshawn Lynch, who in all likelihood would have barrelled over the Patriots’ front-line for the winning score. Inexplicably, head coach Pete Carroll opted for a pass, and the rest is history:

Carroll’s strange call is widely considered one of the worst ever. Nathaniel Hackett’s decision will now presumably join Carroll’s on the list of the 30 worst coaching calls in NFL history. 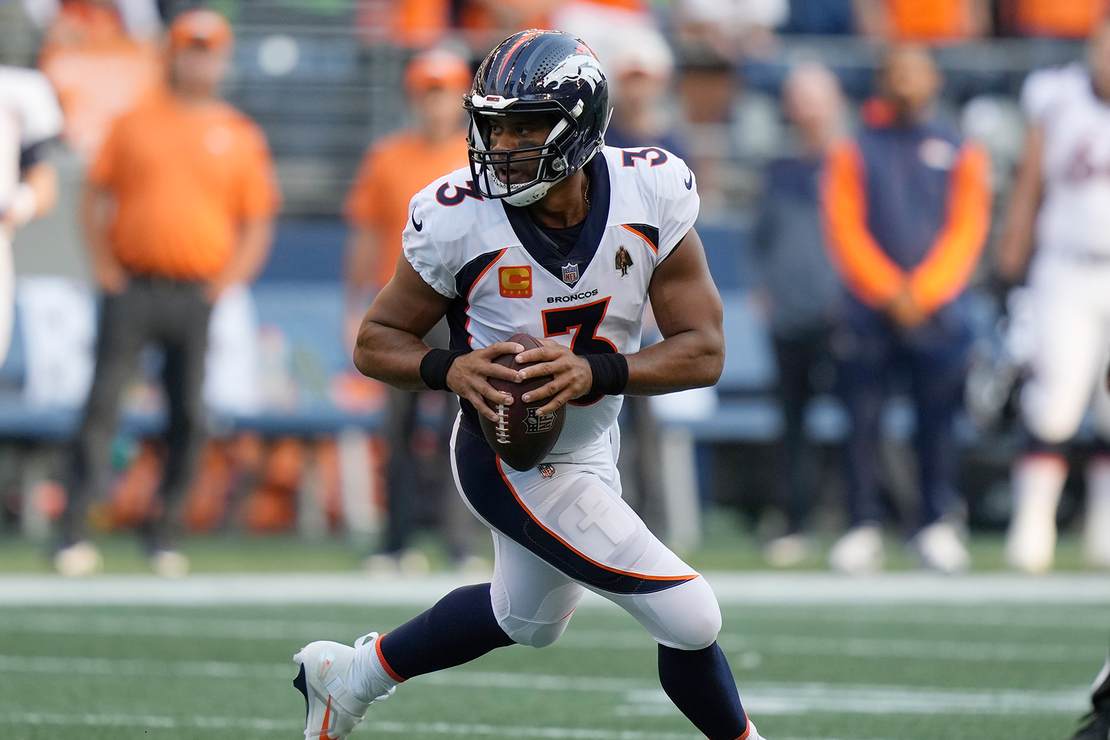 To conclude Week 1 of the NFL season, Russell Wilson and the Denver Broncos traveled to Seattle to take on Geno Smith and the Seahawks. Wilson returned to Lumen Field for the first time since being traded during the offseason. He played for the Seahawks since 2012, but there seemed to be no love lost, as fans wasted no time booing the Broncos quarterback.

The second half was quiet for the most part, but the Broncos were able to make another field goal attempt, making it a one-point game. Seahawks led 17-16, and the Broncos decided to get McManus on the field for a potential game-winning 64-yard field goal. His career-long field goal was 61 yards, which was impressive as is. Baltimore Ravens kicker Justin Tucker connected on a 66-yard field goal, and he holds the record for the longest field goal in NFL history.

McManus barely missed the game-winning field goal, and the Seahawks pulled off the upset against the Broncos.

Brandon McManus from 64 yards for the lead… NO GOOD!

The Seahawks hold on to defeat the Broncos in Russell Wilson’s return to Seattle 🔥pic.twitter.com/G0ATLb2yxK

“He had plenty of distance. He just missed it. Brandon gave it his best shot. That’s a long field goal to hit. I think he’s completely capable of that. Obviously I wish we had gotten a lot closer, but it put us in that weird spot there, because we were in the field-goal range but we were in that fourth-down situation.”

The Seahawks were the only NFC West team to win in Week 1, and they will play against divisional rival San Francisco 49ers in Week 2. The Broncos are in the toughest division, along with the Los Angeles Chargers, Kansas City Chiefs, and Las Vegas Raiders. In Week 2, they play against the Houston Texans.

Week 2 kicks off on Thursday night with a divisional game featuring two of the most exciting teams in the league — the Chargers and Chiefs. That game will be aired exclusively on Amazon Prime. 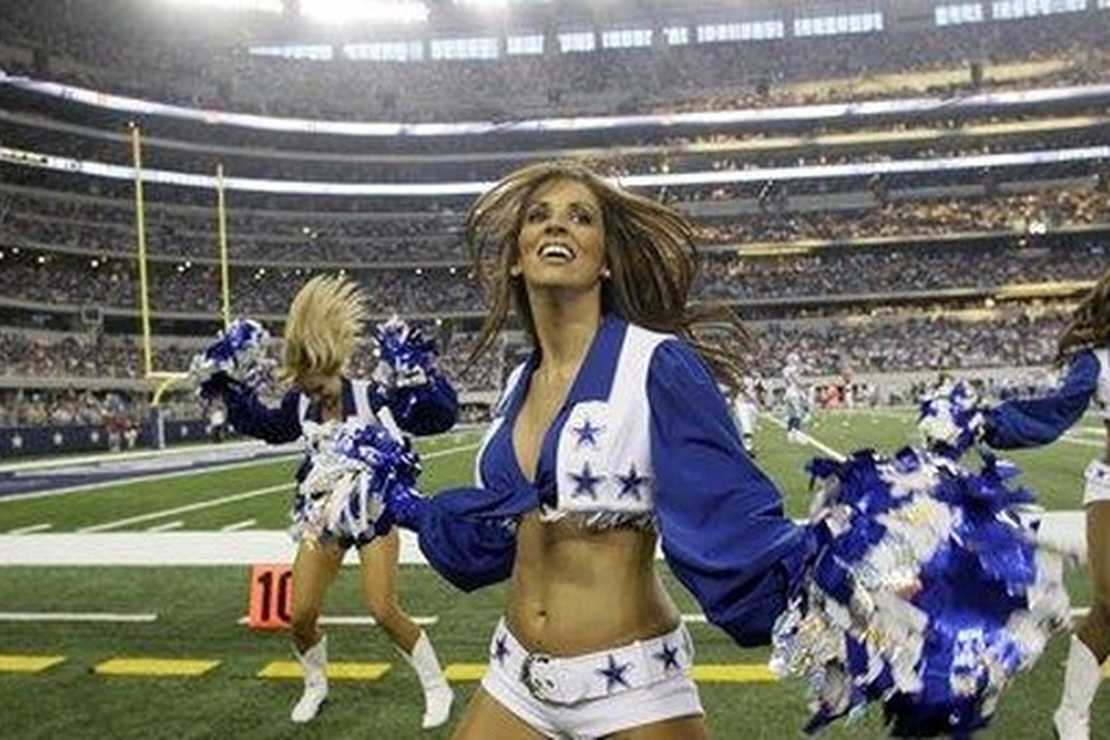 Here at the sports desk located somewhere below decks of the Good Pirate Ship RedState, we note the commencement of yet another NFL season. Despite the league’s social justice posing and our side bets on how many players will be arrested before the Super Bowl next February in Las Vegas (the Super Bowl in Las Vegas … oh, now THERE’S a plan), those of us who still enjoy the game despite it all are preparing to gather around our televisions for multiple weeks of professional sports entertainment by ridiculously high paid athletes. Or, you can watch the SEC on Saturdays, which is the same thing.

The season has already started, although watching the second half of the Buffalo Bills-Los Angeles Rams game convinced me the Rams thought there were still four preseason games, so let’s mail it in. Not that I’m bitter or anything (he says, muttering at his Rams hat). Anyway, here’s a look at what’s coming up.

This game has all the drama and subplots of a third-grade school play, only with less entertainment factor. The Falcons are completely rebuilding, while the Saints face the beginning of life without Sean Payton. New Orleans still has sufficient weapons to make some noise, but a playoff preview this is not.

Oh, that this game was in Cleveland and not Charlotte, as Baker Mayfield seeks to take revenge on the team that dumped him in favor of Deshaun “Massage Man” Watson. The Browns are such a long-running soap opera Susan Lucci is jealous. Watson has this weekend (and ten more following it) off, so the Browns have the immortal Jacoby Brissett running their offense. It probably won’t go very well.

The Trey Lance era begins in Santa Clara … excuse me, San Francisco. Given Lance’s preseason performance had all the consistency of undercooked oatmeal, it’s not surprising the 49ers kept Jimmy Garoppolo on the roster just in case. The Bears aren’t very good, so this game promises to prove nothing to anyone about anyone or anything.

It will be strange not to see Ben Roethlisberger under center for the Steelers. Whether Mitch Trubisky is a long-term solution at quarterback for Pittsburgh remains to be seen. Meanwhile, the Bengals hope to beat the usual Team That Lost The Super Bowl Last Year Stinking Up The Great Outdoors This Year blues.

Last time we saw Eagles quarterback Jalen Hurts, he was getting the hurt put on him by Tampa Bay, making him look like a deer caught in the headlights. Whether he learns from his experience or that miserable performance was who he remains to be seen. Meanwhile, the Lions are … the Lions.

The Colts have this curious inability to win the first game of the year. They also have Matt Ryan, who has something to prove, and Jonathan Taylor, who doesn’t. The Texans have a long way to go before being something more than an afterthought.

Can Mac Jones improve from his rookie year? Can Tua Tagovailoa get the ball to Tyreek Hill? Is everybody who’s not a Patriots or Dolphins fan as sick of hearing about these two teams as we are? Yes, grand and glorious pasts. But don’t call us until you win something now.

Why haven’t the Ravens signed Lamar Jackson to a lengthy contract with lots of zeros? Don’t they watch their own games? The man delivers. Meanwhile, the Jets have to be better than they have been. Don’t they?

A couple of years ago, Washington looked like it was ready to kick it up a notch. Last year was a disappointment. It’ll be interesting to see what they do this year. Jacksonville’s primary objective this season is winning enough games to draft second in 2023 instead of first for the third straight year.

The Giants appear to have no plan for how the team can return to respectability. The Titans are forever in “good but not good enough” mode. This game is most likely not must-see TV.

“He set that example for me to not only be a great player, but to be a great person as well.”

We sat down with QB1 ahead of tomorrow’s season opener. pic.twitter.com/7gMkw6jMEh

Now this game is one to watch, especially since it’s the first half of the season when Arizona usually tears it up. The Chiefs haven’t been to four straight AFC championships because Jake from State Farm is feeding Patrick Mahomes plays. The Cardinals are a bit of an enigma because of their schizophrenic play the past two years,  but when they’re on, they are a force. This one ought to be a good’un.

The Chargers are the trendy pick for a spot in this year’s AFC championship against the Bills. It’s too bad they’re starting the season on the road. And yes, the game is at SoFi. The opponent is the Raiders. Trust me; it’s a road game.

Will this be the year Aaron Rodgers starts showing his age? Assuming he doesn’t spend ten to twenty in the Green Bay pokey for strangling his wide receivers after he repeatedly drops the ball into their hands, and they drop it anyway, probably not.

Given that the Buccaneers’ offensive line has so many injuries, Tom Brady has to snap the ball to himself and act as lead blocker on all running plays, this could be a long night for Tampa Bay. Dak Prescott isn’t at 100%, so expect not a whole lot of offense from either team.

Wonder how many Seattle fans will dig out their “let Russ cook” shirts for this game since Russell Wilson figures to cook the Seahawks goose seven ways from Sunday. Or Monday. You get the idea.

It almost reads like a headline from the satire site, The Babylon Bee, huh? With nearly 2.5 million — and counting — Border Patrol encounters with … END_OF_DOCUMENT_TOKEN_TO_BE_REPLACED

Seventy-three companies in Britain are halfway through a six-month trial in which employees get a paid day off weekly. Instead of the standard 40-hour … END_OF_DOCUMENT_TOKEN_TO_BE_REPLACED

Some of the lines from the familiar, seventh-inning stretch tune, “Take Me Out To The Ballgame” hit me a little differently on Friday night, at the … END_OF_DOCUMENT_TOKEN_TO_BE_REPLACED

All Joe Biden and his team had to do for the economy was nothing. Allow the people to go back to … END_OF_DOCUMENT_TOKEN_TO_BE_REPLACED

Despite his publicity stunts to draw attention to his presidential run, and preening about … END_OF_DOCUMENT_TOKEN_TO_BE_REPLACED