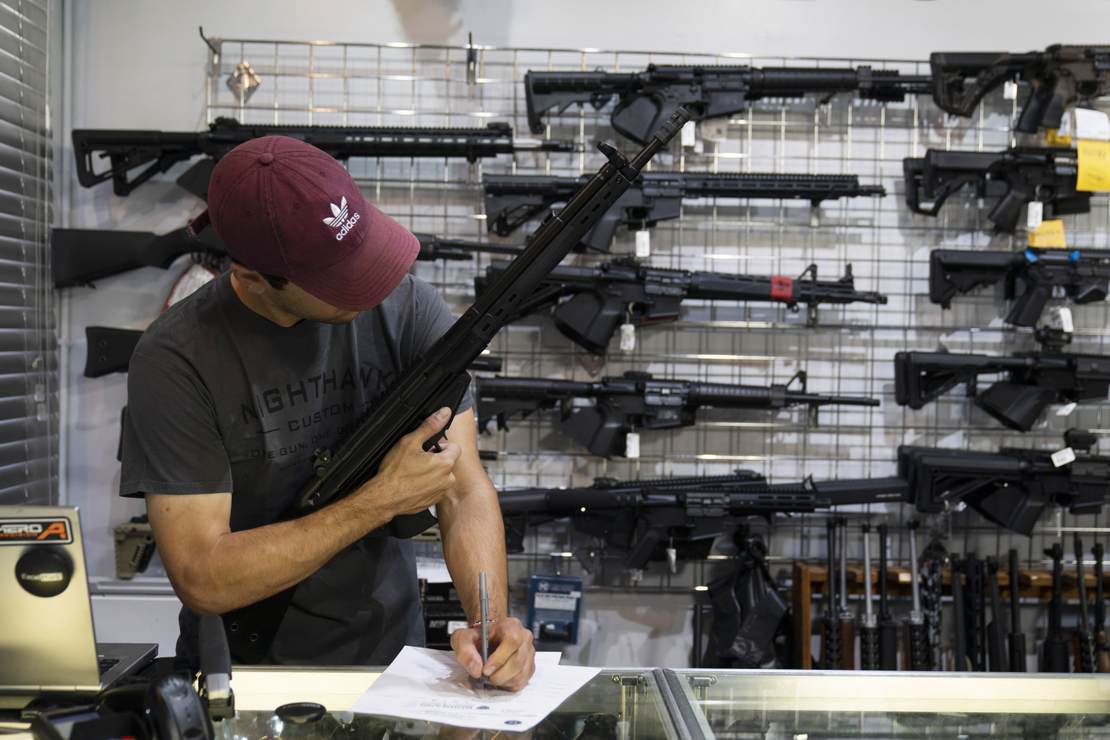 In this episode of Who Are (Some of) These People and What Did They Do With CNN?…

We’ve all heard the stories by now about the shakeup at embattled left-wing mouthpiece CNN, which laughingly proclaims itself The Most Trusted Name in News.

As the long-ago credible “news” outlet’s ratings have swirled down the toilet on par with those of Joe Biden, former honcho CNN President Jeff Zucker was forced to resign, later followed by the firing of former hosts Chris Cuomo and Brian Stelter, and most recently White House correspondent John Harwood. Needless to say, the remaining left-wing sock puppets — and they are plentiful — are in full-metal panic mode, wondering “who’s next?” to be unceremoniously shown the door by new CNN Chairman and CEO Chris Licht, who has vowed to rid the network of Democrat Party sockpuppets.

Despite the dumpster fire that CNN has purposely become and the increasing panic continuing to grip the hyperpartisan leftist hacks remaining (Jake Tapper and Jim Acosta were hiding under their desks, unavailable for comment), there are signs that The Most Trusted Name in News™ might finally see a glimmer of light at the end of the tunnel other than an oncoming train.

One such glimmer of light occurred on Monday night’s episode of CNN Tonight when CNN political analyst Scott Jennings absolutely blistered the Democrat Party–and the typical leftist panel–for defending the news that Visa, MasterCard, and American Express will begin tracking firearms purchases used with their credit card coding systems. As the only person with a lick of common sense on CNN, Jennings knows how Orwellian this plot is and proceeded to school his fellow panelists.

Former Bill Clinton apologist and predictable CNN contributor Paul Begala, who once called Ivanka and Jared Trump “cockroaches,” defended the 1984-ish decision by credit card companies acquiescent to the Democrat Party,  as reported by NewsBusters, because:

Corporate America responds to the market. And the market says they want this. Political markets are right now dysfunctional [because they have] the Supreme Court and the filibuster rule.

Huh? Show of hands— can anyone explain that ridiculous nonsense with even a shred of honesty, facts, data, or logic to back it up? And, “political markets”? Political marketing can be defined as “the process by which political candidates and ideas are directed at the voters in order to satisfy their political needs and thus gain their support for the candidate and ideas in question.” Political markets are dysfunctional, as Begala said — but not for the reason he said it was.

When the Democrat Party fails to get its way through the legislative process, executive overreach by a Democrat president, or as with the overturn of Roe v. Wade, the independent judiciary, it (pick one or more): cheats, ignores existing law, and/or attempts to change the rules. Two cases of the latter are calling for the dissolution of the Electoral College and packing the Supreme Court.

After Begala finished unknowingly embarrassing himself, Jennings took him to school, brilliantly, as transcribed by NewsBusters: “If Paul keeps saying out loud he’s not a socialist, they’re not going to let him into the next Democratic National Convention. That’s number one.”

Number two, here’s the deal. To me, this is the new left-wing way to get things done. The reason the government is not doing it is because the people who want this can’t convince the Congress to do it. [Since Democrats] can’t convince the Congress to pay off student debt, [they decide to] convince Joe Biden to break the law. You get mad about what the Supreme Court is or is [sic] going to do. Go riot out in front of their house.

This is the new way to do it. The politics of intimidation and bullying. And now they’ve bullied these credit card companies into doing this. And all we’re going to end up doing is fighting about what is a suspicious purchase and they’re going to end up inundating police precincts with thousands of pages of people like me who went to the gun range to shoot my .38 special.

On the other side of the aisle, Texas Sen. Ted Cruz filleted the Left with the precision of a surgeon.

Imagine the reaction from the Left if credit card companies started separately tracking purchases of blue hair dye, pink hats, subscriptions to the Atlantic, nipple rings, and donations to BLM.

And conservative multimedia journalist Logan Hall correctly asserted that “open collusion between Democrats and credit card companies” is responsible in part for “restricting gun rights,” and therefore the Democrats have “no reason to pass laws if financial institutions carry out your agenda for you.”

Along with major woke corporations like Disney, Nike, Apple, Amazon, Microsoft, Facebook, and a host of others, that is.

Joe Biden and the wokeified Democrat Party were unavailable for comment.

Collusion between the Democrat Party and wokeified corporations will continue as long as a majority of Americans continue to buy their products and services or tune in to their sycophantic surrender to the Left.

At the end of the proverbial day in corporate America, the bottom line is the bottom line. Money talks. Profits matter. That is unless corporations like CNN destroy credibility in the name of woke and all things Democrat Party.

A libertarian group filed a lawsuit on Tuesday challenging the legality of the Biden administration’s federal student loan forgiveness plan. The group … END_OF_DOCUMENT_TOKEN_TO_BE_REPLACED

When we last left Congressional representative Katie Porter (D-CA), RedState revealed that she benefited from lower-cost housing in the high-rent … END_OF_DOCUMENT_TOKEN_TO_BE_REPLACED

With a tempest bearing down on Florida Politico tries a pre-emptive hit on Governor DeSantis and drowns in failure. The press sometimes just cannot … END_OF_DOCUMENT_TOKEN_TO_BE_REPLACED

While normal people are watching the approach of Hurricane Ian towards Florida with dread, the national press seems downright excited that they might … END_OF_DOCUMENT_TOKEN_TO_BE_REPLACED

New York City has historically been the American city with the most gun control. Not only does state law hold there, but the city has its own brand of … END_OF_DOCUMENT_TOKEN_TO_BE_REPLACED

NASA successfully crashed a spacecraft into an asteroid Monday, in a demonstration of “the world’s … END_OF_DOCUMENT_TOKEN_TO_BE_REPLACED

Among the many anti-gun bills recently signed by California Gov. Gavin Newsom was a measure aimed at … END_OF_DOCUMENT_TOKEN_TO_BE_REPLACED

President Biden continues to look weak in front of world leaders. This is not only a bad look for … END_OF_DOCUMENT_TOKEN_TO_BE_REPLACED

In a court filing on Tuesday morning, the Pacific Legal Group filed the first lawsuit against the … END_OF_DOCUMENT_TOKEN_TO_BE_REPLACED