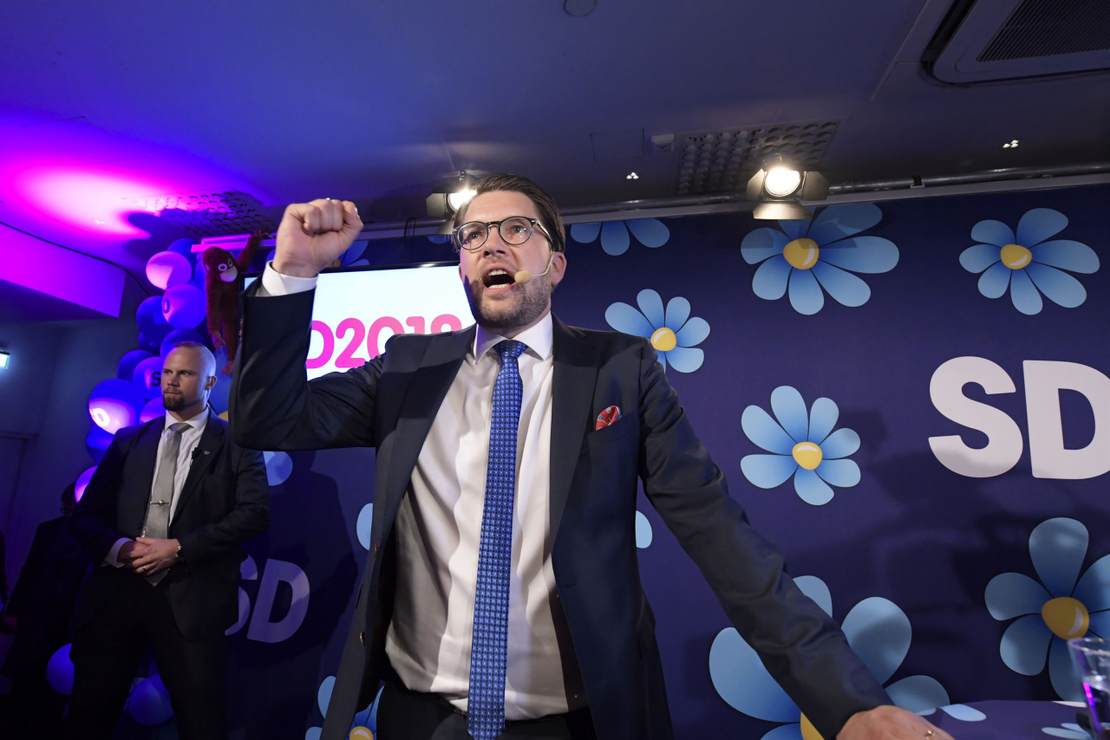 Thursday, Sweden’s prime minister, Magdalena Andersson, resigned in the wake of a disastrous election that saw her fragile leftwing bloc defeated by a center-right/populist coalition.

Sweden’s right-wing parties combined to win a remarkable, if slim, election victory on Wednesday, buoyed by surging support for a far-right nationalist party, the Sweden Democrats, an electoral convulsion expected to shake national politics and likely end eight years of rule by the center-left.

With over 99 percent of ballots counted, the Swedish Election Authority reported that the right-wing bloc had won 176 of the 349 seats in Parliament. The Swedish Social Democratic Party, the main party in the current governing coalition, grabbed the highest percentage votes as an individual party, but together with its allies, had secured 173 seats in Parliament, not enough to stay in power.

The most stunning development was support for the Sweden Democrats, once considered an extremist party, which emerged as the second-most popular party in the country. While the party’s support will be essential to the right-wing bloc maintaining its majority bloc in Parliament, it is unlikely to be a formal part of the new government.

During the election campaign, the bloc of right-wing parties agreed to support a government led by the center-right Moderate Party but not one led by the Sweden Democrats. That means the new government is expected to be led by Ulf Kristersson, head of the Moderates, who would become prime minister.

These are some key takeaways from this election.

Since 1932, Sweden’s Social Democrat party has held power for all but 15 years. It has gone from a political powerhouse to a party dependent upon a coalition of increasingly leftist parties to govern. Since 1994, it has lost about one-third of its voters, dropping from a 45% share to a 30%.

The New York Times frames the election this way:

During the election, the main issues for voters appeared to have been health care, immigration and integration, the energy crisis that has been prompted in large part by Russia’s invasion of Ukraine, and law and order — in particular, the increasing prevalence of gun crime in a country normally known for high living standards.

With inflation rising, Ms. Andersson, the outgoing prime minister and leader of the Swedish Social Democratic Party, had promised to increase welfare benefits, institute a tax on the highest earners, support those affected by rising energy prices and increase military spending. With those pledges, the party took 30.4 percent of the vote, more than any other single party but not enough to keep the center-left in power.

Inflation in Sweden is running at nearly 10%, and the promise of more free money couldn’t buy votes? That’s because the real issue on the ballot was untrammeled illegal immigration by people determined to import the same behaviors that made their home countries Third World sh**holes.

Grenade attacks are not uncommon.

If you also don’t like having grenades thrown at random in your city, maybe read about Sweden’s progressive adventures and change course lest you end up with them as well.

Neither are grenades and automatic weapons in combination.

The new government will not have an easy time of it. The new prime minister will be from a junior coalition partner, the Moderates. I suspect that is because the senior member, the Sweden Democrats, has already been labeled neo-Nazi and possibly Trumpist.

“Sweden is very much an activist and ideologically charged nation, and in part because we had such an idyllic 20th century, we thought we could afford it,” said Robert Dalsjo, director of studies at the Swedish Defense Research Agency. “So the popular discontent over globalization and migration and crime we saw in Trump took longer to leak itself through the protective structures of the establishment here.”

The Sweden Democrats have been gaining political ground and a form of respectability for some time now, much like other Nordic far-right populist parties, including the Danish People’s Party and Norway’s Progress Party. But the Sweden Democrats, founded in 1988 with roots in neo-Nazism, are probably closer to the parties of Marine Le Pen in France and Giorgia Meloni in Italy, whose Brothers of Italy has roots in Mussolini’s Fascist Party.

According to reports, there is conflict between the two main coalition members baked into the new government. The Moderates want to reduce social spending. The Sweden Democrats want to deport violent illegals.

Even though the revolution is happening slowly and is being fought tooth-and-nail by the globalist/World Economic Forum elites, it is happening. Populist and culturally conservative forces are merging in the face of an existential threat created by governments who loathed their own people and liked nothing more than cheap labor and a compliant base of bought voters. If this revolution is surfacing in Sweden, of all places, then the tidal wave is building that will sweep over Europe…and maybe America and Canada, too.

As we reported earlier, Joe Biden made a stunning comment during a meeting about hunger when he looked around the room for Rep. Jackie Walorski … END_OF_DOCUMENT_TOKEN_TO_BE_REPLACED

Rachel Vindman, who on Tuesday posted a tweet jokingly suggesting that people should refer to Hurricane Ian using "they/them pronouns" in a bid to … END_OF_DOCUMENT_TOKEN_TO_BE_REPLACED

As the Halloween season approaches, pumpkin prices are expected to increase due to inflation, drought, and higher production costs. The average price … END_OF_DOCUMENT_TOKEN_TO_BE_REPLACED

The ex-husband of a deceased woman was caught on video urinating on her grave, the woman's family … END_OF_DOCUMENT_TOKEN_TO_BE_REPLACED

In the past 17 years, Denver has launched six plans and invested millions of dollars into addressing … END_OF_DOCUMENT_TOKEN_TO_BE_REPLACED

I’ve noted before that I tend to be fairly pro-police. After all, I was raised by a police officer … END_OF_DOCUMENT_TOKEN_TO_BE_REPLACED

A manhunt is underway to apprehend 42-year-old Porfirio Duarte-Herrera, an illegal alien from … END_OF_DOCUMENT_TOKEN_TO_BE_REPLACED