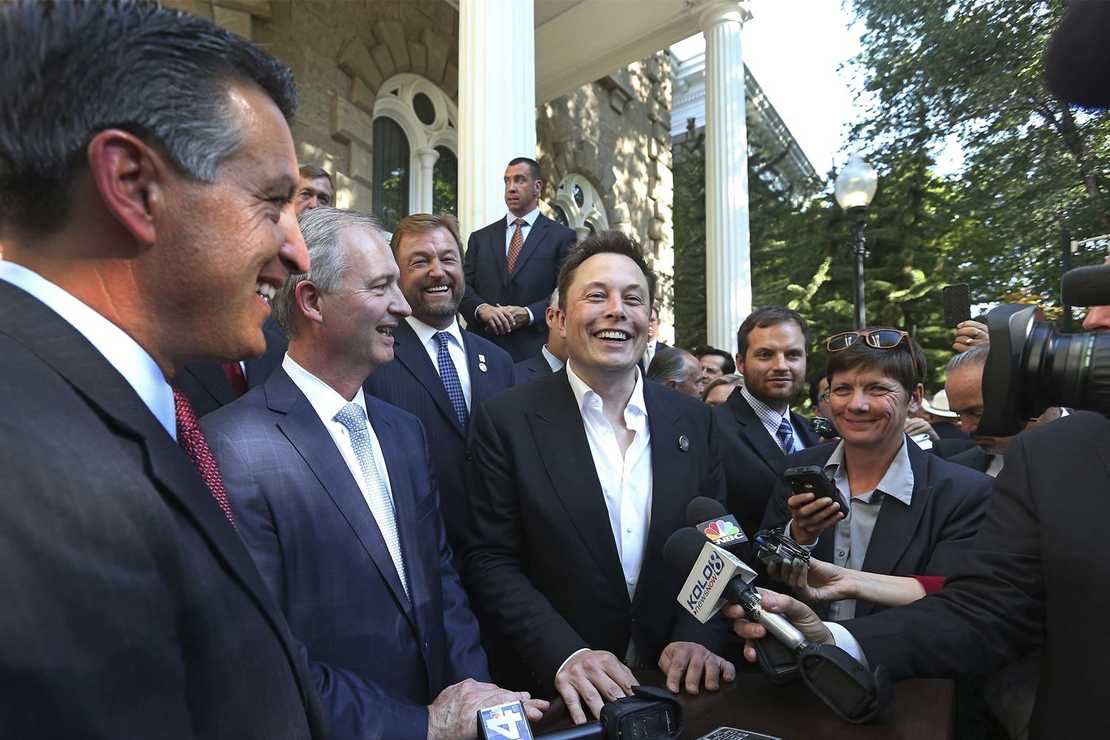 Tesla CEO and possible, future Twitter owner Elon Musk blasted the Biden Administration’s ties to unions in a new interview released Tuesday, saying “the general public is not aware of the degree to which unions control the Democratic Party.”  He spoke with the Tesla Owners Silicon Valley club and noted that neither of his two most prominent enterprises—Tesla and SpaceX—are unionized.

He further describes how Tesla was not invited to a White House electric vehicles event because of that fact. Of course, the powerful United Auto Workers Union (UAW) was invited. Musk said:

Last year, Biden held an EV summit where Tesla was explicitly not allowed to come, but the [United Auto Workers] was. So, Tesla has made two-thirds of all the electric vehicles in the United States.

So, deliberately excluding us from an EV summit at the White House—but including UAW—tells you everything you need to know.

They have so much power over the White House that they can exclude Tesla from an EV summit — insane.

The @UAW has so much power that it can get the White House to exclude Tesla from the EV Summit. @gm “lead” the EV revolution and yet they only produced 26 EVs while Tesla delivered 300,000… @elonmusk 🎥 @klwtts pic.twitter.com/MHB1LPNiXF

He has taken issue with the UAW in the past, once quipping that their motto should be, “Fighting for the right to embezzle money from autoworkers.”  Love him or not, he certainly is funny.

UAW slogan – “Fighting for the right to embezzle money from auto workers!”

Benzinga reports that Musk believes the UAW wants Tesla to unionize. “I don’t like the UAW,” he flatly declared, further charging that the union launched a smear campaign against Tesla because of its success.

The UAW is one of the most powerful and politically active unions in the US. From InluenceWatch:

The UAW was at the forefront of the American labor movement and used militant strikes and sit-downs to force American car manufacturers to enter into their first labor agreements during the 1930s and 1940s. Over the years, the UAW has lobbied for excessive labor handouts—at one point including a “jobs bank” that paid laid off autoworkers 95 percent of their salary. The UAW also fought for an $80 billion government-funded auto industry bailout that critics claimed was merely a thinly veiled bailout for the UAW.

The union uses this money to push a left-of-center agenda that includes traditional labor union prerogatives, such as replacing secret-ballot unionization elections with public “card check” and other liberal items including environmentalist manufacturing mandates, tax increases, legal status for millions of illegal immigrants, and laws to ease prison sentencing.

While Musk is specifically targeting the UAW in his comments, one can’t help but wonder what he thinks of other bullying unions that put their own interests above the nation’s—most notably, the teachers unions.

Musk has been in the news constantly these past few months, mostly for the ongoing saga of his attempt to purchase Twitter, but also for his recent firing of whiney SpaceX employees, his viral tweets, and his political endorsements. For those who (rightfully) feel that deep-pocketed unions hold entirely too much sway over both parties, but especially the Democrats, Musk’s latest broadsides will be music to their ears.

‘Zackly. What could possibly go wrong? Moreover, it’s not like some of us haven’t predicted it from the very beginning. TikTok, the popular … END_OF_DOCUMENT_TOKEN_TO_BE_REPLACED

The New York Times reports that police are seeking a 22-year-old white man in connection with the July 4 Highland Park attack. The individual is … END_OF_DOCUMENT_TOKEN_TO_BE_REPLACED

We’ve seen a lot of the left losing their minds over the Supreme Court’s decision to overturn Roe v. Wade while Democratic lawmakers have done all … END_OF_DOCUMENT_TOKEN_TO_BE_REPLACED

It’s difficult to be impressed by anything the Biden-Harris Administration is up to these days, but … END_OF_DOCUMENT_TOKEN_TO_BE_REPLACED

There are 91 U.S. military veterans in the 117th Congress: 17 serve in the Senate, 74 serve in the … END_OF_DOCUMENT_TOKEN_TO_BE_REPLACED

Happy Independence Day, Americans! On today’s podcast, I talk about one of the greatest recent … END_OF_DOCUMENT_TOKEN_TO_BE_REPLACED

Progressives accuse conservatives of single-handedly killing American democracy. And unless you are … END_OF_DOCUMENT_TOKEN_TO_BE_REPLACED