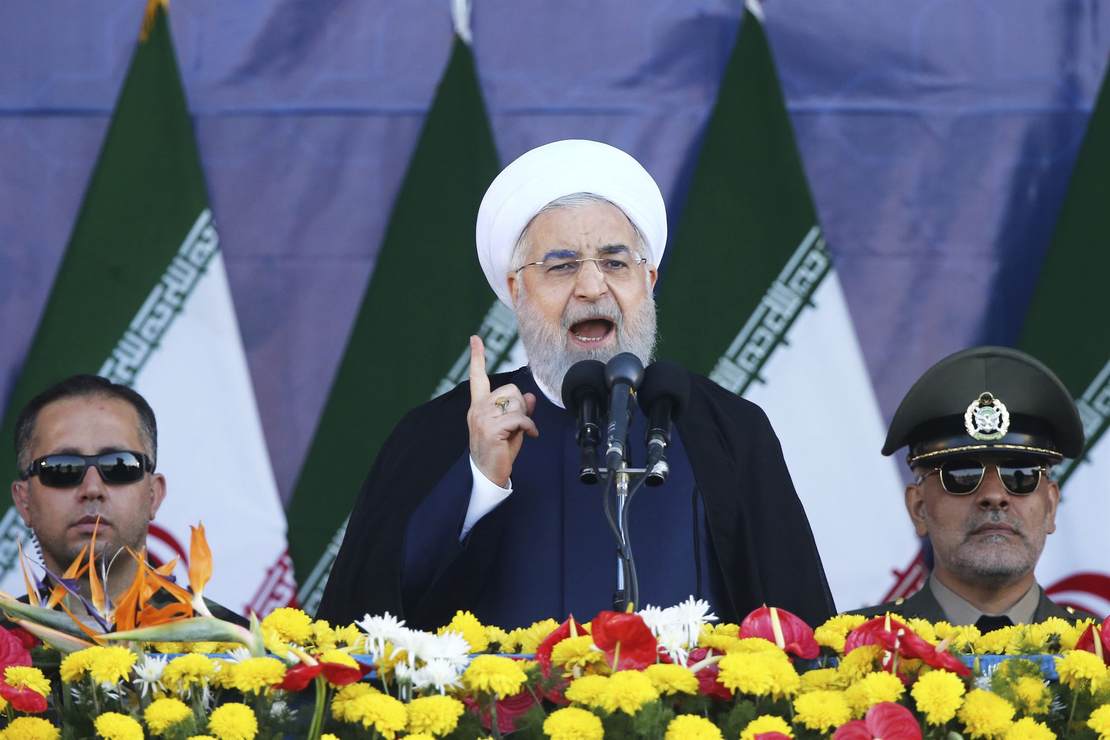 While the steady decline of Joe Biden’s mental acuity is evident as he mangles and mumbles his way through comments displayed on a screen in front of him is one thing, his dogged determination to rekindle an Obama nuclear deal with Tehran is quite another — a clear and present danger to the United States.

That clear and present danger is compounded by Iran’s continuing “malicious cyber activity” against U.S targets including public transportation systems, police departments, and even a cyber attack designed to disrupt services to sick patients at Boston Children’s Hospital. As reported by Just the News, FBI Director Christopher Wray called the attack “one of the most despicable cyber attacks I have ever seen.”

We got a report from one of our intelligence partners indicating Boston Children’s was about to be targeted, and understanding the urgency of the situation, the cyber squad in our Boston field office raced out to notify the hospital. Quick actions by everyone involved, especially at the hospital, protected both the network and the sick kids that depend on it.

So where’s Joe? What’s the Biden administration’s position on the continuing attacks by the Islamist ayatollahs in Tehran against “The Great Satan” — a metaphor for America used by the former Supreme Leader, Ayatollah Khomeini?

A dusting off of Barack Obama’s now-defunct failed nuclear deal with Iran, officially the Joint Comprehensive Plan of Action (JCPOA). Obama bribed the mad mullahs with billions in dollars in sanctions relief in exchange for agreeing to curb its nuclear program. How’d that all work out? Obama was unavailable for comment, no doubt writing his latest memoir about his latest “official” portrait.

Our bottom line contention is this: It is not too late to conclude a deal. And as we’ve consistently said, as long as we believe that a mutual return to compliance with the JCPOA would be in America’s national security interest, that is a diplomatic objective we will continue to pursue.

Every single challenge we face from Iran’s ballistic missile program to its support for proxies and terrorist groups, to its support for Russia in this case, to its malicious cyber programs — every single one of those challenges becomes all the more difficult if Iran has the perceived impunity that would come with a nuclear weapon.

That’s why President Biden is committed that Iran will never obtain a nuclear weapon. We continue to believe that a mutual return to compliance with the JCPOA is the most effective means by which to achieve that.

It’s as insane as it is naive. What rational person with a modicum of knowledge of the history of the Islamist militants in Iran and their unbridled hatred of America and all it stands for would believe a “mutual return to compliance” is possible with one of the most despotic regimes on earth — and continues malicious cyber activity against this country? Short of Joe Biden, that is. Wait. I said “rational.” Never mind.

Here’s more, via Just the News:

According to the advisory, victims of IRGC-affiliated hacking include a U.S. police department and an American regional transportation system, among several others.

In June, the FBI revealed that last year Iranian-backed hackers launched a cyber attack designed to disrupt services to sick patients at Boston Children’s Hospital. FBI Director Christopher Wray called the incident “one of the most despicable cyber attacks I have ever seen.”

The advisory came on the same day that the Treasury Department sanctioned 10 individuals and two entities affiliated with the IRGC for their roles in conducting “malicious cyber activity” and the Justice Department indicted three Iranian nationals for cyber attacks against several targets inside the U.S., including multiple power companies and a New Jersey township.

Yet, DOJ Assistant Attorney General Matthew Olsen said in a statement that Tehran “fails to follow international norms” and “has created a safe haven where cyber criminals acting for personal gain flourish and defendants like these are able to hack and extort victims, including critical infrastructure providers.”

Incidentally, it’s not just cyber attacks. As we reported in early August, the Islamic Revolutionary Guard Corp (IRGC) state media posted on social media that they now have the ability to mount nuclear warheads on ICBMs that can “turn New York into hellish ruins,” along with a video titled, “When Will Iran’s Sleeping Nuclear Warheads Awaken.”

Meanwhile, Joe? What does he “think” about the whole thing?

Joe Biden says his willingness to restart the Iran Deal “doesn’t have anything to do with” whether Iran keeps trying to kill Americans.

Joe Biden says his willingness to restart the Iran Deal “doesn’t have anything to do with” whether Iran keeps trying to kill Americans. pic.twitter.com/WPukaJBgC9

Then-President Trump in May 2018 decertified the Obama JPOA and slapped new sanctions on Iran.

Why you don’t suppose TDS-riddled Biden just wants to stick it to Trump and score a few points with the old boss, do you? Nah, not even Biden’s that stupid. Wait.

As we reported earlier, Joe Biden made a stunning comment during a meeting about hunger when he looked around the room for Rep. Jackie Walorski … END_OF_DOCUMENT_TOKEN_TO_BE_REPLACED

Rachel Vindman, who on Tuesday posted a tweet jokingly suggesting that people should refer to Hurricane Ian using "they/them pronouns" in a bid to … END_OF_DOCUMENT_TOKEN_TO_BE_REPLACED

As the Halloween season approaches, pumpkin prices are expected to increase due to inflation, drought, and higher production costs. The average price … END_OF_DOCUMENT_TOKEN_TO_BE_REPLACED

The ex-husband of a deceased woman was caught on video urinating on her grave, the woman's family … END_OF_DOCUMENT_TOKEN_TO_BE_REPLACED

In the past 17 years, Denver has launched six plans and invested millions of dollars into addressing … END_OF_DOCUMENT_TOKEN_TO_BE_REPLACED

I’ve noted before that I tend to be fairly pro-police. After all, I was raised by a police officer … END_OF_DOCUMENT_TOKEN_TO_BE_REPLACED

A manhunt is underway to apprehend 42-year-old Porfirio Duarte-Herrera, an illegal alien from … END_OF_DOCUMENT_TOKEN_TO_BE_REPLACED