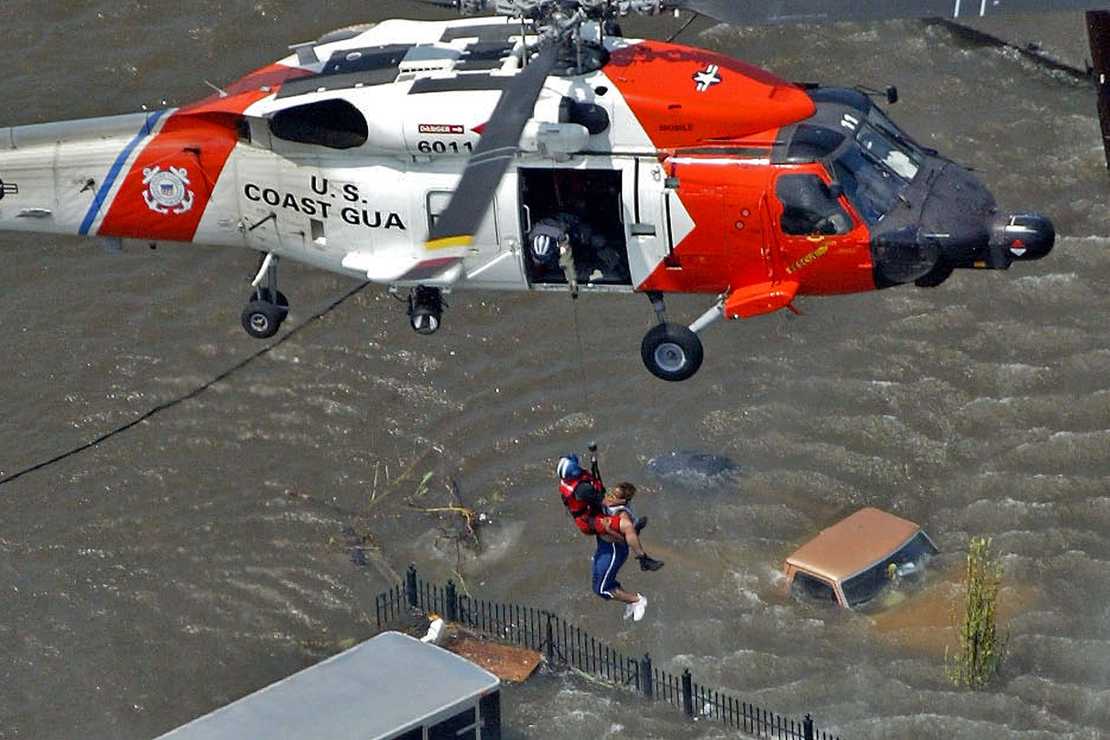 A story about the response to Hurricane Ian shows the utter insanity of Joe Biden’s policies when it comes to the COVID vaccine.

There have been a lot of heroic actions by first responders in the effort to help people affected by the hurricane.

Loesch was working alongside Lieutenant Commander Christopher Hooper in his rescue.

The statement thanked the pair ‘for the heroic work that they and their Coast Guard colleagues have performed during search and rescue operations in response to Hurricane Ian.’

The release continued: ‘The President thanked them for saving lives and asked for a report on the work that continues to rescue Floridians.’

‘He also asked if they needed any additional support that he can provide to accelerate successful rescues; they indicated they have gotten what they need to execute their vital mission,’ the statement concluded.

Biden even spoke to him on the phone and thanked him. Here was that call.

Zach Loesch is an American hero saving lives in Florida and the Biden Administration is kicking him out of the Coast Guard for refusing the jab.

Yet Loesch — who Biden just praised for saving lives — is about to get tossed out on his ear because he’s one of more than 2,000 members of the Coast Guard that Biden is going to kick out of the military for being unvaccinated. Some “support” from Joe Biden; he’s about to stop him from doing what Loesch can do to save Americans.

Loesch said he was about to be booted, and he made a great point after the call with Biden, “If I had asked any of the people I saved yesterday if they wanted to come with me even though I am unvaccinated, every single one of them would have said “yes.”

Loesch is claiming a religious exemption, which hasn’t been granted.

In [sic] his phone call with Biden, Loesch said that he did not feel it was appropriate to bring up his impending dismissal.

He said: ‘It just sucks that he thanked me yet the vaccine mandate is what’s kicking me out.’

During the rescue, Loesch saved a disabled woman and her husband from a bedroom in their home that they had become trapped in. The rescue swimmer was forced to kick in a wall in order to get to the couple.

From there, Loesch said that he strapped the woman and her wheelchair to his body and hoisted her to a waiting helicopter. In addition, he saved the lives of several pets in the area.

How classy is this guy? His career is on the line, but he was still thinking it wasn’t appropriate to bring it up when the focus should be on the hurricane. What he did in the process of the rescue of the woman and her wheelchair was phenomenal. But that’s the kind of guy that Biden is showing the door. This, despite Biden himself claiming that the “pandemic is over.” If the pandemic is over, then why is he going through with his vaccine order, which was already wrong? He doesn’t care about the harm he does–not only to those members of the military, but our country–when we lose people like this.

Kanye West said Thursday on FNC’s “Tucker Carlson Tonight” that he liked Donald Trump. West said, “It was wild that I didn’t know how close my … END_OF_DOCUMENT_TOKEN_TO_BE_REPLACED

Drag queen "Lil Miss Hot Mess" is accusing Republican Sen. Marco Rubio of "bigotry" after the lawmaker from Florida called out the radical left in a … END_OF_DOCUMENT_TOKEN_TO_BE_REPLACED

Google is celebrating the news that Velma, one of the main characters from the widely-beloved world … END_OF_DOCUMENT_TOKEN_TO_BE_REPLACED

While I didn’t think it possible, the Democrats have found one more way to degrade and demean … END_OF_DOCUMENT_TOKEN_TO_BE_REPLACED

Ah, Joe Biden. He’s a continuing font of gaffes. A lot of the time, he seems to have no idea what he … END_OF_DOCUMENT_TOKEN_TO_BE_REPLACED