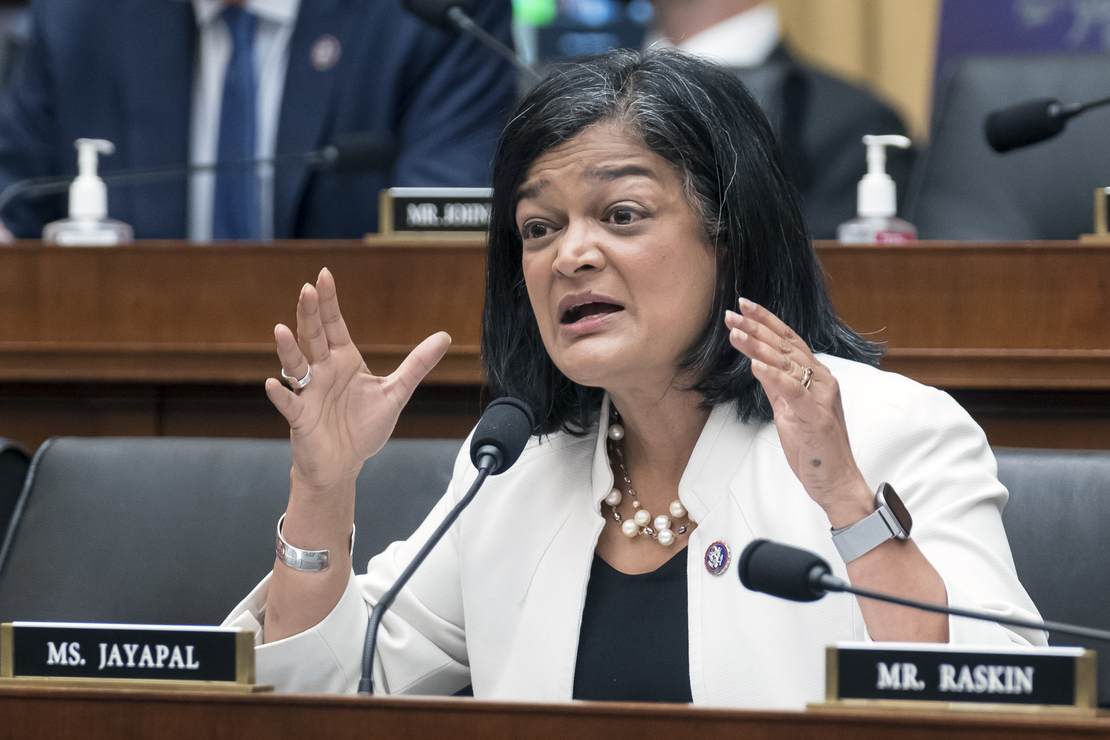 Though they went on to change what they wrote to read “It has been 18 years since terrorists commandeered airplanes and the twin towers of the World Trade Center were brought down,” the controversy was reminiscent of disgusting remarks Rep. Ilhan Omar (D-Minn.) made during an April CAIR event that same year where she claimed “some people did something,” a reference to the Islamofascist terrorists who took over the commercial airplanes and flew them into buildings, killing thousands of innocent people.

For those who missed Omar’s comments, watch:

As a progressive immigrant from a music country who has seen the impact of the political Islam first hand, I must say I find @Ilhan “some people did something” appalling. #September11 pic.twitter.com/sljoOogjdG

Three years later, another woke Congresswoman is in the hot seat after posting her own despicable version of Ilhan Omar’s quote in a now-deleted remembrance tweet posted on Sunday.

“Today we remember the 2,996 people who were killed on 9/11 and all those who lost their lives while serving our country in the forever wars that followed,” Rep. Pramila Jayapal (D-Wash.) tweeted along with a picture of the twin towers.

Here’s a screengrab of what she wrote before she took it down (archived link here):

A tweet by Rep. Jayapal appears to commemorate the 19 hijackers of 9-11, and those who died on that day fateful day 21 years ago. She needs to explain herself 🤔 pic.twitter.com/TQMLjTBzQL

In place of her deleted tweet was a mini-thread she wrote bragging about how 9/11 was “when my path into activism and organizing truly began.”

A look into the edit history of the post that went up on her Facebook page on Sunday initially included the 2,996 number before it was changed to 2,977.

As of this writing, Jayapal has provided no explanation for why she included the 19 hijackers in her death toll from 9/11, but considering Jayapal’s history of being an apologist for terrorists it doesn’t take a rocket scientist to figure out that the most likely explanation is that she was trying to “honor” their “sacrifice” along with the lives of the 2,977 innocent people they murdered that day.

The amount of moral depravity it takes for a member of the United States Congress to actually express sympathy towards the 9/11 attackers cannot even be put into words. This is not normal behavior, nor is there any rational excuse for what she wrote. It’s just sick, and no amount of backtracking on Jayapal’s part could ever change that, so she shouldn’t even bother providing an explanation unless it’s one that includes the unvarnished “truth” as she sees it instead of insulting our intelligence by pretending she innocently misread the numbers.

Because we know better than that.

Related: The Real Extremists Reveal Themselves

The state of Washington used to be fairly pro-gun. Unfortunately, in recent years, the state has started leaning more and more toward the anti-gun side of things. They’ve enacted a number of gun control proposals, all predicated on the idea that gun control will make their state safer.

Yet David Workman, writing at Ammoland, notes that a recent report shows that to be quite wrong.

In the midst of a continuing pattern of rising crime in Washington State, a new report released by the Washington Association of Sheriffs and Police Chiefs (WASPC) does two things, one of them completely unintentional.

The report says there were 325 murders last year in the state, “an increase of 5.9 percent since 2020.” It is the highest number of murders recorded since WASPC began collecting data in 1980.

What the data also demonstrates is that restrictive gun control initiatives pushed through by a billionaire-backed gun prohibition lobbying group based in Seattle have failed to make communities safer, essentially putting the lie to any promises or predictions made by their proponents.

That’s even more homicides than the annual FBI Uniform Crime Report listed for 2020, the most recent year for which FBI data is available. The Crime Report is released in late September each year. For 2020, the FBI listed 298 homicides, of which 177 were committed with firearms. That was up from the 209 murders, including 141 involving guns, posted in the 2015 Crime Report.

The new WASPC report “compiles data from 232 state, county, municipal and tribal agencies,” according to KOMO News. It “is designed to give residents information on what is happening in their communities. It covers a wide variety of crime, an issue people living in Seattle say is getting out of hand.”

Now, keep in mind that they’ve passed all this gun control that was explicitly said to be necessary to stop this kind of thing.

Of course, we all knew it wouldn’t. Gun control doesn’t really impact the criminals. They’re already skirting gun control laws. New laws don’t really have much of an impact on them because of that.

Yet they do impact the law-abiding people of Washington state. These laws keep them from being able to exercise their Second Amendment rights to the fullest.

This report illustrates just how completely gun control failed in the Evergreen State. So-called gun violence is soaring even while new gun control measures keep being implemented. While correlation doesn’t necessarily equal causation, the lack of a corollary suggests that such anti-Second Amendment measures aren’t anything like what proponents claim.

That said, don’t expect Washington to repeal any of them anytime soon. Right now, they’re deep in the anti-gun Kool-Aid. They’re going to stay there until something changes, and I don’t see that happening anytime soon, either.

Which is a shame, because Washington sure looks like a lovely state, but as it stands, I’m not sure I’d even want to visit under the current climate.

I mean, it seems pretty dangerous with all those criminals ignoring the state’s precious gun control laws.

A libertarian group filed a lawsuit on Tuesday challenging the legality of the Biden administration’s federal student loan forgiveness plan. The group … END_OF_DOCUMENT_TOKEN_TO_BE_REPLACED

When we last left Congressional representative Katie Porter (D-CA), RedState revealed that she benefited from lower-cost housing in the high-rent … END_OF_DOCUMENT_TOKEN_TO_BE_REPLACED

With a tempest bearing down on Florida Politico tries a pre-emptive hit on Governor DeSantis and drowns in failure. The press sometimes just cannot … END_OF_DOCUMENT_TOKEN_TO_BE_REPLACED

While normal people are watching the approach of Hurricane Ian towards Florida with dread, the national press seems downright excited that they might … END_OF_DOCUMENT_TOKEN_TO_BE_REPLACED

New York City has historically been the American city with the most gun control. Not only does state law hold there, but the city has its own brand of … END_OF_DOCUMENT_TOKEN_TO_BE_REPLACED

NASA successfully crashed a spacecraft into an asteroid Monday, in a demonstration of “the world’s … END_OF_DOCUMENT_TOKEN_TO_BE_REPLACED

Among the many anti-gun bills recently signed by California Gov. Gavin Newsom was a measure aimed at … END_OF_DOCUMENT_TOKEN_TO_BE_REPLACED

President Biden continues to look weak in front of world leaders. This is not only a bad look for … END_OF_DOCUMENT_TOKEN_TO_BE_REPLACED

In a court filing on Tuesday morning, the Pacific Legal Group filed the first lawsuit against the … END_OF_DOCUMENT_TOKEN_TO_BE_REPLACED