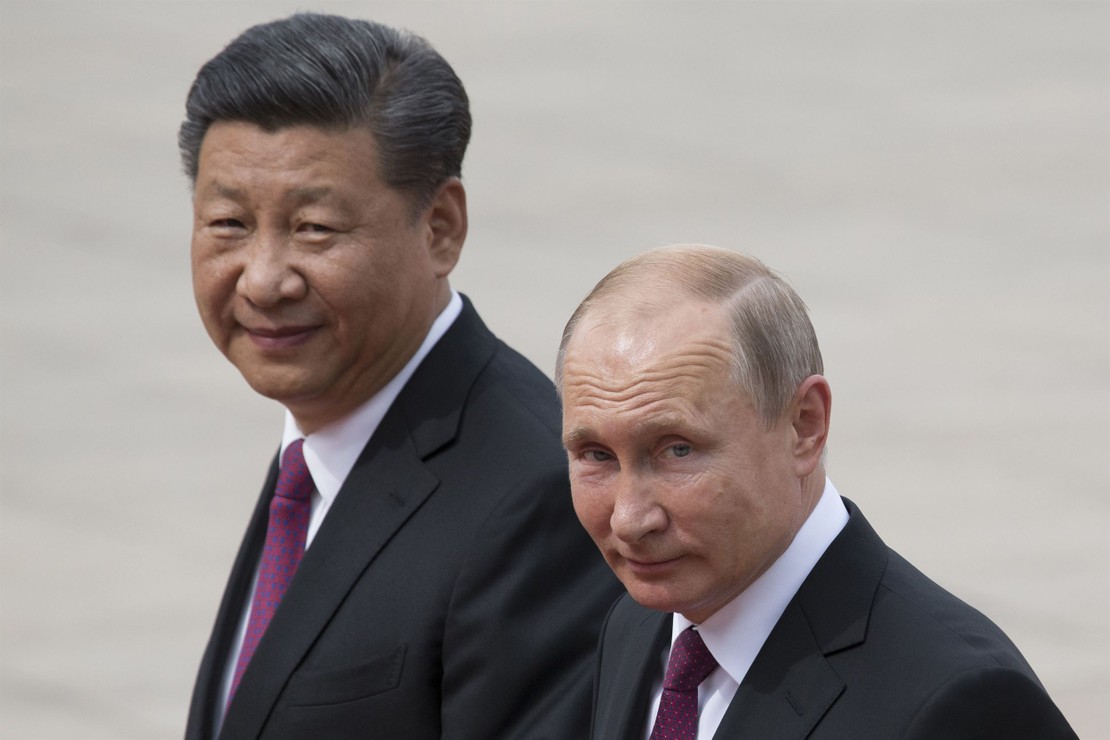 Days after suffering embarrassing setbacks in the war in Ukraine, Russian President Vladimir Putin met with Chinese leader Xi Jinping Thursday at a regional summit in Uzbekistan, and although they tried to put on a united front, cracks are clearly starting to develop in the relationship between America’s two most prominent global adversaries. Said Putin in his opening speech:

We highly appreciate the balanced position of our Chinese friends in connection with the Ukrainian crisis. We understand your questions and concerns in this regard. During today’s meeting, of course, we will explain in detail our position on this issue, although we have spoken about this before.

Hmm, “questions and concerns.” Do tell.

This is remarkable. Xi is not supporting Putin. No weapons, no ammo, no chips, no real words of solidarity. Just a willingness to buy Russian energy at very discounted prices. https://t.co/dk7fZcgL5l

Xi meanwhile pointedly praised Russia’s acknowledgment of the “One China” policy, implicitly rebuking the U.S. as we have been strong supporters of Taiwan over the years. Xi said he appreciated “Russia’s adherence to the one-China principle and stressed that Taiwan is a part of China.”

The White House tried to downplay the meeting between the two authoritarian leaders. National Security Council coordinator for strategic communications John Kirby responded, according to CNN:

Our message to China, I think, been consistent: that this is not the time for any kind of business as usual with Mr. Putin, given what he’s done inside Ukraine. This is not the time to be isolated from the rest of the international community, which has largely condemned what he’s doing in Ukraine and not only condemned it, but stepped up to help the Ukrainians defend themselves and their territorial integrity.

He further described how Putin is in a weakened position right now:

…[Putin is] very much under strain and stress. In Ukraine, his army is not doing well, and I think it certainly behooves the Kremlin to want to cozy up to Beijing with respect to what’s going on there.

🇺🇸🇨🇳🇷🇺🇺🇦White House Strategic Communications Coordinator John Kirby decided to teach Xi Jinping what to say: Our message to China, I think, was quite consistent: now is not the time to conduct any business with Mr. Putin pic.twitter.com/WO8Vzvj5LW

Although the Russian and Chinese navies conducted joint patrols in a show of unity before the meeting, Xi wasn’t exactly acting the cheerleader for Vlad, as the New York Times reported Thursday:

And his Chinese counterpart, Xi Jinping — in his first face-to-face meeting with Mr. Putin since the invasion began — struck a far more subdued tone than the Russian president, and steered clear in his public comments of any mention of Ukraine at all.

Taken together, the remarks were a stark sign that Russia lacks the full backing of its most powerful international partner as it tries to recover from a humiliating rout in northeastern Ukraine last week.
(Emphasis mine.)

The Times continues, noting that Xi “carefully avoided offering any endorsement of specific Russian policies, instead offering generalities about China’s and Russia’s view of the world.”

Remember, it wasn’t that long ago when the two nations issued a joint statement at the Opening Ceremony of the Olympics in February declaring that their friendship had “no limits.” It certainly seems as if there are limits now.

Here’s a fascinating take from author John Sweeney, who penned the anti-Putin best-seller Killer in the Kremlin. Watch the full two minutes:

Here are his most salient points:

Be it noted that Putin has said to the Chinese that he’s going to “address their concerns” about the crisis in Ukraine. “Address their concerns, folks.” Decoded, this means that China is hopping mad with Putin. Fine, you know, knock over a democracy in a couple of days, great, terrific, we’re up for that. But we’re not up for a long war because China needs European and American and British customers. It really, really does…

Something else very significant is happening. The Chinese are not re-arming, re-supplying the Russian killing machine because they’re afraid of Western sanctions…

Remember, we are stronger than we think we are. [Emphasis mine.]

There’s been a clear power shift here as the Russian army has largely failed in its quest to annex Ukraine. Xi holds all the cards, and he knows it. The way the world is going, Xi and Biden will be left as the two top power players in the world. Yikes.

Read: RedState’s streiff explains what’s happening on the ground in the Ukraine war.

It almost reads like a headline from the satire site, The Babylon Bee, huh? With nearly 2.5 million — and counting — Border Patrol encounters with … END_OF_DOCUMENT_TOKEN_TO_BE_REPLACED

Seventy-three companies in Britain are halfway through a six-month trial in which employees get a paid day off weekly. Instead of the standard 40-hour … END_OF_DOCUMENT_TOKEN_TO_BE_REPLACED

Some of the lines from the familiar, seventh-inning stretch tune, “Take Me Out To The Ballgame” hit me a little differently on Friday night, at the … END_OF_DOCUMENT_TOKEN_TO_BE_REPLACED

All Joe Biden and his team had to do for the economy was nothing. Allow the people to go back to … END_OF_DOCUMENT_TOKEN_TO_BE_REPLACED

Despite his publicity stunts to draw attention to his presidential run, and preening about … END_OF_DOCUMENT_TOKEN_TO_BE_REPLACED