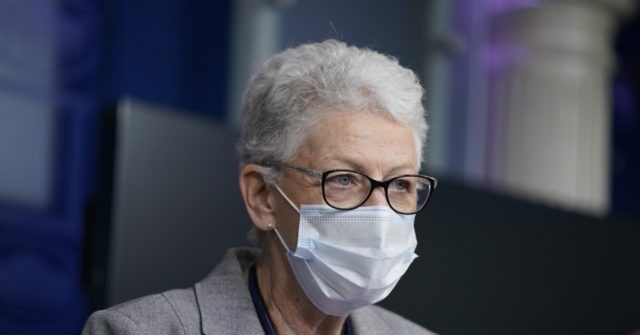 On Thursday’s broadcast of CNN’s “The Lead,” White House national climate advisor Gina McCarthy said that the Supreme Court didn’t bar the EPA from pursuing President Biden’s climate goals and vowed, “we will see the transition to clean energy, regardless of the Supreme Court.” And that “We’re going to keep moving forward, even though the Supreme Court would like to look backwards and hold us back.”

McCarthy said the decision “did limit the ability of the EPA to use one section of the Clean Air Act in a way they had used to tackle the climate crisis. But it did not prevent them from acting in a regulatory way. And this president is fully committed to moving forward to tackle the climate crisis, and he’s using bold steps throughout the whole of government in order to get that done. And so, we will see the transition to clean energy, regardless of the Supreme Court.”

She later added that the ruling “took away one small authority we had, and it sent some signals about what the Supreme Court might do in the future. But right now, we have full authority to get and move forward and achieve the president’s goals. Look, the private sector isn’t sitting around, twiddling its thumbs, worried about one provision in the Clean Air Act. It’s worried about moving forward to capture the clean energy market of today. … So, we’re not giving up. We’re actually going to double down. And we know that we have the legal authority. And frankly, we have the mandate of the people in the United States and across the world who want to address this challenge of climate change and do it in a way that makes positive improvements in our lives. This is about protecting public health. This is about advancing our interests of our families and our workers. We’re going to keep moving forward, even though the Supreme Court would like to look backwards and hold us back.” 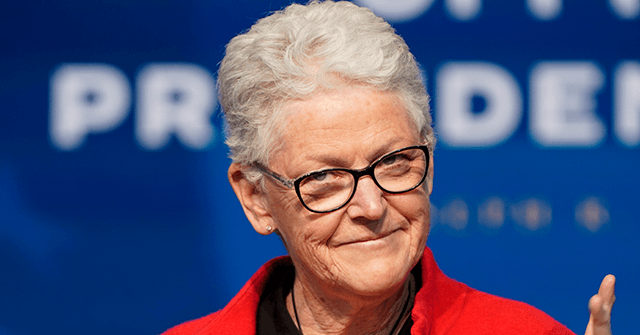 On Thursday’s broadcast of CNN’s “The Lead,” White House national climate adviser Gina McCarthy responded to a question on why the EPA can’t just go to Congress and get them to pass a law granting them the statutory authority the Supreme Court ruled that it currently lacks by stating that the decision is “limited” but “sent a signal that the Supreme Court is interested, continually, in going backwards instead of forwards.”

McCarthy responded, “Well, the decision itself that Justice Roberts wrote doesn’t take away the statutory authority for EPA to move forward to regulate greenhouse gases. It was a very limited decision. But it did send a signal, and it sent a signal that the Supreme Court is interested, continually, in going backwards instead of forwards. Look, Jake, the private sector is all in on this transition to clean energy, because it makes them money. And we’re interested in it because it creates jobs, it lowers costs for families who are trying to struggle with the energy costs today. And we know we can get this done, and we’re succeeding, which is why this decision actually happened.”

Welcome back. Let’s do a roundup of what the situation looks like 128 days into Vladimir Putin’s 72-hour Special Military Operation against … END_OF_DOCUMENT_TOKEN_TO_BE_REPLACED

Does Joe Biden care about struggling Americans who are watching their paychecks disappear at the pump? On CNN, such a question was put to Biden … END_OF_DOCUMENT_TOKEN_TO_BE_REPLACED

With the overturning of Roe v. Wade and the nuking of the non-existent “constitutional right” to … END_OF_DOCUMENT_TOKEN_TO_BE_REPLACED

In our modern era, everything is political. Case in point: the Bank of Scotland’s Halifax bank. … END_OF_DOCUMENT_TOKEN_TO_BE_REPLACED