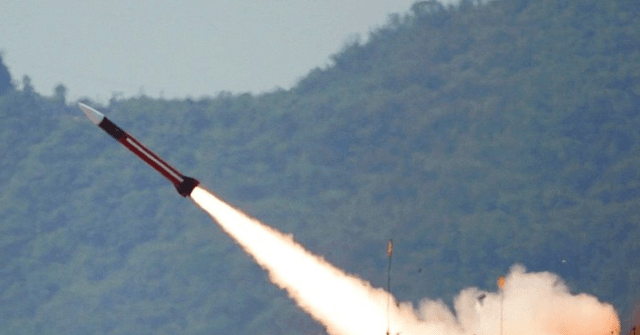 The United States has approved a $3.05 billion sale of Patriot missiles to Saudi Arabia in the wake of President Joe Biden’s visit to the country.

The 300 Patriot missiles, officially known as GEM-T, were previously requested by Saudi Arabia and will be subject to congressional approval on top of negotiations with contractors, according to Bloomberg. Included in the sales package will be tools, test equipment, spare parts, and logistics support for the tactical ballistic missiles.

“The US also announced the potential sale to the United Arab Emirates of additional Terminal High Altitude Area Defense, or THAAD, system missiles, THAAD fire control and communication stations, and related equipment for an estimated cost of $2.25 billion,” the outlet noted.

In a statement announcing the sale to Saudi Arabia, the U.S. State Department said the missiles will be useful in the kingdom’s defense “against persistent Houthi cross-border unmanned aerial system and ballistic missile attacks on civilian sites and critical infrastructure.”

“These attacks threaten the well-being of Saudi, international and US citizens (approximately 70,000) residing in the Kingdom,” the statement asserted.

Prior to his visit to Saudi Arabia, President Joe Biden pledged that he would turn the kingdom into a pariah state due to the murder of Jamal Khashoggi. The president’s stance was strangely illustrated when he greeted  Saudi Crown Prince Mohammed bin Salman with an awkward fist bump instead of a handshake.

Fred Ryan, publisher of the Washington Post, called the moment a “shameful” attempt to project a “level of intimacy and comfort that delivers to [the prince] the unwarranted redemption he has been desperately seeking.”

“Is this the accountability you promised for [Khashoggi’s] murder? The blood of MBS’s next victim is on your hands,” tweeted Khashoggi’s former fiancée, Hatice Cengiz.

The president’s visit with the crown prince did not end as he had hoped, with the kingdom making no firm commitment to increase oil production as gas prices soar in the wake of Russia’s invasion of Ukraine.

The Senate on Sunday passed the $700 billion Inflation Reduction Act, a scaled-down version of the Build Back Better Act. The Senate voted to pass … END_OF_DOCUMENT_TOKEN_TO_BE_REPLACED

Randi Weingarten, president of the American Federation of Teachers, one of the most powerful labor unions in the country, accused Sen. Marco Rubio … END_OF_DOCUMENT_TOKEN_TO_BE_REPLACED

As Democrats from Capitol Hill to California have ignored — if not cheered on — the Biden Border Crisis™ from Day One, it’s been a “slightly” … END_OF_DOCUMENT_TOKEN_TO_BE_REPLACED

On this week’s broadcast of FNC’s “Fox News Sunday,” former ambassador to the United Nations … END_OF_DOCUMENT_TOKEN_TO_BE_REPLACED

Friday, a Texas jury returned a whopping judgment of $42.5 million in punitive damages against … END_OF_DOCUMENT_TOKEN_TO_BE_REPLACED