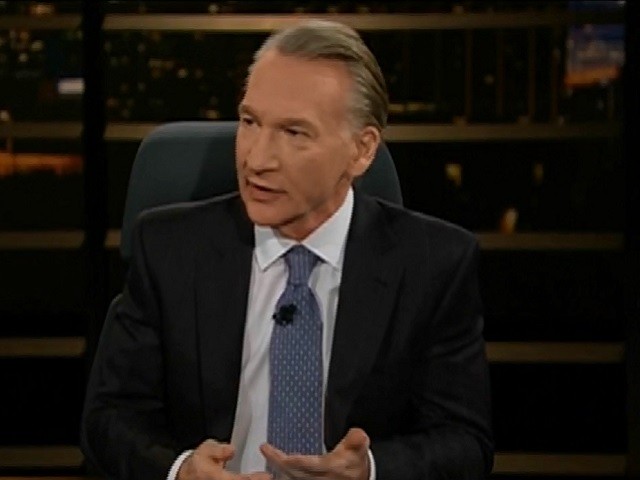 On Friday’s broadcast of HBO’s “Real Time,” host Bill Maher reacted to California Gov. Gavin Newsom’s (D) recent ad campaign in Florida arguing that California is more in favor of freedom than Florida is by saying that while Republicans are “taking away” people’s freedom on abortion, and that makes it “kind of a new ball game” on the issue of freedom, Republicans can point to coronavirus restrictions and stated that he hasn’t always felt free in California while he has “felt freer in Florida.”

Maher began by stating, “I feel like Florida and California crystalize the two sides of America. And man, it’s so interesting, Republicans, freedom was always their brand. But now, abortion rights, taking away of freedom, it’s kind of a new ball game with that.”

After reading from Newsom’s ad, Maher said, “So, I guess my question is, who’s got the freedom fight now? Because I could see the Republicans saying, well, we stand up for your right to have your guns, we don’t [support] COVID bullshit mandates, you have your freedom to be free. I certainly don’t always feel free in this state, I must say. And I have felt freer in Florida.”

California Gov. Gavin Newsom, a Democrat, is calling for the film and television industry to do business in California, and claiming that the state is a bastion of freedom.

“You can protect your workers, or continue to support anti-abortion states that rule with hatred. We’re here for you. We’re extending tax credits for those that come home to the Golden State. Choose freedom. Choose CA,” Newsom tweeted on Wednesday.


u201cToday, Hollywood will wake up to this ad.nnTime to choose.nnYou can protect your workers, or continue to support anti-abortion states that rule with hatred.nnWeu2019re here for you. Weu2019re extending tax credits for those that come home to the Golden State.nnChoose freedom.nChoose CA.u201d

The governor, who survived a recall election last year, is currently seeking another term during the state’s 2022 gubernatorial election.

“Over the past several years, the legislatures of states like Georgia and Oklahoma have waged a cruel assault on essential rights,” the text of a Newsom campaign ad declares. “Today more than ever, you have a responsibility to take stock of your values—and those of your employees—when doing business in those states.”

“California is a freedom state: Freedom to tell your stories. Freedom to access the health services you need, including abortion care. Freedom to love who you love and to ensure that your LGBTQ friends, family and colleagues can proudly be who they are. Freedom from repressive state governments that want to tell you what to believe and threaten you with felonies if you don’t toe their line,” Newsom’s ad reads. “So to those in power to make decisions about where to film, where to hire, where to open new offices, we in California say: Walk the walk.”

Newsom is backing a bill that “would invest $1.65 billion in the state’s Film & Television Tax Credit Program to extend it for an additional five years, through 2030,” according to a press release.

“As other states roll back people’s rights, California will continue to protect fundamental freedoms for all and welcome businesses that stand up for their employees” Newsom said, according to the release. “Extending this program will help ensure California’s world-renowned entertainment industry continues to drive economic growth with good jobs and a diverse, inclusive workforce.” 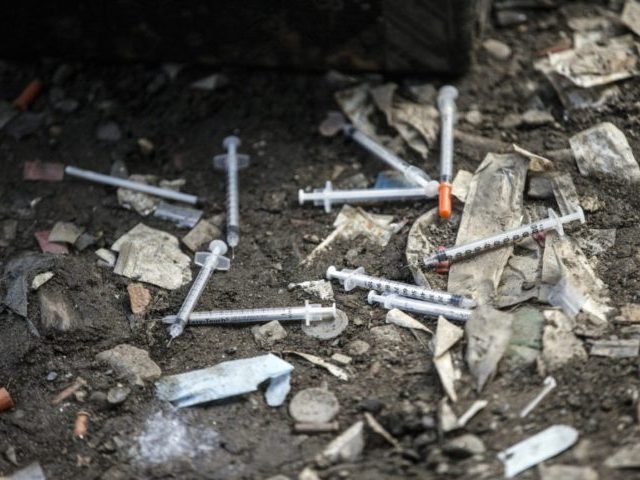 Democrats in the California State Legislature passed a bill Tuesday to allow the expansion of “safe” drug use sites in major cities, despite the well-publicized failure of one such site in San Francisco’s notorious Tenderloin district in recent months.

The bill, SB 57, describes its purpose as follows:

This bill would, until January 1, 2028, authorize the City and County of San Francisco, the County of Los Angeles, the City of Los Angeles, and the City of Oakland to approve entities to operate overdose prevention programs for persons that satisfy specified requirements, including, among other things, providing a hygienic space supervised by trained staff where people who use drugs can consume preobtained drugs, providing sterile consumption supplies, providing access or referrals to substance use disorder treatment, and that program staff be authorized and trained to provide emergency administration of an opioid antagonist, as defined by existing law. … The bill would exempt a person from, among other things, civil liability, professional discipline, or existing criminal sanctions, solely for good faith actions, conduct, or omissions in compliance with an overdose prevention program authorized by the city or the city and county. The bill would clarify that the Medical Board of California or the Osteopathic Medical Board of California is authorized to take disciplinary action against a licensee related to the operation of an overdose prevention program that violates the Medical Practice Act.

The days of giving dealers a free pass to flood the streets with fentanyl are over, Jenkins told reporters gathered in the Tenderloin Tuesday.

Jenkins met with Tenderloin residents and business owners to hear their concerns about public safety first-hand. “I committed to them just like I did the entire city to making sure that we end these open-air drug markets. That we clear these streets. So that kids and people who live here can go about their daily lives without being scared, and without thinking that this is normal,” she said.

As the UK Daily Mail reported Wednesday, one supposedly safe drug use site, the Tenderloin Linkage Center in San Francisco, “was billed as an avant-garde approach to tackling the city’s drug epidemic but only one out of 1,000 addicts actually sought treatment there.” The city is shutting it down amid concerns it had made the neighborhood’s problems worse.

Gov. Gavin Newsom (D) has 12 days to decide whether to sign the bill or to veto it, pending a legislative override vote.

BlazeTV’s Dave Rubin, host of “The Rubin Report,” is going off the grid for his annual digital detox: no phone, no internet, no news, no social media for the entire month of August. But before he left, he was forced to watch the top 10 most gloriously idiotic leftist moments of the year to remind him of what he’ll be missing all month. With “The View’s” Joy Behar, Sen. Elizabeth Warren (D-Mass.), Rep. Alexandria Ocasio-Cortez (D-N.Y.), President Joe Biden, Governor Gavin Newsom (D-Calif.) and more, it was hard to decide which moronic moment should be number one.

To enjoy more honest conversations, free speech, and big ideas with Dave Rubin, subscribe to BlazeTV — the largest multi-platform network of voices who love America, defend the Constitution, and live the American dream.

There were some rumors that Dallas Cowboys running back Tony Pollard would see more snaps, which could mean star running back Ezekiel Elliot … END_OF_DOCUMENT_TOKEN_TO_BE_REPLACED

On this week’s broadcast of FNC’s “Fox News Sunday,” former ambassador to the United Nations Nikki Haley, discussed what could happen in the 2024 … END_OF_DOCUMENT_TOKEN_TO_BE_REPLACED

Friday, a Texas jury returned a whopping judgment of $42.5 million in punitive damages against … END_OF_DOCUMENT_TOKEN_TO_BE_REPLACED

If Rep. Liz Cheney were trying to prove she’s the worst GOP politician in decades, what would she be … END_OF_DOCUMENT_TOKEN_TO_BE_REPLACED