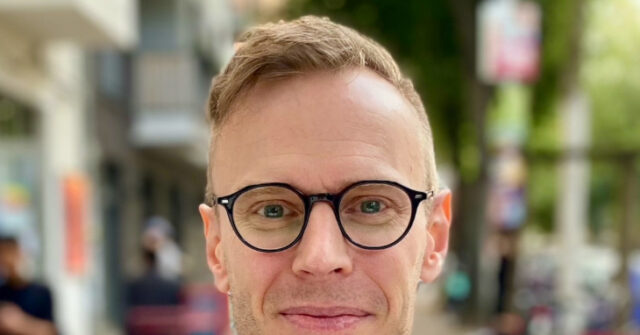 In his paper, published by the peer-reviewed academic journal Qualitative Research, Andersson admitted that “the age of the characters and the explicitness of the sex, as well as in the readers’ views on whether or how sexual desire for fictional boys is connected to sexual attraction to actual children.”

Yet despite acknowledging the illicit nature of the material, he said that he found interviewing others inadequate for his study, writing: “I realized that my body was equipped with a research tool of its own that could give me, quite literally, a first-hand understanding of shota.”

Possession of drawn child pornography is a crime in the United Kingdom, and it seems likely the materials indulged in by Andersson would meet this definition, given the paper’s own description of “very young boy characters [who] would greedily jump over the first cock that presented itself” in the material — content of which Andersson wrote: “That worked for me”.

Speaking to Breitbart London, a spokesman for the Greater Manchester Police revealed that the force has launched an investigation to determine if the “research” project had violated any laws.

“GMP received a report in relation to this matter in August 2022 and have since launched an investigation. We are working closely with the University of Manchester who are assisting us with our enquiries to establish what, if any offences have been committed.”

The spokesman told Breitbart London that as of the time of this publication: “No arrests have been made”.

I presume you have to be a very big-brained intellectual to appreciate the scholarly value of detailing how you jacked off to comics of teenage boys. pic.twitter.com/yKhrLQNkk9

Andersson claimed that he hoped through his “research” he would be able to untangle the “knot of desires for fictional boy characters will give us a better understanding of human sexuality and provide a more solid basis for policymaking.”

“The non-STEM side of higher education is just much too big, producing too much that is not socially useful.”

A University of Manchester spokesperson said: “The recent publication in Qualitative Research of the work of a student, now registered for a PhD, has raised significant concerns and complaints which we are taking very seriously.

“We are currently undertaking a detailed investigation into all aspects of their work, the processes around it and other questions raised. It is very important that we look at the issues in-depth.”

Arizona recently started building its own wall to fill the gaps along the Yuma sector of the southern border, and it is a truly innovative solution to … END_OF_DOCUMENT_TOKEN_TO_BE_REPLACED

The Left and their lapdog media are STILL busy looking for anyone and anything to blame for January 6. Their goal is to make "extremists" out of half … END_OF_DOCUMENT_TOKEN_TO_BE_REPLACED

In the first poll since the unprecedented Mar-a-Lago raid, Emerson College Polling showed that J.D. Vance, the Trump-backed Republican nominee for … END_OF_DOCUMENT_TOKEN_TO_BE_REPLACED

A group of Republican senators is pushing a bill that would prohibit U.S. Immigration and Customs … END_OF_DOCUMENT_TOKEN_TO_BE_REPLACED

In the classic 1979 comedy, The Jerk, Navin Johnson (comedian Steve Martin) excitedly chats with his … END_OF_DOCUMENT_TOKEN_TO_BE_REPLACED

Evil teachers' unions represent one of the most powerful forces in America. It is no secret that … END_OF_DOCUMENT_TOKEN_TO_BE_REPLACED

Stolen guns represent a very real problem, one many communities are trying to figure out how to deal … END_OF_DOCUMENT_TOKEN_TO_BE_REPLACED

On July 29th, a CASA C-212-200 airplane made a rough emergency landing at Raleigh-Durham … END_OF_DOCUMENT_TOKEN_TO_BE_REPLACED

Most of the defensive gun uses that we feature here at Bearing Arms have a happy ending, but … END_OF_DOCUMENT_TOKEN_TO_BE_REPLACED

Rep. Jim Jordan (R-OH), the top Republican on the House Judiciary Committee, has been fielding … END_OF_DOCUMENT_TOKEN_TO_BE_REPLACED