The polling that includes non-Republican voters is a result of Cheney soliciting Democrat voters. Wyoming Democrat party chairman Joseph Barbuto said he believes there will not be enough Democrat votes to save her.

According to the Wyoming Secretary of State’s regular reports on the numbers of registered voters in the state, registered Republicans in Wyoming have increased by 11,495 from January to August this year. The number of registered Democrats, on the other hand, has shrunk by 6,069 in the same period. Unaffiliated voters have also shrunk by 1,575. In total, the state has gained 3,816 more registered voters since January. 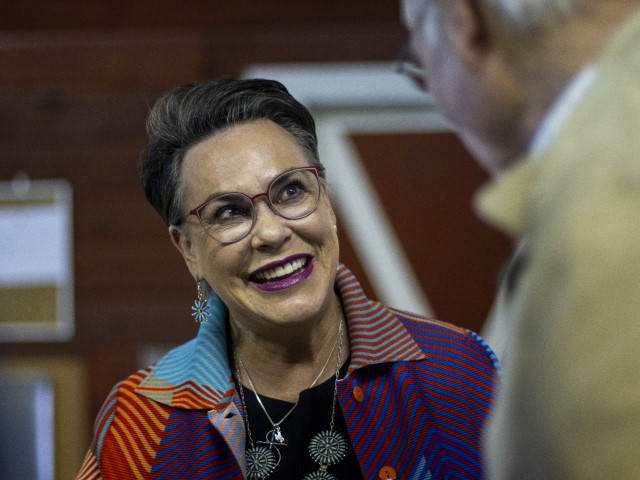 “If Cheney loses the usual Wyoming Republicans by a 2-to-1 margin, as polls suggest, she would need something along the lines of 40,000 Democrats and independents to cross over — an insanely high figure in a state where just 115,000 voted in the last midterm GOP primary,” the Washington Post reported. 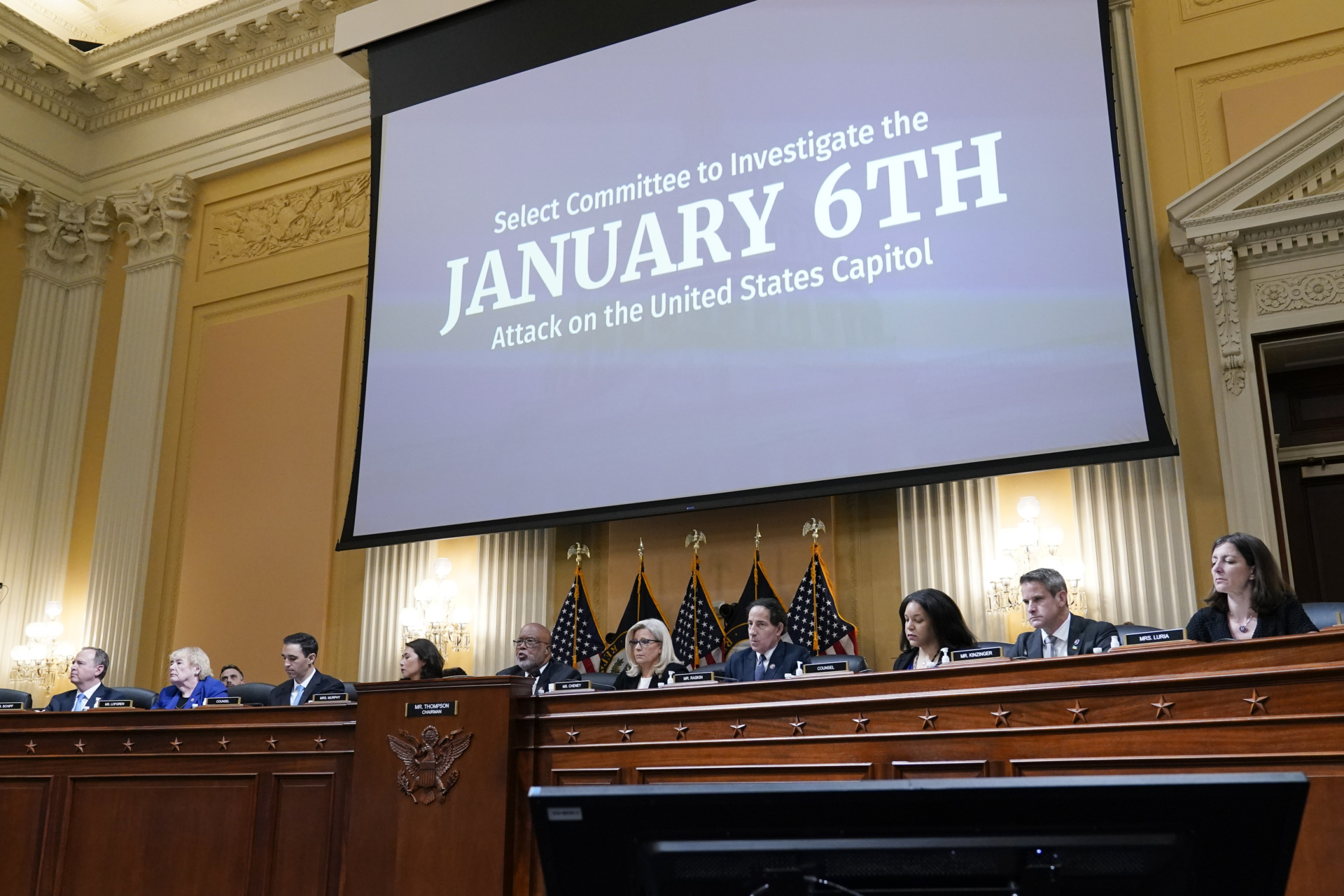 The total amount of Wyoming voters is slightly more than 284,500. Breitbart News reported that if about 6,000 non-Republicans have registered as Republicans to vote for the incumbent, that number amounts to about 2 percent of the total electorate — assuming 100 percent turnout among all voters.

It seems Cheney’s reelection campaign has been off message. Cheney has spent large amounts of time holding hearings on the January 6 Committee almost two thousand miles away from Wyoming. She has also won the support of Democrats, Democrat donors, and Hollywood elites. On Sunday, just two days before the election, Cheney won the support of disgraced former Sen. Al Franken (D-MN).

Large amounts of outside state money has backed Cheney’s reelection campaign. “More than 1,100 Californians contributed nearly a tenth of the $13 million Cheney raised through June 30 for her reelection campaign, the Los Angeles Times reported. “In that period, she received donations from just over 200 Wyoming residents, totaling more than $260,000.”

Tuesday could be the beginning of the end for Rep. Liz Cheney’s (R-WY) political career, as the Cowboy State heads to the polls to decide her fate against Trump-endorsed Harriet Hageman.

Liz Cheney, whose net worth has grown perhaps 600 percent since being first elected in 2017, will be judged at the polls on Tuesday after opposing former President Donald Trump and voting with Democrats five times in the current congressional term. If Liz Cheney loses, she would be the eighth pro-impeachment Republican to exit Congress.

“She’s not a true Republican in the sense of our Republican values here in Wyoming,” federal Agriculture Department employee Gina Kron told the New York Times. Liz Cheney should be less focused on fighting Trump and more consumed with “fossil energy,” she conveyed.

Liz Cheney’s loss would mean a two-generation establishment dynasty would come to an end in a state “where her name recognition is nearly universal and her family’s political roots run deep,” the Associated Press reported Monday. As the daughter of former Vice President Dick Cheney, Liz Cheney’s ouster would also highlight the Republican party’s ongoing transformation from an establishment uniparty to a populist party that is less interested in the globalist agenda and more interested in America First policies.

In the closing days of the race, Cheney deployed her father in a TV ad, which did not mention the state of Wyoming but mentioned Trump six times. “In our nation’s 246-year history, there has never been an individual who is a greater threat to our republic than Donald Trump,” Dick Cheney stated in the ad. 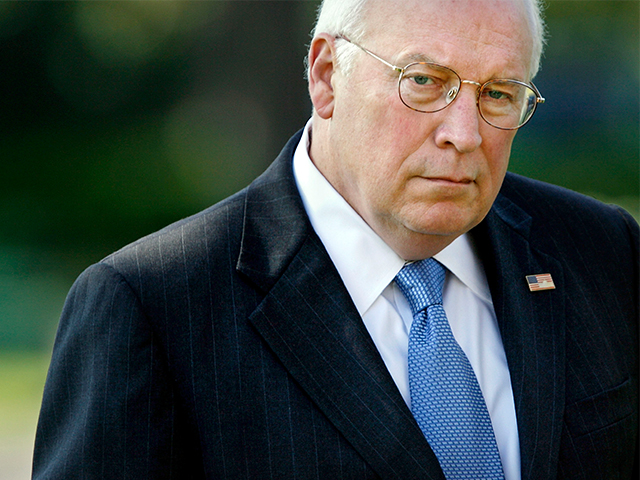 On Thursday, instead of speaking about local Wyoming issues, Cheney spouted off about the FBI raid of Trump’s home. “I have been ashamed to hear members of my party attacking the integrity of the FBI agents involved with the recent Mar-a-Lago search,” she claimed. “These are sickening comments that put the lives of patriotic public servants at risk.”

On Sunday, Cheney won the support of disgraced former Sen. Al Franken (D-MN), one of many uniparty establishment supporters in Hollywood and elsewhere. Cheney has also earned the support of Hillary Clinton and former President Barack Obama donors and has solicited Democrat votes, though the Wyoming DNC chairman believes there are not enough Democrat votes to help Cheney win.

Money from outside of the state has flowed into the race to help Cheney. In contrast, Hageman has done quite well with Wyoming voters, who have donated more than $1.2 million — more than four times what Wyoming voters have donated to Cheney, FEC data shows. Overall, Cheney has outraised Hageman by nearly three to one.

Meanwhile, Harriet Hageman’s campaign has slammed Cheney for ignoring Wyoming voters. “She’s made her time in Congress and this election all about her,” a Hageman ad reads. “Well, it’s not about her. It’s about you. Wyoming deserves a voice in Congress to fight for our values, our way of life.”

Breitbart News reported on Sunday that Cheney’s husband, Philip Perry, is a partner at a law firm that represents Hunter Biden in the Department of Justice’s grand jury probe regarding “tax issues.” As a partner, Perry holds between a $1,000,001 and $5,000,000 stake in the firm, Latham & Watkins, according to Cheney’s 2020 Personal Financial Disclosure. Perry’s fellow partner, Chris Clark, represents Hunter Biden in the “grand jury investigation regarding tax issues,” his company biography says. 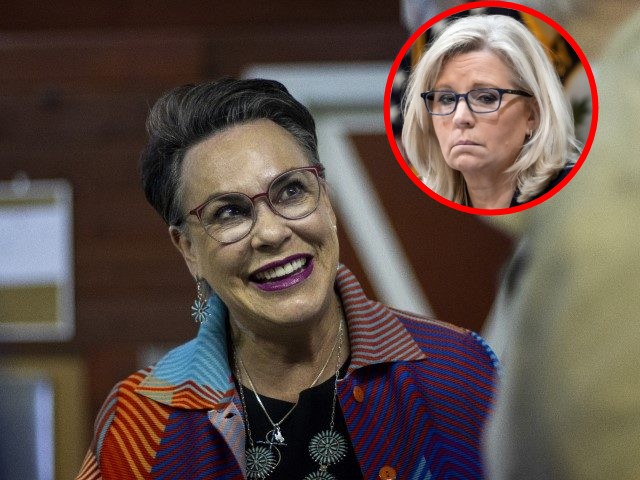 “This race is more about Liz Cheney than it is about Donald Trump,” Brad Coker, managing director of the polling firm Mason-Dixon Polling & Strategy, stated about his polling data. “The big story is Liz Cheney is going to get beat,” Coker added. “That’s a foregone conclusion.”

Our first real glimpse of First Lady style and grace was marketed by Jackie Kennedy and the Kennedy machine. Visual media was becoming an important … END_OF_DOCUMENT_TOKEN_TO_BE_REPLACED

Depending on who you ask, Sen. Marco Rubio is either cruising to reelection in Florida or he’s in a hotly contested race with Democrat Val Demings. I … END_OF_DOCUMENT_TOKEN_TO_BE_REPLACED

Buying any kind of property, sight unseen, always carries a high risk, and one New Zealand family has learned that lesson the hard way.The unnamed … END_OF_DOCUMENT_TOKEN_TO_BE_REPLACED

The head of recruitment for the United Kingdom's Royal Air Force, a senior female officer, has … END_OF_DOCUMENT_TOKEN_TO_BE_REPLACED

The Tasmanian tiger was a marsupial declared extinct in the 1930s. If one Dallas-based company has … END_OF_DOCUMENT_TOKEN_TO_BE_REPLACED

Dodge has announced a “last call” for its Charger and Challenger models, as the company is … END_OF_DOCUMENT_TOKEN_TO_BE_REPLACED

San Francisco police identified children ages 11, 13, and 14 as suspects in the brutal beating and … END_OF_DOCUMENT_TOKEN_TO_BE_REPLACED