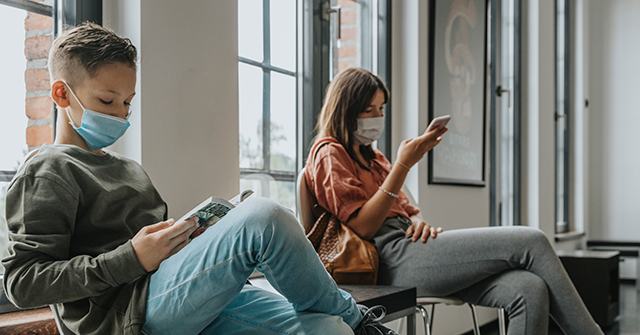 A.J. Rice, president of Publius PR and author of , said on Tuesday’s edition of SiriusXM’s Breitbart News Daily with host Alex Marlow that Generation Z — commonly known as zoomers — are having their human authenticity undermined by a combination of the “Me Too” campaign, lockdowns ostensibly issued to reduce coronavirus transmission, and excessive involvement in the digital world.

“The Me Too movement is one of these sort of cultural revolutions,” Rice stated. He warned of interpersonal skills being eroded by manufactured misunderstandings sowed between men and women via the “Me Too” narrative and displacement of face-to-face, in-person communication via inferior technological substitute mediums.

He remarked, “The younger generation … really cannot communicate with each other, and they already were bad at it. They’re always on their phones.”

Lockdowns and the “Me Too” campaign mutually reinforce a broader corrosion of relatability between people, Rice observed, noting the former’s forced reduction of socialization and the latter’s sowing of distrust between the sexes.

“The Me Too movement [is] scaring men and women from talking to each other,” he stated.

Rice said romantic pursuits between men and women are sabotaged by lockdowns, emphasizing the government’s denial of people’s access to conventional office work.

He remarked, “The lockdowns — the lack of people going to work, the lack of office Christmas parties — the data was showing that most people meet their wives at work. It’s just because you’re there. Maybe you don’t work with them. Maybe they work in the office next door, but all of that, it’s part of the human experience, [which] is totally under assault.”

“That really is breaking down the fabric of society,” he continued. “Maybe that’s what they want. The way this has been handled — with the shaming of men on one hand, and then the total lockdowns keeping us all away from each other — you’re going to have a generation of kids, these Gen Z’ers, they’re not going to have interpersonal communication skills, at all. To me, that was heartbreaking and something to sort of shine a light on.”

Marlow cautioned of the digital universe’s negative effects on human sociability given its removal of fundamental communication cues. Many people view themselves through the lens of their online personas, he added.

“People joke that Twitter is not real life,” he shared. “It’s an expression that a lot of people use, but I think it increasingly is becoming real life. There are more and more people in my life who I’m finding that really think of themselves as their online avatar and the composite of their social media footprint.”

Rice replied, “Millennials, for all the guff they get from the media, they really are concerned with purpose, which isn’t necessarily a bad thing. The generation after us, which you’re talking about — Gen Z — they’re obsessed with identity.”

He concluded, “They want to create their online identity and make that their identity. They’re the most identity-obsessed generation in history, yet they actually have no personal identity. Their identities are either digital or some race, gender, sexual orientation identity. That’s it. So then being authentically human is being left on the cutting room floor.” 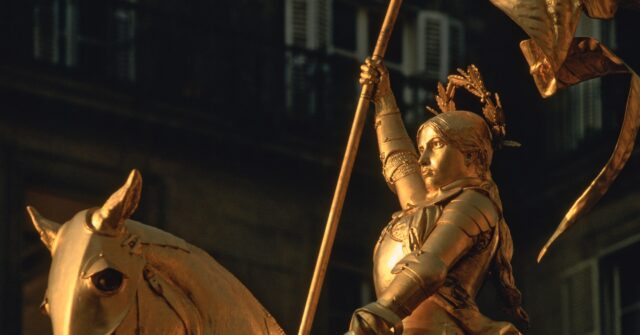 Shakespeare’s Globe theatre in London has announced that it will portray famed French woman warrior and Catholic saint, Joan of Arc, as a gender-neutral character with “they/them” pronouns in an upcoming play.

Joan of Arc, a 15th-century peasant girl who became one of the most famous women in history after leading a French army to victory as a teenager over the English at the besieged city of Orléans in 1429, claiming to have been divinely inspired after seeing a vision of the Archangel Michael, will now be cast as a non-binary character in the Globe Theatre’s new play, I, Joan.

The woke theatre, which stands upon the grounds where William Shakespeare’s original theatre once was, said that the production will see Joan of Arc use the “they/them pronouns” which have become fashionable amid the transgender mania sweeping the Western world.

While the Globe admitted that the play is not intended to be historically accurate, a press release tried to justify the use of the pronouns by claiming that the use of “they” to refer to a single person had been in use in the English language prior to the birth of Joan of Arc.

“History has provided countless and wonderful examples of Joan portrayed as a woman. This production is simply offering the possibility of another point of view. That is the role of theatre: to simply ask the question ‘imagine if?’” the playhouse said.

“We are not the first to present Joan in this way, and we will not be the last,” the Globe added.

Indeed, earlier this year the streaming service Discovery+ also cast the Catholic saint as “non-binary” in its historically questionable LGBTQ+ docuseries The Book of Queer.

Our new play I, Joan shows Joan as a legendary leader who uses the pronouns ‘they/them’. We are not the first to present Joan in this way, and we will not be the last. We can’t wait to share this production with everyone and discover this cultural icon.https://t.co/19T7baWsRk pic.twitter.com/lrgOC59TvQ

Though Joan of Arc was burnt at the stake at the age of 19 after being captured by the English for, among other things, committing blasphemy by donning male clothes, there has never been any historical evidence to suggest that she considered herself as anything other than a woman.

For her heroics, including fighting on in the battle for Orléans after sustaining injuries from archers, she has become a national hero of France, and one of the nation’s patron saints after being canonised in 1920.

Aside from her prominence as a religious figure, St Joan has for centuries been an inspiration for women, given her role as one of the few females to serve prominently in battle in history.

Criticising the woke move to strip St Joan of her femininity, former Reuters journalist Sophie Walker commented: “When I was a little girl, Joan of Arc presented thrilling possibilities about what one young girl could do against massed ranks of men. Rewriting her as not female and presenting it as progress is a massive disappointment.”

Author Joan Williams added: “As a little girl (child human female) I identified with Joan because there were so few historical women (adult human female) who fought in battles. Stop erasing her achievements. Little girls, like I was, need strong female role models more than ever.”

It is not the first instance of The Globe taking literary licence with historical accuracy to conform to modern progressive standards. The playhouse, which recently embarked upon a project of “decolonising the plays of Shakespeare,” also cast a black actress to play the role of Brutus in Shakespeare’s Julius Caesar, which was also slapped with a “trigger warning” for supposedly offensive content, for example.

Our first real glimpse of First Lady style and grace was marketed by Jackie Kennedy and the Kennedy machine. Visual media was becoming an important … END_OF_DOCUMENT_TOKEN_TO_BE_REPLACED

Depending on who you ask, Sen. Marco Rubio is either cruising to reelection in Florida or he’s in a hotly contested race with Democrat Val Demings. I … END_OF_DOCUMENT_TOKEN_TO_BE_REPLACED

Buying any kind of property, sight unseen, always carries a high risk, and one New Zealand family has learned that lesson the hard way.The unnamed … END_OF_DOCUMENT_TOKEN_TO_BE_REPLACED

The head of recruitment for the United Kingdom's Royal Air Force, a senior female officer, has … END_OF_DOCUMENT_TOKEN_TO_BE_REPLACED

The Tasmanian tiger was a marsupial declared extinct in the 1930s. If one Dallas-based company has … END_OF_DOCUMENT_TOKEN_TO_BE_REPLACED

Dodge has announced a “last call” for its Charger and Challenger models, as the company is … END_OF_DOCUMENT_TOKEN_TO_BE_REPLACED

San Francisco police identified children ages 11, 13, and 14 as suspects in the brutal beating and … END_OF_DOCUMENT_TOKEN_TO_BE_REPLACED