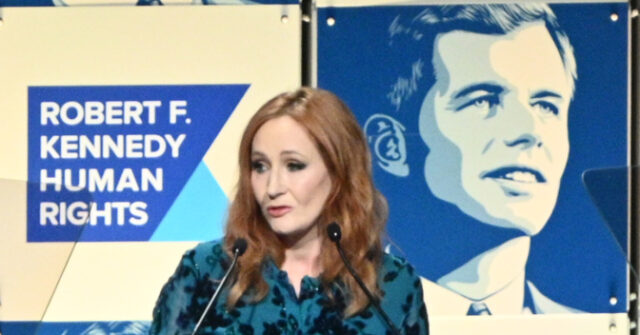 (AFP) – Scottish police said on Sunday they were investigating an apparent “online threat” made to Harry Potter author JK Rowling in response to her tweet supporting Salman Rushdie following his stabbing.

“We have received a report of an online threat being made and officers are carrying out enquiries,” said a Police Scotland spokeswoman.

The 57-year-old writer tweeted on Friday that she was “feeling very sick right now” as news broke of the attack on Rushdie in New York state.

In response, a user tweeted “Don’t worry you are next”.

Rowling shared a screenshot of the reply, asking Twitter moderators “any chance of some support?”

“These are your guidelines, right? ‘Violence: You may not threaten violence against an individual or a group of people’,” she added.

‘You Are Next’ – Harry Potter Author Rowling Receives Death Threat After Rushdie Stabbinghttps://t.co/lvf2ZsAylM

The tweet appeared to have been taken down on Sunday.

The author also tweeted that police had been informed.

Hadi Matar, 24, was arraigned in court in New York state on Saturday, with prosecutors outlining how Rushdie had been stabbed approximately 10 times in what they described as a planned, premeditated assault.

Rushdie’s agent Andrew Wylie had said the writer was on a ventilator and in danger of losing an eye, but in an update on Saturday he told the New York Times that Rushdie had started to talk again, suggesting his condition had improved.

‘Talking and Joking’ – Salman Rushdie Said to Be Off Ventilator After Brutal Stabbing https://t.co/2aJ6odmEf6 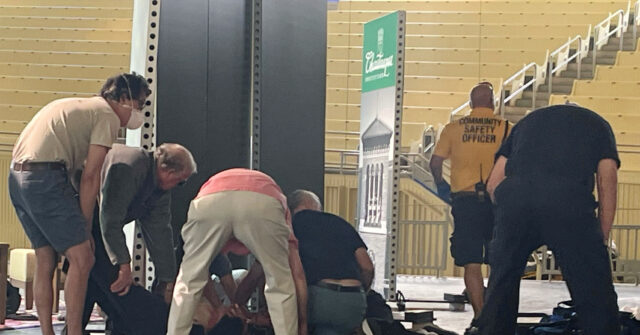 Salman Rushdie’s agent has said “the news is not good” in an update on his condition after being stabbed on stage in New York.

The 75-year-old author, who was born in India and has British and American citizenship, was stabbed repeatedly by an assailant named as Hadi Matar while giving an interview before a live audience at the Chautauqua Institution on Friday.

“Salman will likely lose one eye; the nerves in his arm were severed; and his liver was stabbed and damaged,” his agent, Andrew Wylie, has said in a statement quoted by the BBC, adding that he is currently on a ventilator and unable to speak.

While a motive for the attack has yet to be disclosed by the authorities, who have said Rushdie was stabbed at least once in the neck and once in the abdomen, radical Muslims have been baying for the author’s blood since the publication of his book The Satanic Verses in the 1980s, which included fictionalised interpretations of the life of the Islamic prophet regarded as blasphemous.

Indeed, the Ayatollah Khomeini, then-Supreme Leader of the Islamic Republic of Iran, issued an Islamic fatwa calling for the murder of Rushdie and his publishers in 1989 and put a bounty on his head, which has been raised several times over the years and is now worth millions of dollars.

A number of people connected to The Satanic Verses have indeed been killed or seriously injured before now — its Italian translator, Ettore Capriolo, was stabbed multiple times in the chest, neck, and hands at his home in Milan by an assailant he described as Iranian in 1991, and its Japanese translator, Tsukuba University professor Hitoshi Igarashi, was found stabbed to death on his Tokyo campus days later.

The book’s Norwegian publisher, William Nygaard, was shot three times in the back outside his home in Oslo in 1993, allegedly by an Iranian diplomat and two Lebanese men, but like Capriolo, he managed to survive.

Perhaps the most gruesome such attack was carried out by a mob in Sivas, Turkey, which attempted to kill Aziz Nesin, a Turkish atheist who attempted to publish a Turkish translation of Rushdie’s book, by burning down a hotel he was staying in.

Nesin escaped the blaze, but 37 others, including two of the arsonists, perished in the flames.

France’s Ministry of Education proposes holding tributes in schools to the memory of teacher Samuel Paty, who was beheaded in the street last year by a terrorist refugee for showing cartoons of the Islamic prophet during a class on freedom of expression https://t.co/0npbIdtVEU

Days after House Speaker Nancy Pelosi enraged Chinese officials with a trip to Taiwan, a congressional delegation made an unannounced two-day visit of … END_OF_DOCUMENT_TOKEN_TO_BE_REPLACED

Welp, now it’s getting really interesting, America. “It,” of course, being the FBI raid on Donald and Melania Trump’s private residence at Mar-a-Lago. … END_OF_DOCUMENT_TOKEN_TO_BE_REPLACED

Levi Strauss & Co. heir Dan Goldman has reportedly thrown millions of dollars from his own … END_OF_DOCUMENT_TOKEN_TO_BE_REPLACED

EAGLE PASS, Texas — Within the course of a few short hours, nearly 700 migrants waded across the Rio … END_OF_DOCUMENT_TOKEN_TO_BE_REPLACED

President Joe Biden rode his bike in front of reporters again on Sunday, this time peddling along … END_OF_DOCUMENT_TOKEN_TO_BE_REPLACED

I remember asking early on in the pandemic, “if masks and lockdowns work so well, why aren’t they, … END_OF_DOCUMENT_TOKEN_TO_BE_REPLACED

The older brother of a U.S. Marine who was killed during the tumultuous U.S. withdrawal from … END_OF_DOCUMENT_TOKEN_TO_BE_REPLACED

One person is dead, and 17 others are injured after a driver crashed his vehicle into a crowd of … END_OF_DOCUMENT_TOKEN_TO_BE_REPLACED